When the new 1980s-era Verdansk map came to Call of Duty Warzone, there were plenty of new POIs and off-the-grid spots to explore. However, one thing that has remained a bit of a mystery is the series of currently sealed or blocked openings into some mines.

These mine entrances can be found in the areas you’d expect. There are plenty around the Salt Mine POI, and others can be found north of Airport around the Old Mine. But players have noticed by peeking through gaps in the barriers or gates, or by actually clipping themselves through them, that they are not just there for aesthetic reasons.

These mysterious Warzone mines appear to be lying dormant for use in the future, whether it be for an easter egg, an in-game event, or whatever else Activision can dream up. They appear to be the Verdansk ’84 equivalent of the bunkers we had in the previous Warzone map.

So, where are these mines on the Warzone map? What’s inside at the moment? And what could they be used for?

Here’s everything we know about the Call of Duty Warzone mines.

In Warzone Season 6, there appears to be two main underground mine locations, with several entrance points into each one. The mines are located underneath Old Mine and to the northwest of Salt Mine. 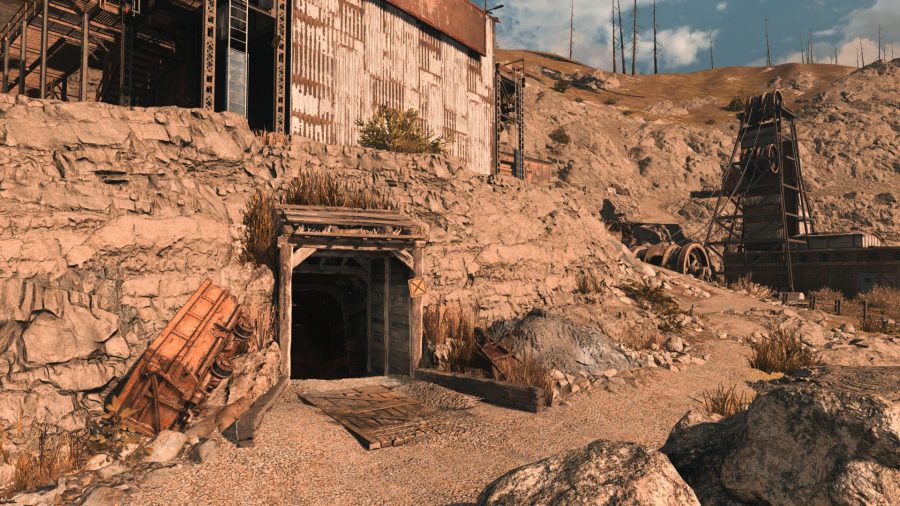 The one at Salt Mine appears to cover quite a large area, but hardly anything is known about it. The one at Old Mine is smaller, but is actually referenced in the official Warzone Strategy Guide map, with screenshots of its fully-rendered interior. However, it is not (legitimately) possible to access yet.

If you want to go and scope these mines out for yourself, here are all the potential Warzone mine entrances we’ve found so far.

Warzone mine locations – Old Mine

There are three mine entrances visible around the Old Mine buildings in Warzone. The first is directly underneath the largest building, built into the rockface. The next one is just behind the central building with the tower jutting upwards, and the last is just to the right of that one, before you get to the tiny shack next to the entrance to the road tunnel. 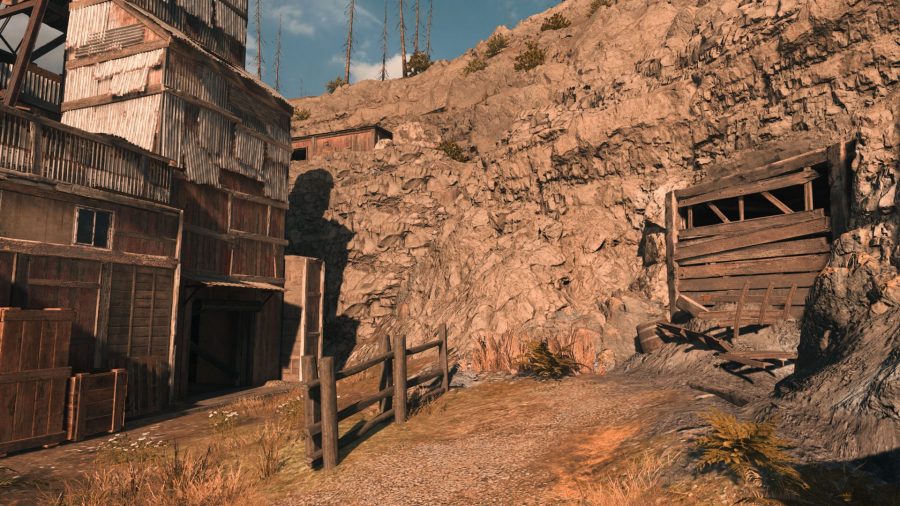 There is also a sealed door built into the west wall of the adjacent road tunnel. It is completely sealed and has ‘BO’ written above it in Russian (no, it doesn’t say ’60’). This is said to be the only entrance into the mine, according to the Warzone Strategy Guide, but how to unlock it is “[Redacted]”. 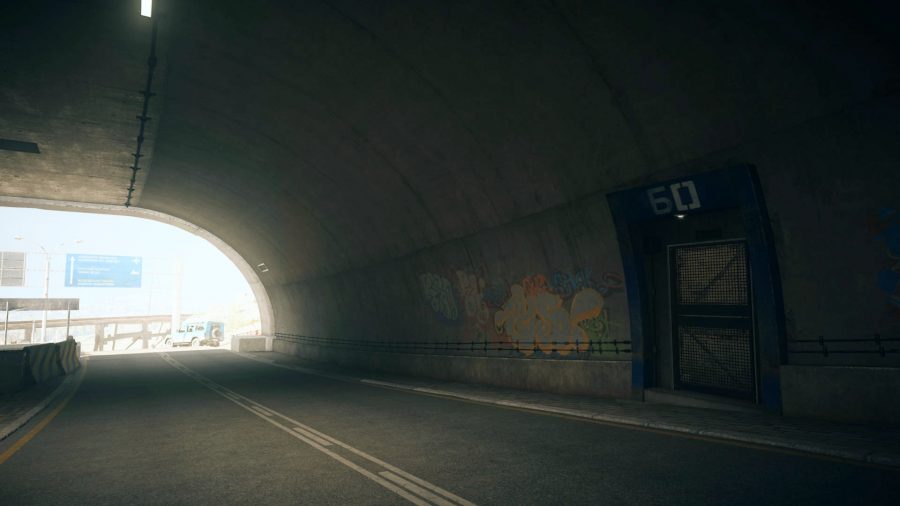 There is also an inaccessible shack perched on the cliff ledge above Old Mine. This would sit on top of the layout of the underground mine, and could at some point open up to become another mine entrance.

Warzone Mine Locations – Salt Mine

The most obvious Warzone mine entrances are in the back courtyard area of Salt Mine to the north. Following the rail track that leads into the cliff will show you one, and there’s also a smaller one at the end of the dirt path above it.

To the east of that is a smaller tunnel with what looks like another potential entrance (look for the big silver pipes). Moving east again, you come to the huge main entrance to the mine, but this is “currently sealed to operators”, according to the Warzone Strategy guide. “Currently”, eh? 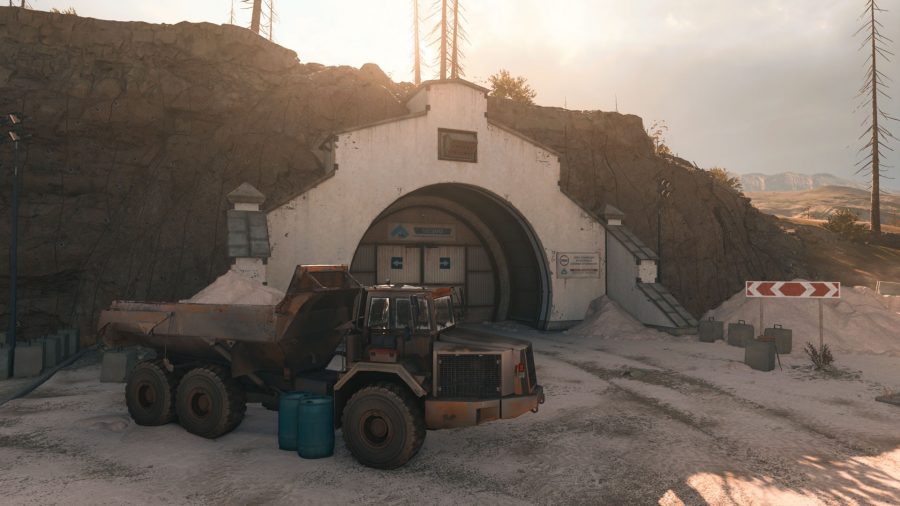 Going up the hill that is northwest of the Salt Mine, you’ll come across two similar-looking entrances within a few metres of each other.

At the peak of the hill as another inaccessible shack that looks similar to the one in Old Mine. While unlikely, this could potentially become unlocked and act as another above-ground entrance into the mine.

To the northeast of that, opposite the shack in grid square H2, is another entrance built into the rockface. 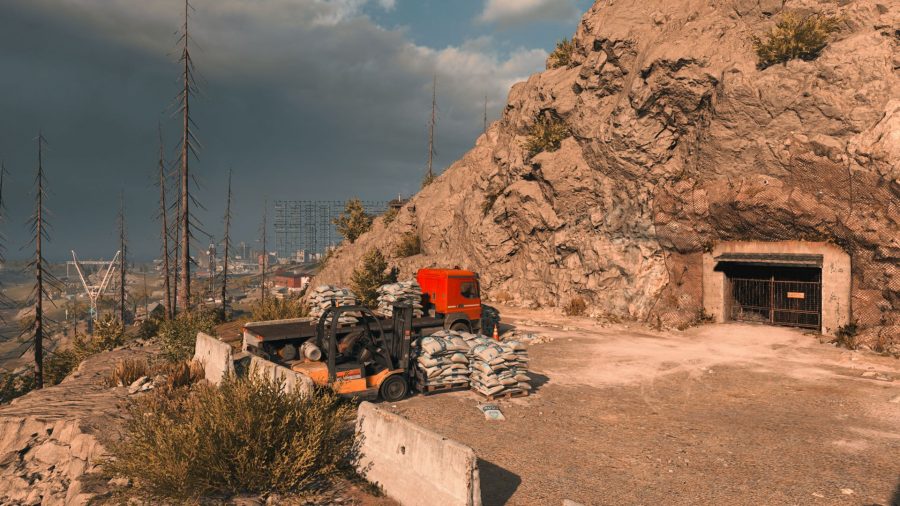 And finally, if you go about 100 metres northwest of that entrance, you’ll find another route into the mine. This one tempts you in as it looks unblocked, but once you start making your way through the tunnel, some blocked doors will greet you. 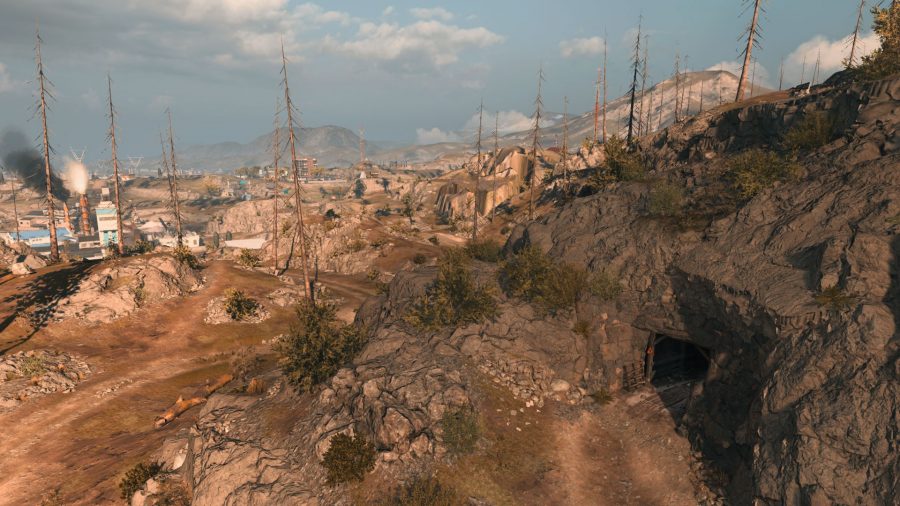 It’s not totally clear if all of these Salt Mine entrances lead into one massive connected underground area, or if there are two or three separate mines. We guess we’ll know once they’re open!

What’s in the Warzone mines?

As for what is inside the Warzone mines at Salt Mines, we’re not totally sure.

However, we do know what’s inside the one underneath Old Mine. Not only does the Warzone Strategy Guide contain some images of the space, but some players managed to clip their way through the locked ‘BO’ door in the road tunnel to gain access and look around.

There’s nothing too exciting in there yet, but here’s what they found:

When will the Warzone mines open?

There’s been no word on when the Warzone mines will open up and become accessible. It’s almost certain that the Old Mine mine will at some point, due to that cryptic [Redacted] reference.

However, with time running out before Verdansk disappears from Warzone to make way for the new Caldera map, there’s a good chance that it could open as part of the Secrets of the Pacific event on November 24, or the End of Verdansk event which will happen in early December.

With Activision promising that players will be able to get intel on the new Caldera map as part of these events, maybe the mines are where you’ll be able to find it.

That’s all we know so far about these mysterious Warzone mines, but we’ll update this guide once more information is out there.