In Call of Duty Warzone, there are quite a few options when it comes to choosing the best assault rifle for your best Warzone loadouts – and now there’s one more gun to consider. Warzone Season 3 has introduced the Nikita AVT and it’s a beast. If you’re looking for the best Nikita AVT Warzone loadout specifically, we’ve got you covered.

As the fastest-firing Vanguard assault rifle right now, expect this weapon to absolutely shred through your enemies at close ranges. It’s a great option for those of you who fancy an SMG, but want a little more range in your primary weapon. Of course, you’ll need to have a good Nikita AVT Warzone loadout if you want to manage the recoil kick that comes with the high fire rate – but we have you covered.

So, keep reading and we’ll let you know everything you need to about putting together a great Nikita AVT weapon build and a fantastic class to go with it.

Alright, let’s jump straight into it. FaZe Clan’s Ean ‘Booya‘ Chase has thrown together one of the best Nikita AVT Warzone loadout builds we’ve seen so far. Here’s everything you need to know:

This Nikita AVT Warzone Loadout is almost exclusively all about speed – but that doesn’t mean you shouldn’t think about balancing the other aspects of this weapon. So, that’s why Booya has opted for the MX Silencer, a common choice nowadays, and the Lengthened ammunition for additional bullet velocity. When you couple this with the Empress 613mm BFA and the ZAC MS stock, you’ll have a weapon that will excel in close-quarters combat.

Having the larger magazine equipped is always useful, because this weapon is going to shred through ammo. The Polymer Grip and M1941 Hand Stop both also add much-needed ADS and accuracy, but this weapon is built for being in someone’s face. 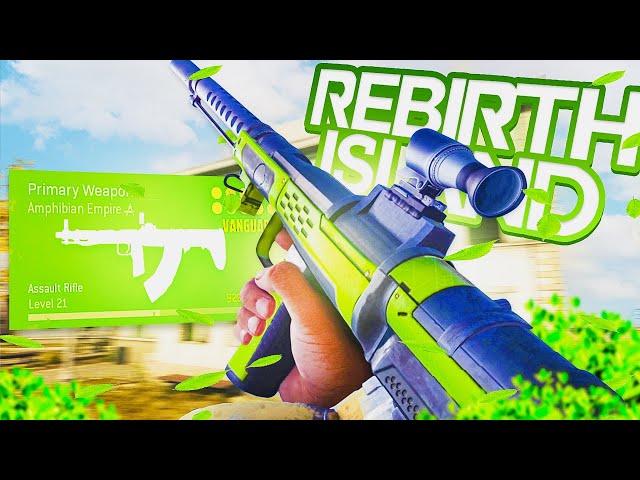 As a fast-firing automatic weapon, you’re going to want to pair this with a long-range option. If you’re a fan of sniper rifles, we can’t recommend this Kar98k Warzone loadout enough – it’s the best there is right now.

If you don’t want to sit that far back, then you could do worse than this Bren Warzone loadout or this M1916 Warzone loadout – we know, the other Season 3 weapon? What’s that doing in there? You’ll be pleased to know that it’s also quite good at hitting enemies from a distance.

Despite the fact that Raven Software have made some major tweaks to perks in recent months, the combination of Double Time, Overkill, and Combat Scout remains the best option.

As for lethals, Throwing Knives and Semtex are solid choices. For the tactical equipment slot, the Heartbeat Sensor remains a good defensive option while the Stun Grenades remain a great offensive choice.

That’s all there is to know about putting together a Nikita AVT Warzone loadout for your next game. Is it going to break the Warzone meta? We don’t know, but it’s shaping up to be one of the best Warzone guns available right now.