The LAPA entered Call of Duty: Warzone during spooky season, and it can definitely be made into a frighteningly good SMG with the right attachments.

While it isn’t a rapid-fire shredder like the MAC-10, for example, and sadly has quite a small standard magazine size, the LAPA instead boasts decent recoil control and damage range. It’s certainly catered to high-skill players too, with decent damage numbers for neck and head shots. This means that if your aiming is on point, the LAPA can achieve faster time to kill stats than most SMGs in the Warzone meta right now.

While it probably won’t become as popular a pick as a great Bullfrog Warzone loadout, the LAPA is certainly generating some interest among super competitive players. After looking over a number of potential attachment combinations, we think we’ve found the best LAPA loadout in Warzone Season 6.

We believe this is the best LAPA build in Warzone Season 6, and it comes courtesy of everyone’s favourite spreadsheet-toting streamer, ‘JGOD’. This is a pretty regular build for an SMG like the LAPA, but this is definitely the best possible choice of attachments for your loadout.

Frustratingly, the LAPA’s iron sights are pretty horrific, so an attachment slot will have to be spent on an optic. In this case, it’s the regularly used Microflex LED. This does mean that there is no barrel attachment to help with range and bullet velocity, but this is an area the LAPA is pretty strong in as standard, so it shouldn’t feel like you’re at too much of a disadvantage compared to other SMGs.

On paper, we liked the idea of having the LAPA as a sniper support option and including it in a Swiss K31 Warzone loadout. However, it’s likely best suited in a traditional one AR, one SMG loadout. 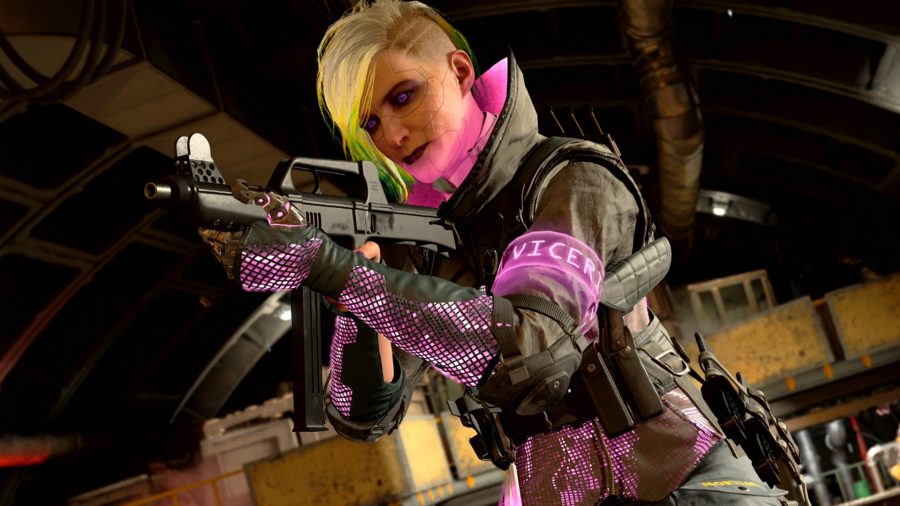 Here’s our picks for the best perks and equipment options for this LAPA Warzone loadout.

For perks, we’d go for Double Time, Overkill, and Amped. This trio of perks works perfectly for any AR and SMG loadout.

For equipment, Stun Grenades are a great way of preventing enemies from pushing you while also helping you get aggressive with pushes too. We’d pair that with Semtex for decent explosive damage, or maybe Throwing Knives, which are great for finishing off downed opponents swiftly.

Give this LAPA Warzone loadout a try in Season 6, and it could soon become your favourite SMG in the game.