Finding the perfect weapon in Call of Duty Vanguard may take a lot of trial and error. There are over 25 primary weapons to choose from, and each one has dozens of attachments that you can apply to the ten attachment slots. It’s a bit of a minefield, so to save you hours of time experimenting with different weapons, we’re cutting to the chase with our best Vanguard guns guide.

From lethal assault rifles, to brutal close-range submachine guns, to deadly accurate snipers, these are the meta guns you should be using in Vanguard right now. Some are incredibly popular, and you will have likely felt the full force of some of them already if you’ve hopped into Vanguard multiplayer. Others, however, are hidden gems that players don’t seem all that aware of right now.

Of course, the right combination of attachments can make or break a gun, so we’ll be sure to link the best loadouts for each Vanguard weapon alongside every entry in this best Vanguard guns list.

So let’s jump in and take a look at the best Vanguard guns for frying in multiplayer.

These are the best Vanguard guns you can use in the build up to Season 1:

The first assault rifle you encounter in Vanguard is the STG44, and conveniently, it’s one of the best guns in the game. If you’ve already hopped into multiplayer, you’ll know this already, as it’s probably the most used gun in the game right now.

With the right attachments it offers very low recoil and high damage, with very small amounts of damage drop off at range. What more do you want from an AR? Some ammo types also make it a nuisance to play against, and can sometimes result in two-shot kills. 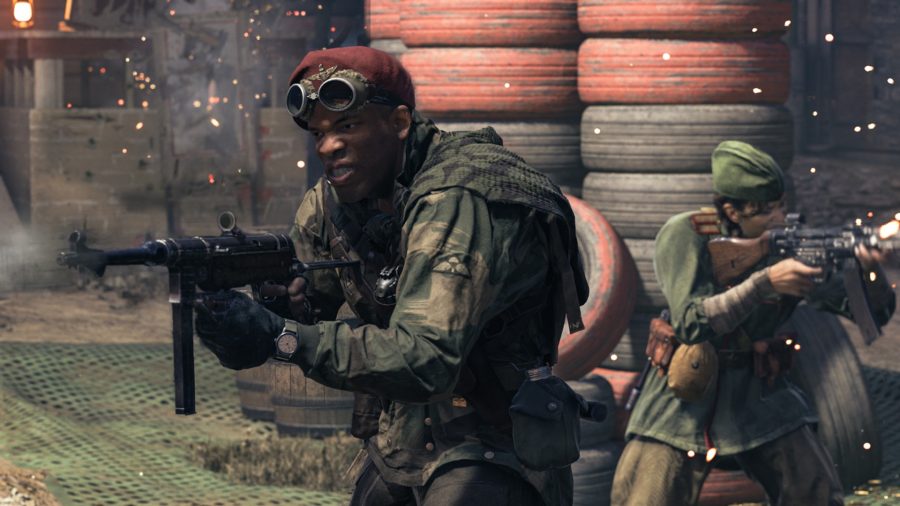 Similarly to the previous entry, the MP40 is Vanguard’s first SMG – and it’s probably its best too.

The MP40 can be kitted out to outgun some assault rifles at range, but can also be customised to give you rapid movement, quick ADS times, and a savage damage output at close range. It is with out a doubt one of the best Warzone guns.

To find out how best to kit it out, check out our MP40 Vanguard class guide.

If you love nothing more than sprinting around Vanguard’s smaller maps and getting up in players’ grills with some aggressive SMG slaying, the best Vanguard gun for the job is the M1928, also known as the Thompson.

The M1928 boasts a big magazine as standard and a high rate of fire, making it perfect for getting multi-kills at close range. While its recoil is high and damage range not great either, these areas can both be improved massively with the right attachments (our M1928 Vanguard class will show you the way). 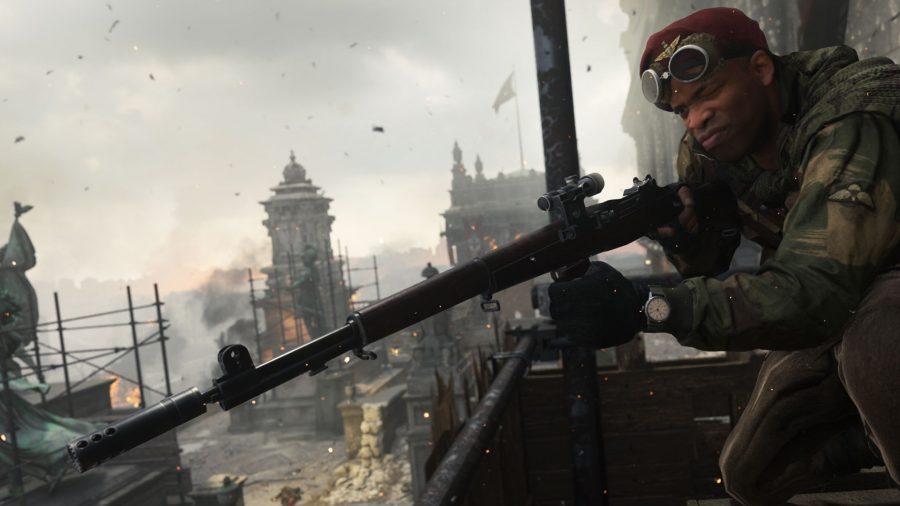 If you want to snipe in Vanguard, there is one sniper that sits above the rest – the Kar98k. With deadly accuracy and powerful damage, it’s the best gun for those that want to sit back, watch over lanes, and ping some heads.

Try out our Kar98k Vanguard class, and you’ll see why it’s one of the best guns in the game.

While it trades damage output for accuracy and fire rate – making it feel a bit like an SMG – the Automaton assault rifle has become one of the best and most popular Vanguard guns in its class.

With the right attachments, however, those low damage numbers can be jacked up to make it a formidable opponent. Check out our Automaton Vanguard class for the best build. 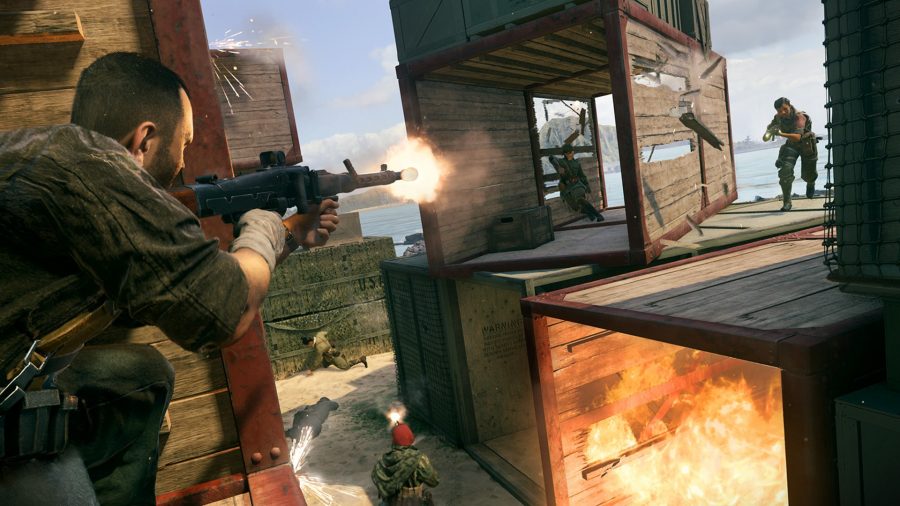 There are a few overpowered shotguns in Call of Duty Vanguard, but the best of the bunch is the Combat Shotgun.

For blasting your way through small maps like Shipment or Das Haus, there is no better tool for the job than this devastating shotty. For the very best combination of attachments, check out our Combat Shotgun Vanguard class.

So that’s our rundown of the best Vanguard guns to use in multiplayer right now. While they might be superior picks in multiplayer, we wouldn’t necessarily recommend them for Zombies fans. Check out our best Vanguard Zombies loadout if you want to find out the best way to take on the hordes.