Call of Duty: Vanguard provides a new spin on Zombies, with the narrative veering towards evil gods and occults, and Treyarch clearly trying to make objective-based zombies experiences more prevalent.

At launch, the only Vanguard Zombies mode is Der Anfang, which tasks you with completing a series of objectives set across an always changing lineup of areas from Vanguard’s multiplayer maps. It’s a far cry from the traditional, round-based Zombies experience most long-time fans expect, and clearly looks to build on what Outbreak tried to achieve in Black Ops Cold War.

Even if it’s not a traditional experience filled with difficult easter eggs and wonder weapons, you’ll still need to be equipped with the best Vanguard Zombies loadout to maximise your chances of reaching high rounds in Der Anfang. We’re on hand to bring you the best starting loadout to take into a Vanguard Zombies game, as well as the perks, covenants, and equipment you should work towards getting to make the ultimate loadout for those high rounds.

Here’s our pick for the best Vanguard Zombies loadout.

At the start of a Vanguard Zombies game, you can take in your own custom loadout, made up of one weapon and one artifact (which are reskins of Black Ops Cold War’s field upgrades).

Our pick for the best starting loadout in Vanguard Zombies sees the Combat Shotgun as the weapon of choice. Unlocked at just level 14, most players will get access to this gun relatively soon after Vanguard launches. Despite being available early on in the game, it’s a unit at blasting away zombies, with surprisingly decent range too.

The artifact of choice in our opinion is the Aether Shroud, especially if you’re playing solo. When used, it cloaks you in invisibility for five seconds, making it the perfect get out of jail free card if you find yourself in a tight spot. If you’re playing as a squad, Ring of Fire is also viable. 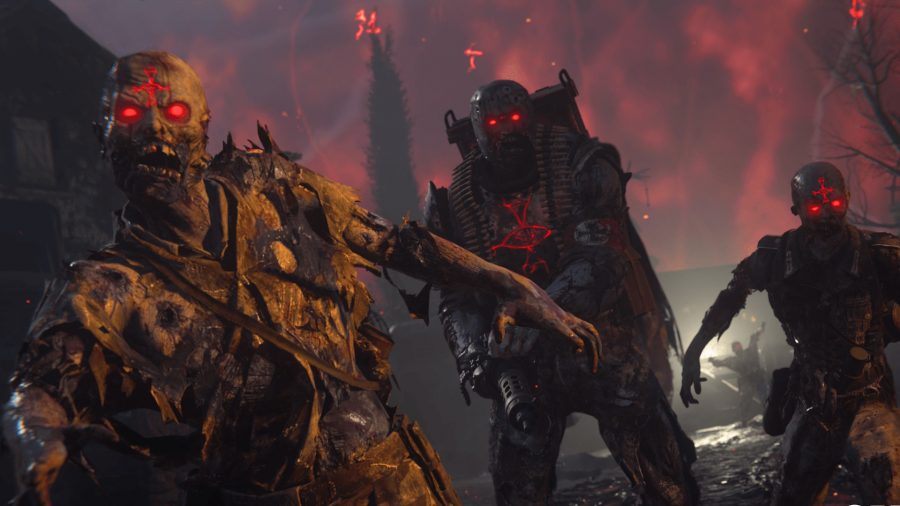 For the absolute best loadout in Vanguard Zombies, you’ll need to work towards obtaining certain equipment, perks, and covenants, finding a strong secondary weapon, and of course, Pack-A-Punching.

We’ll explain how to get everything shortly, but here’s how we think your best Vanguard Zombies loadout should look:

As you can see, the Combat Shotgun is still the star of the show here. When Pack-A-Punched, it’s pretty unstoppable, and while reloading can often be a concern for those running shotties in Zombies, as you’ll see shortly our covenant choice deals with that.

In fact, it’s so strong, you probably won’t need to use your secondary, but it’s always worth having something in your back pocket in case things get a bit too intense or ammo is in short supply. While the base MG42 is a bit puny, its a very good Pack-A-Punched weapon with an enormous magazine. It’s the ideal choice for putting DPS into tankier enemies.

The Aether Shroud also remains from our initial starting loadout, and continues to be a great option for escaping sticky situations. 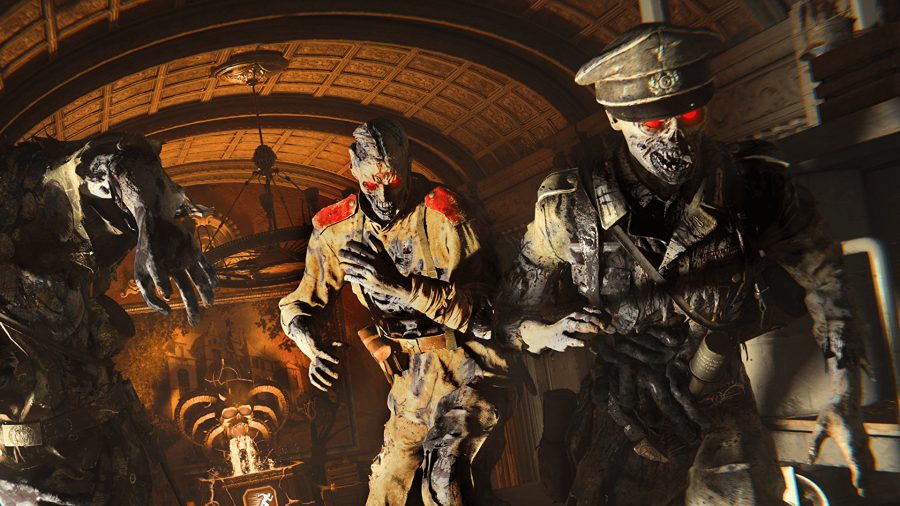 Our line-up of Vanguard Zombies covenants in this loadout perfectly suits the shotgun playstyle. Death Blow is the most important, as it can return a bullet to your clip if you hit a critical shot. That means if you keep aiming for the head, the Combat Shotgun will rarely run out of ammo, and you can keep blasting to your heart’s content.

The other covenants are useful, but interchangeable if there are others you prefer. Mother Lode gives you the chance to not lose your equipment when you throw it (very useful for spamming Monkeys and grenades during those intense objectives), while Brain Rot can cause Zombies you shoot to go rogue and start attacking their own kind. This is handy for some extra damage while clearing waves.

Monkeys are absolutely crucial to have in your tactical equipment slot, so always pick them up if they drop as loot. Frag Grenades are an effective and common explosive choice in the lethal slot.

Of course, there are five Vanguard Zombies perks to get too. All five can be grabbed for free, but it’ll cost to upgrade them. While obviously we recommend upgrading them all, we would prioritise upgrading Fiendish Fortitude and Diabolical Damage first.

With this Vanguard Zombies loadout, you’ll be pretty unstoppable when grinding those objectives in Der Anfang. While a Vanguard STG 44 class might be a winner in multiplayer, you need to take a different line of thinking when it comes to Zombies.