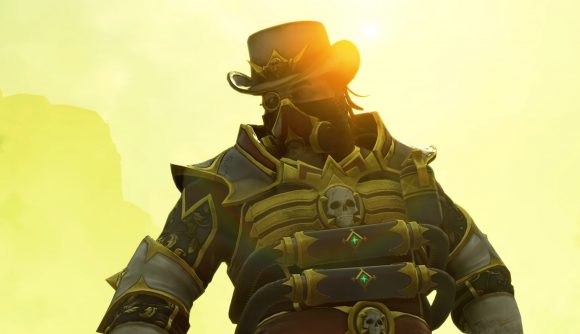 Apex Legends is getting solos next week, although it’s not what you might expect. The news comes with the Chaos Theory Collection Event patch, which also brings Apex players a new item, a ‘Survival Slot’ in their inventory, an LTM, and an anticipated Caustic nerf.

We’ll start with the biggest news: you’re now able to drop into Kings Canyon and Worlds Edge on your lonesome, with no teammates to back you up (or let you down). However, there’s a catch, and the monkey’s paw has curled, meaning that those choosing to attempt a solo battle royale victory will have to fend off whole teams of opponents. That’s right, players who solo queue will be matchmade with full teams in Duos or Trios.

Respawn explains that it “still strongly believes that, at its best, Apex Legends is a game about teamplay,” however it is implementing a solo-queue option for players who want to complete objectives, test out the newest character in Apex Legends, Fuse, or take some screenshots for a guide.

Admittedly, you’ll have first pick of the loot if you uncheck the ‘Fill Matchmaking’ box that is automatically enabled, but it seems like a tricky trade-off. Personally, we’re just excited for all the content that the likes of Shivam ‘ShivFPS’ Patel, Noyan ‘Genburten’ Ozkose, and the biggest streamers, will undoubtedly provide while playing solo. The option will not be available in Apex Legends ranked matches, however, and a maximum of six solo players will appear in any single lobby.

Other additions in the March 9 patch include a new ‘Heat Shield’ item that acts like Gibby’s Dome Shield, except it only protects you from taking ring damage. It also can be carried in the new Survival Slot in your inventory, which ensures Heat Shields and Mobile Respawn Beacons don’t take up valuable space in your backpack.

The Chaos Theory Collection Event also gives players a bunch of new legendary skins to obtain, a new rewards track, as well as Bangalore’s heirloom. You can also jump into Caustic’s Town Takeover, which has given the Water Treatment location in Kings Canyon a toxic makeover. His noxious fumes have also seen off Mirage Voyage, but it’s unlikely to be the last time we see Mirage’s floating party boat.

The Ring Fury Escalation playlist will also be playable. Small Ring Flares will appear inside the ring (courtesy of Maggie) and deal damage equal to the current round’s ring. However, as the event goes on, the Ring Flares will – you guessed it – escalate, in prevalence, timing, and size.

Finally, some legends and weapons have recieved balance changes – including big nerfs to Caustic’s Gas Grenade and Horizon’s Black Hole, both of which have had their cooldowns increased by a minute. Caustic’s gas now also does a flat five damage per second. 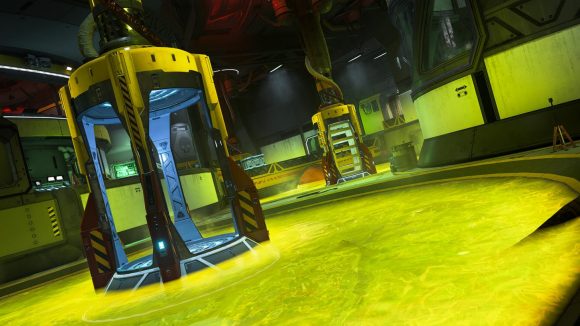 On the weapons front, the Mastiff has had a pellet damage reduction from 13 to 11 and its fire rate ever so slightly increased. The Wingman now has one more bullet in each magazine size, and the Hemlok’s hip-fire spread has been increased. We’ll update our Apex Legends weapons tier list when we’ve had a chance to play with the affected weapons.

You can check out the full patch notes and list of quality of life changes in the official blog.