“Obviously no team wants to be orgless,” says Dan ‘rpr’ Ušić. “It’s not a good feeling.” rpr makes up the Dan portion of Mikkel, Can, & Dan (also known as MCD), the Apex Legends team that was released from North’s roster on December 31, 2020. The players were surprised to be let go after a largely successful Autumn Circuit, but the orgless team has continued its success by winning the first Apex Legends Global Series tournament of the year, Winter Circuit #1.

The team tells The Loadout that it is weighing up its options when it comes to signing for a new org, but won’t rush into a contract if it doesn’t suit them. If anything, being orgless has lit a fire in the teammates’ bellies as they feel they have a point to prove. “We still want to prove that we deserve an org and we’re still the best team in EU,” explains rpr.

And, as of January 31, exactly a month after rpr was released along with teammates Mikkel ‘Mande’ Hestbek and Can ‘Taisheen’ Öztürk, they are the best team in Europe. Despite not winning a single match in Winter Circuit #1, consistent high placements and solid performances paid off, and MCD walked away from the tournament with a victory and a place in the Winter Circuit Playoffs.

A Playoffs spot carries even more importance this season than previously, as Winter Circuit placements and ALGS points go towards qualifying for the ALGS Championship – a million-dollar tournament that MCD has now all-but booked a place in.

In hindsight, there was another benefit to being released by North. In the time between MCD winning the first tournament of the Winter Circuit and sitting down for a chat with The Loadout, the Scandanavian organisation announced it was ceasing operations, and all teams – including its newly-signed Apex Legends roster – were being released.

“It’s kind of like we dodged a bullet,” says rpr. “We’ve already spent a month orgless, so we know what we have to do and what to focus on… I feel like getting dropped was actually a blessing in disguise.” 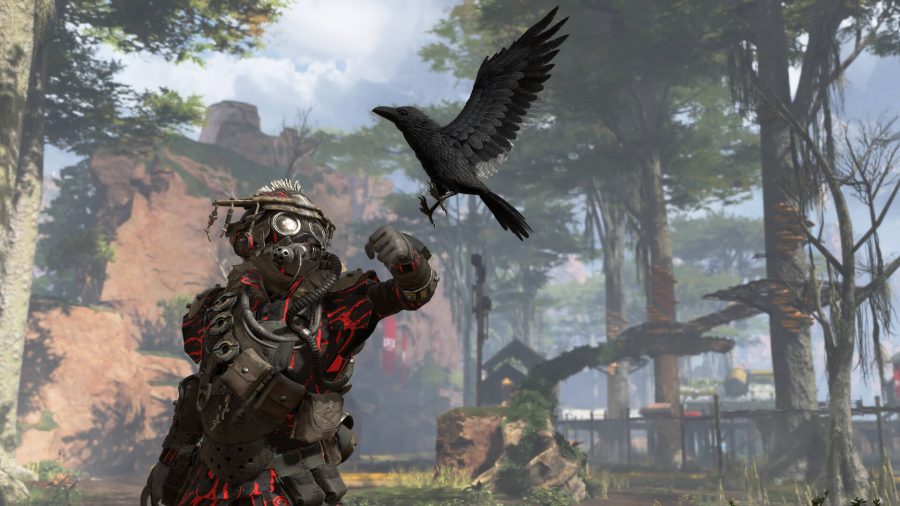 Mande in particular had a lucky escape, as the Dane was offered the opportunity to stay with North without his teammates because the org wanted a fully-Scandinavian roster. But the thought of abandoning his friends never crossed his mind.

We lose more than we gain from scrims

“I feel like the friendship and this thing that me, Taisheen, and rpr have built together is something special and unique,” he says. “And I don’t want to throw that away just for a sum of money. I feel like we have a bond that not a lot of people have in gaming. We’re more than just people that play together; we’re very good friends.”

The team believes that, together, they are nearly unstoppable. “I don’t think any other team out there has as much synergy as we have in this game,” rpr says. All three members agree that their synergy – both inside and outside of the game – is key to the team’s success. They instinctively know what each other will do in any given situation, so their fights are efficient, their rotations are slick, and their results are overwhelmingly positive. And it’s because of this intuitive connection that they stopped scrimming 10 months ago. 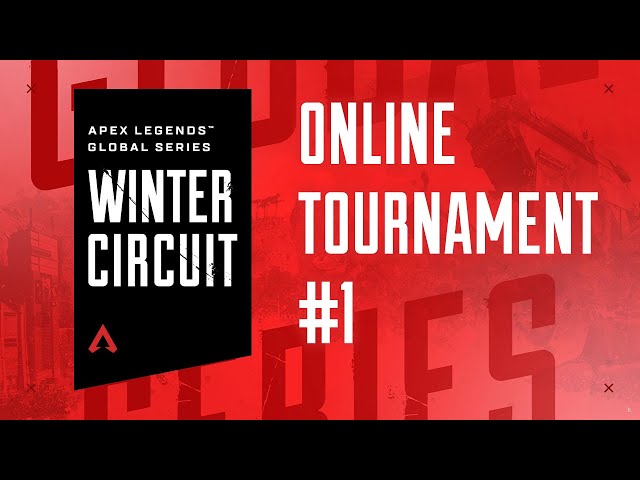 “When we had scrims,” says Mande, “every single day I’d wake up and I was like ‘fuck, dude, I don’t want to scrim for like four hours’. It felt like a chore more than something that you learn from.”

We’d rather lose tournaments than play Caustic and Crypto

“We lose more than we gain from scrims,” agrees rpr. “Scrims are only good for synergy because they’re not very realistic in terms of competitive gameplay – you don’t get the same results as you would in tournaments. So what we’re doing is just focusing on content, building our brands, and then playing tournaments. And then our most recent memory of competing in Apex is a tournament memory. And that way-”

Just from chatting with rpr, Mande, and Taisheen over a Discord call, it’s clear how things work in-game. rpr does most of the talking, but there is an overwhelming consensus with everything he says – to the point where they finish each other’s sentences.

MCD also focuses a lot on mental health – the trio say that stopping scrims did wonders for their mindset, but then again, they also take breaks whenever they need to. Spending time with family and streaming also keeps them happy, grounded, and playing well. It’s a mature approach to the professional gaming lifestyle, but one that’s clearly working for them.

“We figured out what would work for us and we just go from there,” says rpr. “And if I played with any other team, or if the boys played with anyone else, I don’t think it would be that easy.”

MCD doesn’t plan on changing its methods any time soon either, especially since rpr considers it as “the winning formula.” It’s hard to disagree. The team will only start scrimming again if there is a major meta change – and they don’t think that the latest addition to Apex Legends, Fuse, will have a drastic impact.

Respawn also recently revealed that Kings Canyon won’t feature in the Winter Circuit or the ALGS Championship due to “late-game zone quality concerns,” so the Season 8 map changes don’t factor into competitive play either. The only thing from Season 8 that MCD is taking a closer look at is the 30-30 Repeater, which they believe could be a gamechanger, since in their eyes, the gun is “too strong”. 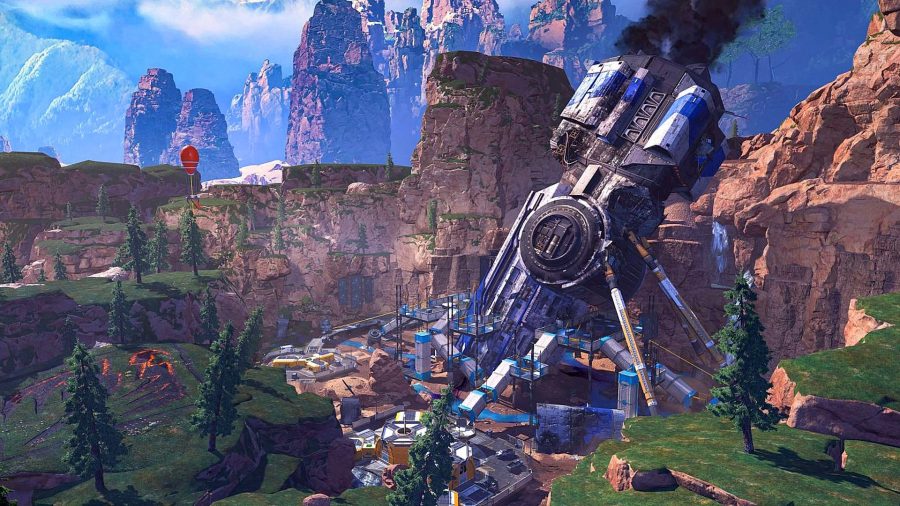 Even if MCD thought Season 8 would bring major changes to competitive play, their adaptive gameplans and immutable legend choices would be unlikely to change too much. This is clear when you examine the team’s timeless competitive composition, which despite meta changes, remain unchanged.

“We will never ever play Caustic or Crypto,” says rpr. “We despise this meta from the bottom of our hearts, and we’d rather lose tournaments than play Caustic and Crypto.”

You can play Mirage, Octane, and Loba and win a tournament

“We don’t want to promote that meta further,” says Taisheen. All three agree that the passive damage of the up-and-coming characters goes against their beliefs of how to play Apex. “Playing Crypto and Caustic just seems boring to us,” adds Mande. “I would fall asleep if I played those characters. We have some of the most mechanically gifted people on our team, so why would we throw that away?”

But, as rpr points out, while there were 15 Caustic teams in the final of Winter Circuit #1, the top two both played Gibraltar and Bloodhound alongside the obligatory Wraith. And those two teams, MCD and Third Impact, qualified for the Winter Circuit Playoffs. However, rpr also noted that these two teams have been together for a long time and therefore their synergy is greater than the newer teams.

See where your main ranks in our Apex Legends tier list

In his mind, this proves that teamwork matters more than the characters you play, meta or not. “That only goes to prove that no matter what you are playing, as long as you’re synergy is on point, you know what your teammates are doing, and you know what your game plan is, you can play Mirage, Octane, and Loba and win a tournament.”

That’s why MCD isn’t worried about coming up against new teams and metas in the ALGS Championship. Their Gibraltar/Bloodhound team composition allows them to react to whatever happens in-game and try to counter it.

“If something happens in a game, we instantly adapt in the next game,” rpr says. “Other metas in this game will not prove a problem for us… No matter what team we face, or what kind of aggression or abilities we face, we always know how to react.” 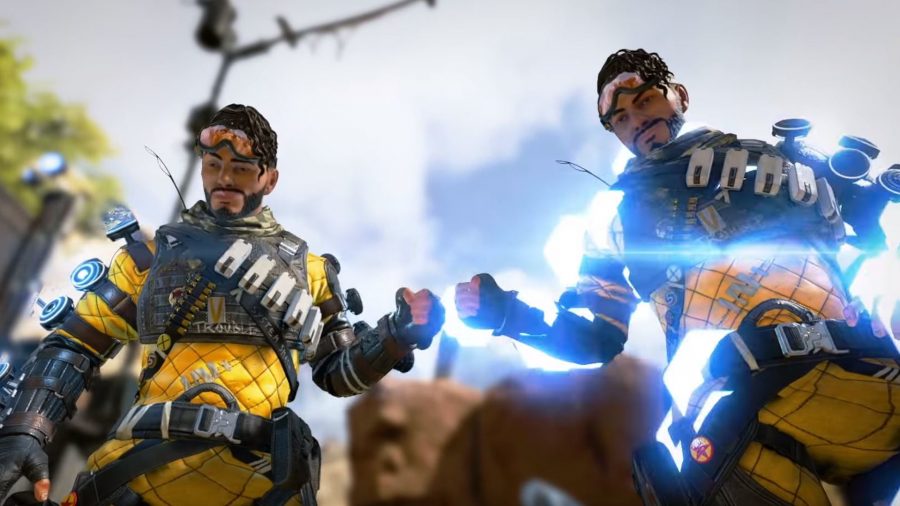 MCD relishes the challenge that the ALGS Championship will bring, and is excited to face new teams. While the exact details are still under wraps, the top teams in Playoffs will qualify for the Championship, and those who make it to Playoffs but fail to automatically qualify will likely earn a place through the cumulative ALGS points they have picked up getting there.

This means that despite not qualifying yet, MCD believe their place in the Championship is already booked – and the trio are already brainstorming their attack plan.

“We want to go against a lot of the Japanese and Korean teams,” says rpr, “because a lot of them are underrated. Crazy Racoon, T1, Jupiter, Reignite, DeToNator – I feel like there’s a lot of hidden gems in APAC that we haven’t discovered.”

The team is curious to find out first-hand how APAC teams play, seeing as the regions get far less coverage than major regions like NA. Additionally, Mande and Taisheen competed against NA squads while under North at the Preseason Invitational in Poland back in 2019, so the trio already has a good grasp on the NA meta. However, APAC regions are an entirely different beast – and remain largely unknown.

“We are really interested to see how they play, how they play zones, and how they react to our game style, because our game is very unique as well,” says rpr. “We’ll just adapt to them, whatever they do, we’ll adapt to it, and we’ll find a counter to them. That’s how we play.

“We don’t really follow a meta or have set strats, we’re a very adaptive team. And I think what makes a good team is how good you can adapt to every situation. And what we’re gonna do is we’re just gonna adapt to what they’re doing: figure them out and counter them. That’s how we’ve been playing since forever.”

MCD hasn’t changed a thing since being dropped by North just over a month ago. Its preparation is the same, its ambition is the same – the only change is that the team members no longer get a salary.

Regardless of the turbulence the team has faced, Mande, Taisheen, and rpr are full of confidence and ready to adapt to anything that the Winter Circuit throws at them. The trio’s recent success proves that you don’t need an organisation backing you to achieve greatness – you need a strong bond and to know your teammates inside and out.