“One thing I love about the APAC South region is the aggression,” explains Mark ‘Onset’ Hatcher as he called the Summer Circuit Playoffs for the region earlier this year. And it does feel more aggressive than other regions. It’s hard to pinpoint exactly why it is more aggressive, but it seems like common knowledge in the Apex Legends competitive scene.

The third seasonal circuit of the Apex Legends Global Series is coming to a head this weekend with the Autumn Circuit Playoffs. The $500,000 prize pool will be divvied out between teams based on their performances in this tournament and this tournament alone, as they face off against the best opponents from their region.

As exciting as this sounds – and it will undoubtedly be exciting – Apex Legends has had a pretty defensive meta since the esport’s inception. Aside from portalling DPS character Wraith, the most popular legends in competitive Apex are Wattson, who can garrison a position with electrified fences, and Gibraltar, whose fortified buff makes him harder to take down and whose Dome Shield can protect teammates from immediate danger.

Season 6 buffs to Bloodhound and Crypto saw the two recon characters see more use in the Summer Circuit, but in most livestreamed tournaments, we saw the same old defensive play. That’s not to say it’s a boring playstyle or at all dull to watch, competitive Apex matches are like 4D chess – if you gave the Bishop a sniper rifle, slapped a Wingman in the hand of the King and dropped them onto an unknown planet with the sole aim of survival.

But, it seems that teams in the APAC regions didn’t get the memo about this slow, tactical approach to battle royale games. High numbers of hyper-aggressive Revenants appear in APAC team selections, as well as more Cryptos than an EU team would choose in a lifetime. Crypto’s Drone is a hard counter to Wattson – its EMP Ultimate destroys all fences in the vicinity, leaving teams that were well fortified suddenly vulnerable. But the region’s aggression isn’t just down to character selection. 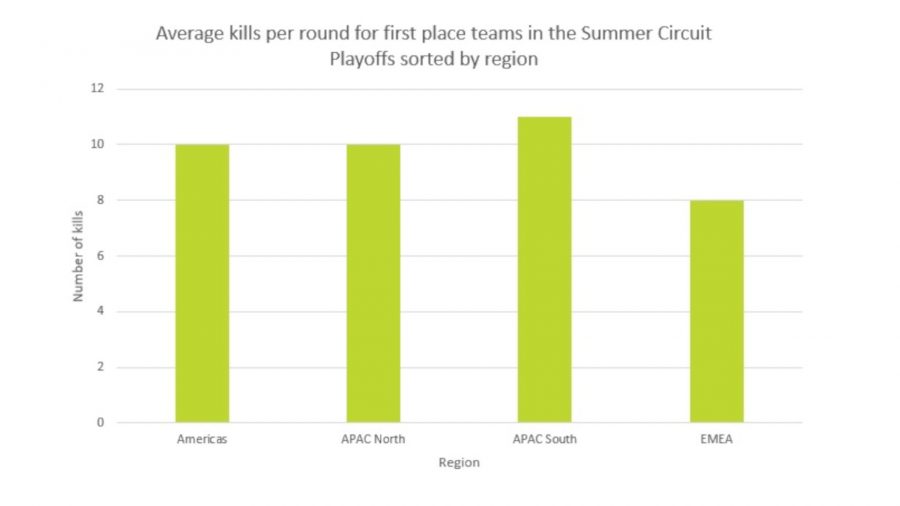 As you can see in this graph, the average number of kills for teams that placed first in rounds of ALGS Summer Circuit Playoffs was roughly the same, with EMEA lagging slightly behind. So why has APAC South got a reputation for aggression when winning teams only average a kill more per game?

Part of it is the teams themselves. Lynx TH was only formed four months before the ALGS Summer Circuit began, but it loudly announced its arrival to Apex Legends esports by winning the Playoffs in the most APAC manner possible: with a hyper-aggressive, 20-kill match.

“The short version is we just said ‘YOLO’,” laughs SaiyajinGOD. Lynx had been largely overlooked in the run-up to the Summer Circuit Playoffs, as despite being the third seed for the tournament, the money was on established teams like MiTH and Team Dreamfire to take home the victory. However, by game six Lynx was the only team on match point – a dangerous position to be in as it puts a huge target on your back – and the esports pros decided to turn up the heat themselves. 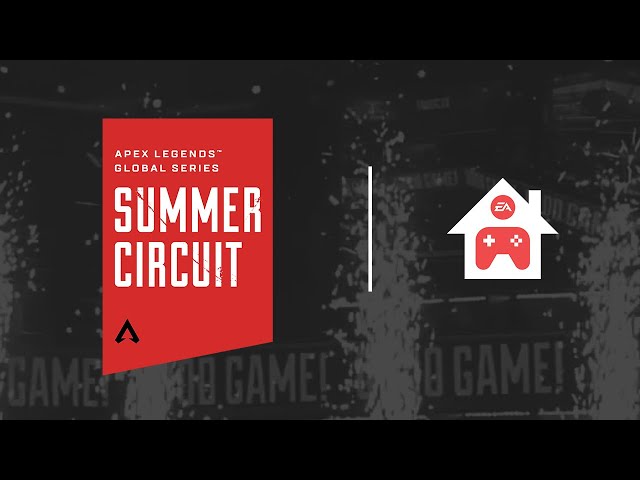 Apex Legends Playoffs tournaments use the match point system to decide a winner: teams battle it out to earn 50 points based on placements and kills in each round, after which they must win to be declared the victor. Only teams that have reached a total of 50 points are eligible for match point – a win would see them crowned the victors of the whole tournament. However, as soon as any team reaches match point, it becomes the highest priority target for the rest of the lobby, who need to kill them to keep the tournament rolling and have any chance of victory.

This system keeps things exciting, and means you have to win at least one round of the battle royale in order to be crowned champion. Teams tend to play conservatively – or get taken out early on – if they’re on match point, avoiding firefights until the endgame. This is shown by the average number of kills for teams on match point in the Summer Circuit Playoffs, which is a measly 5.38. Lynx nearly quadrupled this figure with their 20-bomb to forcibly take victory in APAC South – showing just how aggressive the team’s style is.

Lynx maintains that its focus on racking up kills was to earn more points, rather than to win the round. That way, if it hadn’t won, the team would have more points on the leaderboard to secure a higher placing.

“We’re pretty confident in our team composition,” the team explains to The Loadout. The Wraith, Bloodhound, and Gibraltar combination would be considered an aggressive selection in EU or NA metas, but it’s commonplace in APAC regions. “The reason we used this combination of characters is because even if we didn’t win match point, we would get a lot of kills to improve our overall score. Our aim in game six was simply to chase a high score.”

Lalaba4ng and G0PGAP say the team had a plan, and executed it well. “We used the same plan we’d been practising with,” they explain, “but everything went just right.”

The old plan is still working, but it’s a different situation now

The specifics of the plan itself are kept under wraps, but it was clear from their performance that it centred around aggressively pushing opponents – even in seemingly inopportune moments – and using that element of surprise to take out a third of the lobby. The strategy was noticeably employed when attacking choke points throughout Lynx’s first and only match point round. When opponents might have expected the team to drop back or regroup, Lynx pushed on with surprising aggression – even for the APAC South region – and this strategy carried it to a memorable victory.

Towards the end of the match, the team found itself in a small caravan-like structure at the dead centre of the penultimate circle. It was an enviable position where more conservative teams might have bunkered down to prepare for the endgame, but with eleven teams still lurking, Lynx decided to push out. Lynx is the team right under the crosshairs in this image, with a comfortable position that it could defend right until the match’s culmination if it so desired. 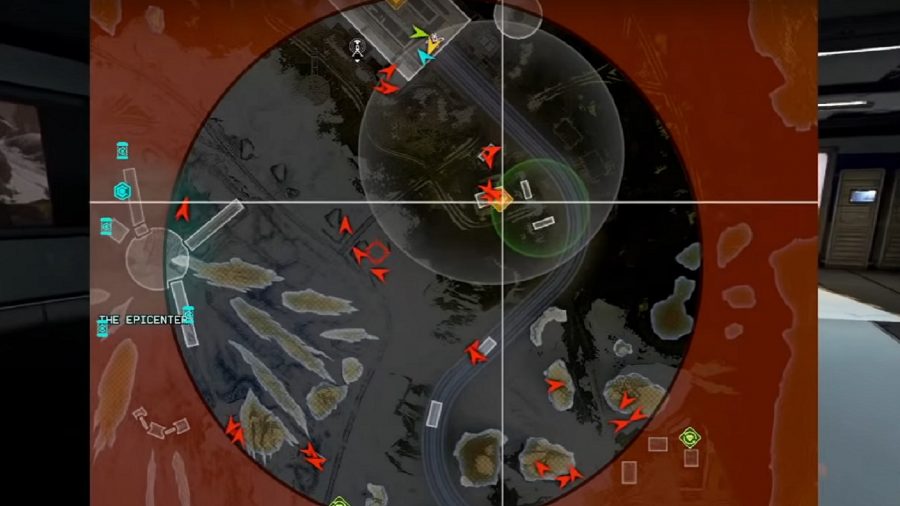 Lynx quickly took out its closest rivals DreamFire with a similarly aggressive push, which allowed Athaim to take the vacant spot in the caravan. But Lynx quickly showed why it had left that position, attacking the difficult position with relative ease to win the Summer Circuit Playoffs.

While APAC South has a reputation for aggression, the pushes that Lynx pulled off were unprecedented. And, despite this reputation, Lynx believes that APAC North is more aggressive than the lobbies in the South region. “We’ve been practising in APAC North and every time we’re in scrims, as soon as people finish looting they look for a fight straight away,” the team explains. “Whenever there’s the sound of gunfire in the vicinity, every team will run towards it. They’re not afraid to run into a gunfight.”

Perhaps scrimming in both APAC North and South lobbies helped Lynx achieve its historic win – the team’s first in Apex Legends tournaments. However, the players also cited being comfortable with their characters as an important factor in their triumph.

"Our ultimate goal is to be back-to-back champions"

While the use of aggressive Bloodhounds rose throughout the Summer Circuit Playoffs worldwide thanks to the legend’s buffed Ultimate Ability, the number of Cryptos and Revenants was astonishing in the APAC South region. Revenant’s Death Totem is a very aggressive Ultimate Ability, allowing players Death Protection, instantly respawning them at the Totem if they are taken out by enemies for the duration of the ultimate. Combined with Crypto’s EMP to knock out enemies’ shields, the combo can lead to devastating pushes, and did on multiple occasions in the tournament.

Despite their successes, SaiyajinGOD, Lalab4ng, and G0PGAP say they are working on changing their plan quite drastically. Lalab4ng in particular emphasised that “the old plan is still working, but it’s a different situation now.” 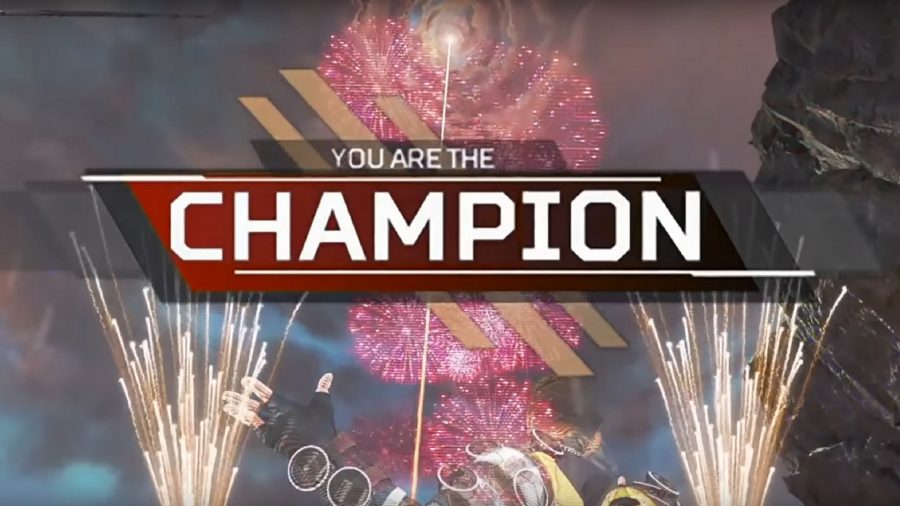 When asked about their aims for the Autumn Circuit, the team members all had the same idea that captain SaiyajinGOD put into words: “Our ultimate goal is to be back-to-back champions.”

The aggressive nature of the region and Lynx’s top form puts the APAC South Regional Playoff top of our list to watch this weekend, but Lynx is keen to get more exposure for their tournaments, as the region doesn’t often appear on livestreams.

It seems odd that one of the most exciting and aggressive regions doesn’t get the same exposure as other regions – but streams of competitive Apex tournaments remain US and EU-centric. One thing we know for sure is that we’ll be tuning in to see the aggro action at the culmination of the Autumn Circuit this weekend, and watch Lynx carry out its team philosophy: you only live once.