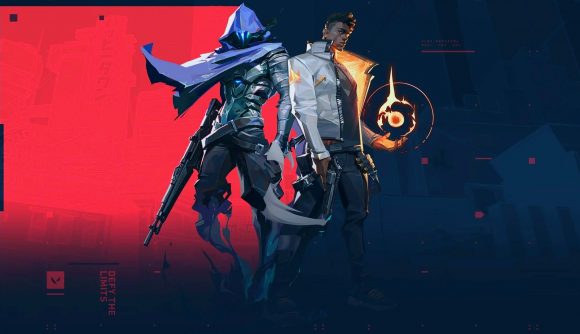 The Valorant patch 5.01 notes have arrived, and for the first update since the launch of Episode 5 Act 1, three agents are getting tweaked and Riot is trialling some new smurf-busting tech.

According to the patch notes, Phoenix, Yoru, and KAY/O are all undergoing some balance changes. Phoenix is (finally) getting some buffs across his kit after Riot promised earlier this year it was working on improvements for the agent, who has had a dismal pick rate over recent months. The main focus for the devs is on his Curveball ability, which is getting its flash duration increased and windup decreased.

“We believe Phoenix’s Curveball is the cornerstone of his kit, and as we explored adjustment options it became clear that Curveball being more powerful unlocks his kit as a whole,” Riot explains in the patch notes. “So we wanted to assess Phoenix in a world where Curveball is more competitive with the rest of the ecosystem to get a sense for the impact of the changes.”

Run It Back is also getting a decent buff in patch 5.01 too, with Phoenix respawning with the full amount of shields he had when the ability was popped.

Elsewhere, Riot is giving Yoru mains a bit more time to cause chaos while in their Dimensional Drift state. The ultimate ability’s duration has been upped from ten seconds to 12 seconds.

KAY/O meanwhile is getting changes to his FRAG/ment and NULL/cmd abilities to make them more accessible. Arguably the most notable is that the audio cue given when KAY/O is being revived while in NULL/cmd is not entirely audible by the enemy team. A short cue will play when a revive has been started, but there won’t be a constant noise any more.

Aside from agent tweaks, a new upgrade for Riot’s smurf detection system is going to be trialled to further ease the pain of high-skill players on fresh accounts destroying new players in the lower Valorant ranks. This new upgrade should improve matchmaking in the early stages after a new account is made by working out the skill of the player more quickly. This is only being rolled out in North America to begin with.

There are also swathes of other bug fixes and quality of life improvements in this update, so head on over to the full Valorant patch notes if you want to see exactly what’s changing in patch 5.01.