Valorant patch 3.0 has heralded perhaps the biggest shakeup to the popular tactical FPS game since its launch. With changes to abilities, agents, weapon costs, and core systems like the way running and gunning works, Episode 3, Act 1 looks to introduce players to a very different way to play than what they’ve been used to up until now.

Players logging in today may also notice a mysterious number has appeared above their player card. No, it’s not the number of wins you’ve totted up over the past year (much to our relief), but it is actually a whole new way for players to be recognised for the time they’ve put into the game – account levelling.

Similarly to Riot’s other games like League of Legends, account levelling will reward players based on playtime. This way, players who don’t fancy entering the throes of Competitive can still get that warm, fuzzy feeling of progression – even if it is just the game’s way of saying you should probably go outside and touch some grass.

Here’s everything you need to know about account levelling, Account Points (AP), and what you get in return for your in-game endeavours.

Your Valorant account level is the number which can be found above your player card. According to senior competitive designer for Valorant Jon ‘EvrMoar’ Walker, the introduction of account levelling is “the first initial step” in rewarding players for the time they’ve spent playing the game.

What is AP in Valorant?

AP stands for Account Points, which are earned by playing matches. AP can be earned in any of Valorant’s game modes, though it will only contribute to your account level, and not to battle pass or Agent Contract XP.

Accounts level up every 5,000 AP, though it is unclear exactly how much AP is earned per match. Bonus AP can also be earned for the first win of each day, so a quick Spike Rush might be in order if you’re strapped for time.

Riot has already retroactively awarded AP to all players based on the time they’ve spent playing over the last year. As such, some players could have already earned a lot of AP.

As you accrue AP and level up your Valorant account, the border around your in-game player card will gradually evolve in 20-level intervals. The border begins as a pretty plain white square, but over time will turn to Bronze, then Silver, then Gold, and finally Emerald. 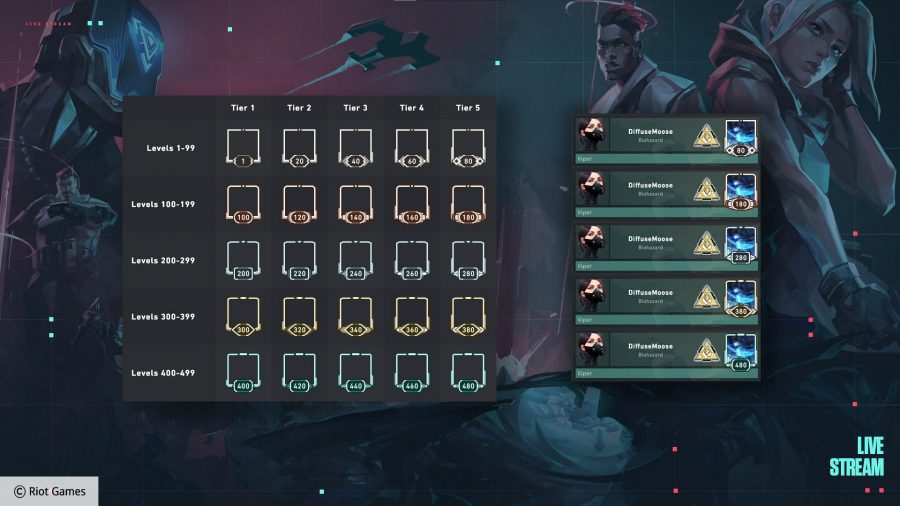 It isn’t clear right now whether or not Riot will add other rewards to the system over time, though we will be sure to update this guide as more information becomes available.