The world has changed in the last few months. The coronavirus pandemic has altered the way that humans interact, and in the absence of physical office space and outdoor activities, most of us have been forced to seek companionship online.

In that time, many have lost jobs, and many others have been furloughed. I, for a while, experienced the latter. As lockdown began, I was one of the many people across the world put on leave, and without any sense of routine or order, my days became a jumbled mess. Since I couldn’t work, I’d play games, watch shows, and hang out with my family, but if I’m honest with you, the days of aimless procrastination all blurred into one – that is until I picked up streaming.

I’d toyed with the idea of streaming before, but I’d never really acted on it. When I was in Irvine on an Overwatch press trip in March just before lockdown started, I joked with two others that I’d be great at streaming because I could talk for England. “Yeah, you can definitely talk enough to be a streamer,” content creator Tom ‘Stylosa’ Stewart replied. I laughed – it was true, I really could talk to myself for hours without a problem.

So when it came to lockdown and I was effectively out of a job, I decided to give it a shot. All I had to do was sit there, play a game, and talk about what’s going on to whoever turns up – I could do that. So, in a fairly tipsy state one evening I set up a channel, organised Streamlabs, and put it all together with some generic graphics so that the next day, all I had to do was go live.

Read more: Not ready to go live? Here are the biggest streamers

Except it’s not easy turning on a stream for the first time. Although I knew no one was going to be watching, the idea of sitting in front of anonymous viewers, especially as a half-black woman, is terrifying. The opportunities for shitty comments are pretty endless for someone like me, and while I came out the other side pretty much unscathed, I can tell you for a fact that I couldn’t concentrate on my game, because I was horrendously self-aware of everything – from my looks to my Widowmaker gameplay. 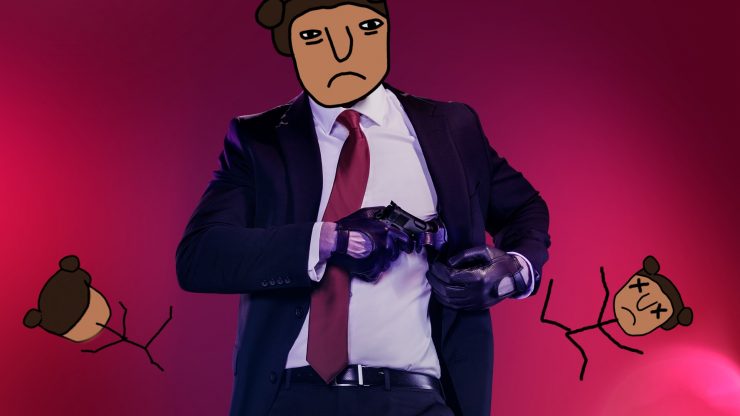 I quickly settled into my new role though. I became more comfortable and even set myself an objective – to get to affiliate in a week. This meant I had to meet the requirements of streaming on seven different days, streaming for eight hours, gain a minimum of 50 followers, and reach an average of three concurrent viewers across streams. As low as these numbers might seem, there are a few things you need to take into consideration.

Streaming is my place of comfort

Most people aren’t used to being on camera for the sheer entertainment of someone else. It’s even harder when you realise you have to be entertaining – even if there’s no one watching you. You’ve got to keep your commentary going even if you’re completely alone so you don’t put off new viewers with unnerving silence.

To combat this I started streaming The Witcher 3: Wild Hunt, a well-known, well-liked game with a lot of conversation points. It’s as close as it gets to a game holding your hand as it does a lot of the entertaining on your behalf.

But, hand-holding aside, cultivating a viewership is extremely difficult. Twitch viewers like a guarantee of quality, a streaming gold standard if you like. A solid viewership indicates the streamer’s doing a good job and it’s probably worth tuning in yourself. So when you’ve got almost no viewers, they’ve got no idea what you’re really like, so they click elsewhere and pass judgement before they’ve even gotten to know you. And it’s this cycle that makes cultivating an audience seem near-impossible for some streamers.

But I did it. I became a Twitch affiliate in those seven days, and in that time I gained much more than a title, I gained a fantastic hobby. While I didn’t really have any hopes for the future of my channel, that all changed in an instant.

One day, when I was back at work, I got a message from the Eurogamer team asking me to stream on their behalf to raise much-needed funds and awareness for the Black Lives Matter movement. I didn’t think it was possible to fall more in love with streaming, but I was wrong. This opportunity gave me that chance. When the big day came, I was full of nerves. I tried to focus at work in the morning, but in the afternoon, I had to get ready and learn how to send my stream to the Eurogamer YouTube channel. Suddenly, without warning, it was showtime. When I pressed the button to go live, I was sat in front of hundreds of people from all over the world, who were all ready to raise money for a cause close to my heart.

Except from a few technical issues at the start, the stream went fantastically. During my three hour stint, people gave over $16,000 to The National Association for the Advancement of Coloured People (NAACP) – a figure which still shocks me to this day.

Related: Inspired? Here’s how to start streaming on Twitch

It was a marked change from my usual streams but if that is the most successful stream I ever do, then that’s fine with me. Who else can say they were part of a truly humbling experience online, where memes were born and Aya and Bayek from Assassin’s Creed: Origins dropped by to say hi? Not many, that’s for sure. 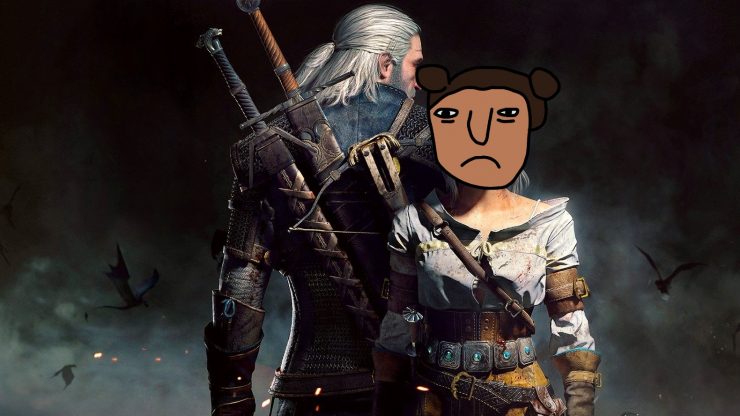 Of course, I came out the other side of the stream the same person but my social media presence changed. Before I had around 600 followers on Twitter, and today it’s more like 1,600. Since Eurogamer actively promoted my channel to its loyal following, my Twitch following also increased by a couple hundred in those three hours – something that has changed every one of my streams since.

Where before I was by myself, I am now never alone

Where before I was by myself, I am now never alone. My average concurrent viewership went from four people, to a figure in the twenties and thirties. Now where silence used to fill the void, the constant babbling of my viewers means I sometimes struggle to keep up with the messages people are sending, and every stream I now have a new username in chat saying hi or asking me how I am. It’s a wildly different experience – a community people normally have to spend years building had been passed onto my streams and I couldn’t be more thankful.

This new viewership made me realise how much streaming – and the interaction that comes with it – means to me. My viewers are kind, they subscribe to me, and gift subs to one another. One viewer even came into my chat and dropped an almighty 100 subs in just one stream, to say thank you for doing the BLM event. Elsewhere, people send me things they think I’ll be interested in, tell me a bit about who they are, and even send me pictures of their Animal Crossing art interpretations of my emote ‘Bloob’. They even poke fun at me when I’m obviously being an idiot in game.

It’s different and it’s amazing. I loved streaming before, but now I adore it. It’s a joy and a pleasure to spend time with people I don’t personally know because they enjoy supporting me, and I enjoy entertaining them. It’s so weird, but yet during this period of uncertainty and general anxiety amid a global pandemic, it’s my place of comfort.

Above all else though, streaming has given me a new perspective. As someone who already works in the industry and watches a lot of Twitch, I know videogames through and through, so combining the two didn’t feel like it was going to change much. But when I started streaming, I felt that I understood my work even better. I now know what it’s like to be a streamer. I know how talking to strangers on the internet can cause mental strain, I know what it’s like when something doesn’t go as planned, and I know what it’s like to fear someone taking something you said online out of context.

Of course, I am no Imane ‘Pokimane’ Anys, or Tim ‘TimtheTatman’ Betar – my audience size pales in comparison to the streamers I write about every day – but now I can relate to their experiences far more.

HUGE congrats to @ImoMellor for raising sooo much money for the @NAACP yesterday and also for streaming on @Eurogamer for the first time! You were such a joy to watch.

Oh, and thanks for introducing us to the art of "bonjouring" too.

Streaming is not for everyone, but I firmly believe everyone should try it at least once in their life. It’s a great exercise in knowing the other side of a parasocial relationship – talking into the abyss of the internet and getting a message or two back. Moving from one side of the screen to the other really changed my perception of streaming and it’s given me comfort and social stability in a terribly isolating time.

I feel honoured to call myself a streamer, and while I’ve had far more opportunities than most starting out, I hope to continue my new hobby for a long time coming. After all, I can talk for England and there’s no better way to put that skill to better use than online.