If you possess supernatural gaming powers, have an infectious personality, or a content creation focused brain, you’ve probably considered streaming on platforms such as Twitch and YouTube before. The streaming life isn’t for everyone, but for those who enjoy it, it’s a dream come true.

There’s something so alluring about watching others play games on the internet. The rise of streaming platforms such as Twitch suggests that more people than ever before are either spending time playing their favourite games online or watching others. It’s an incredible community to be a part of but don’t be fooled into thinking it’s a walk in the park. Like anything new, there’s a lot you need to learn, a lot you need to get your hands on, and a lot you should know before you jump feet first and broadcast your gameplay to the world.

If you want to be taken seriously online, you’ll need to make some hard decisions and invest time and money into your setups. So, without further ado, here is everything you need to know about streaming, from picking the right platform to downloading the right streaming program.

what do i need to stream on twitch?

Well, a good computer is a start. To have a quality stream, Twitch recommends that you invest some hard-earned cash into some hardware to make you more appealing to the millions of people who browse streams every day.

Of course, you can stream directly from your console or stream without a webcam or mic, but you probably won’t see many people dropping by during the course of your stream. You wouldn’t watch someone without a camera or a microphone, so don’t expect the same from others.

Firstly, if you’re using a PC to stream, you should have a decent processor and a fairly recent graphics card. Streaming puts a relatively high strain on your computer given that you’re playing and broadcasting at the same time, so make sure your system can handle that first before investing in things like cameras, microphones, and green screens. To put this into perspective, some professionals even use two computers – one for gaming and one for streaming – so don’t underestimate the requirements no matter what platform you stream on. 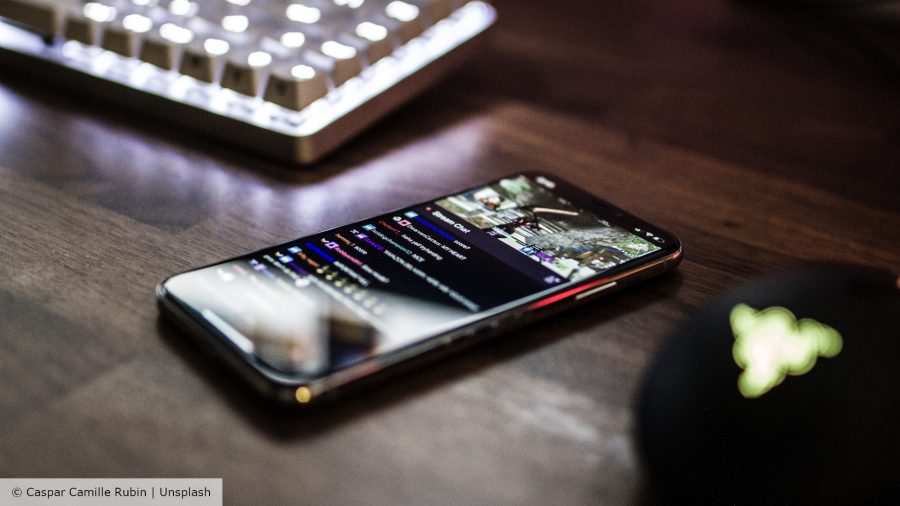 In terms of peripherals, it’s tempting to jump into the deep end and buy all of the high-end equipment. But if you’re just starting out, we’d recommend picking up a decent webcam, a stand alone microphone or a modmic, and a second screen (a phone or an tablet works too!) If you’re a console gamer looking to organise things on PC, then a capture card is a must. Things like the Elgato Stream Deck, audio mixers, and green screens are optional extras and should only be purchased if you’re going to commit to regular, scheduled streams.

The best webcams for streaming

The best microphones for streaming:

the best capture cards for streaming:

If you’re in the market for upgrades, it’s worth taking a look at some of the biggest streamers setups. The likes of Tyler ‘Ninja’ Blevins, Guy ‘Dr DisRespect’ Beahm, and Michael ‘shroud’ Grzesiek have the best streaming setups out there, but each have been tailored to fit their streaming needs and partnerships.

In addition to that, make sure you’ve got a decent internet connection. Twitch’s broadcasting guidelines say your internet will need to deliver about 4,500 to 6,000 kilobits per second to ensure 1080p at 60 frames per second.

What do i need to irl stream?

Not everyone who broadcasts on Twitch streams gameplay. There is an ever-growing collection of streamers who regularly appear in the Just Chatting Section to share parts of their daily life with viewers. There are other sections too that allow people to share their hobbies, such as painting, cooking, and travelling, and it’s dubbed IRL streaming.

Most IRL streams can be set up using a phone and a selfie stick, but more serious streamers have something called a Gunrun backpack, filled with a computer and modems to better serve the stream in busier areas.

If you’re just getting started though, we’d recommend using your phone for now. Just make sure you have a good data plan and a good internet connection before you go live.

what program should i use to stream?

There are a lot of programs out there to help you get your stream on Twitch, YouTube etc. Some are built for newcomers and others are built for streaming pros. One of the best free programs out there is StreamLabs. It’s is one of the most popular tools for newcomers, housing tutorials, layouts, and editing tools under in an easy-to-navigate interface. It’s also available on Apple and Android phones.

There’s also Twitch Studio that’s been created with new streamers in mind. It’s in beta right now, so it’s not as well established as other programs, but it’s an option if you want to stream on Twitch and really get to grips with the platform’s features.

If you’re streaming directly from your console, don’t worry about any of these programs – unless of course you’re using a capture card.

Where should I stream?

Thanks to the ongoing streaming wars, there are a lot of platforms out there to stream your top-notch gameplay on. Twitch is, of course, the biggest platform out there, but it can be increasingly saturated for new streamers. However, it can lead to big growth spurts with the right host or follow.

Ultimately though, the decision on where to stream is up to you. Each platform has different pros and cons, so do a bit of reading and commit to the one that stands out or open multiple accounts and multi-stream to expand your reach.

What else do i need to know about streaming?

Streaming is great, but don’t expect to become a star overnight. It’s a long and drawn out process, but you’ll get by as long as you have fun, interact with your viewers, and enjoy the process. It’ll also take time to find your niche in the streaming world, so don’t be afraid to experiment with different genres, games, and categories.

More importantly though, be yourself. Streaming is better when you’re authentic and show off your true personality. Your community will love you for being you, and invest their time watching you play games or talk about life. It’s a pretty special relationship to foster with strangers over the internet, so be patient, be kind, and show off your skills online.