We first met Tiny Tina in Borderlands 2 in 2013. We learned more about her in the DLC, Borderlands: Tiny Tina’s Assault on Dragon Keep, which introduced us to the tabletop game, Bunkers & Badassess, a parody lookalikey and playalikey of Dungeons & Dragons. And, in Tiny Tina’s Wonderlands, the living tabletop game comes to life once again for Gearbox’s second full-length spin-off game from the mainline Borderlands franchise.

Whether you met her in 2013 or not, Tiny Tina’s Wonderlands has its own standalone plot, meaning you’ll know what’s going on even if you’ve not played any of the others before. I’ve already played roughly 14 hours and it’s safe to say that its main appeal is being incredibly Borderlands in every way, shape, and form. Despite this, it still feels fresh thanks to Gearbox taking that ‘game within a game’ concept and running with it.

Bunkers & Badasses, much like D&D, is all about storytelling. And as Tiny Tina narrates her own fantastical tale, you play it. Immediately, it’s clear to me that there’s a whole lot of fun to be had in Tiny Tina’s Wonderlands.

D&D is known for weaving a tale that transports players on a journey, and for B&B, it’s no different. The campaign transforms as Tiny Tina and her friends dictate what happens to you as you navigate the Wonderlands.

As someone who hasn’t played D&D, I can’t help but feel I’m missing out on some of the nuances that would be appreciated by a D&D player. Maybe there are in-jokes I’m not privy to or puns that fall on unappreciative ears. With Tiny Tina’s Wonderlands’ core gameplay entwined with the D&D concept, I have to admit I did feel a bit left out. But, that’s not to say I can’t enjoy it for what it is, even as an entire newbie to the game, I could still appreciate the narrative and structure.

Luckily, it’s the usual innuendo-filled, witty, and at times downright silly humour, supported even more so by the voice actors they’ve chosen to bring the Tiny Tina’s Wonderlands characters to life. 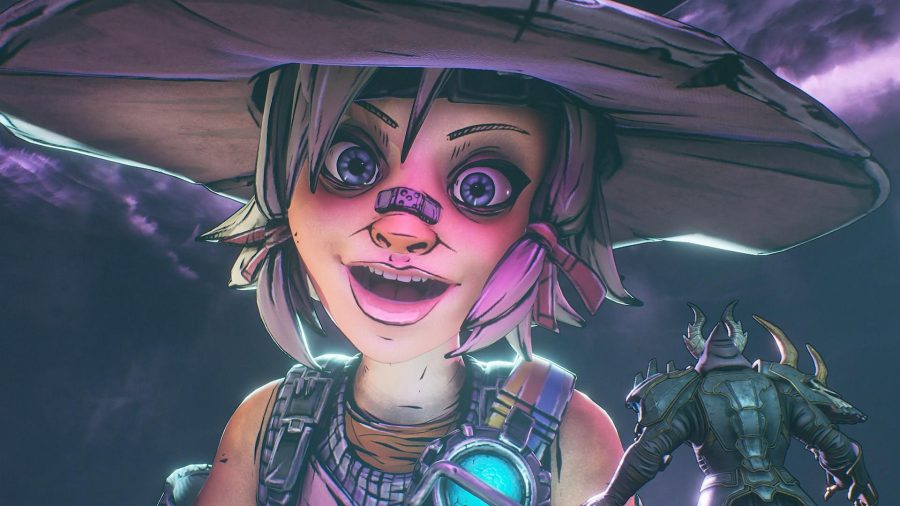 Ashly Burch reprises her role as over-excited Tiny Tina, which is fantastic news considering the amount of gusto she puts into the role. And then you’ve got the likes of established stars such as Andy Samberg (Brooklyn Nine-Nine), Will Arnett (Bojack Horseman), and Wanda Sykes (Ice Age) joining the cast and providing the quick-witted humour we’ve come to know and love from the Borderlands franchise.

On top of the quality of the cast, every character is gathered around the table of the B&B game, playing alongside you, which creates a rather unique dynamic and connection.

But it’s not all about the storytelling, and I’d be a sucker to think a Borderlands game would want me to focus on just that. As I enter the Wonderlands, I’m reminded of the vastness of Gearbox’s customisation and I’m prompted to build my character sheet to play my role in the Wonderlands. So, before you can play B&B, you must decide which of the Tiny Tina’s Wonderlands classes, or Fatemakers, you want to be.

The customisation goes far deeper than just your class

I opted for Clawbringer and their Thor-like hammer because I fancied getting myself a Companion, the Wyvern Dragon, something not available on every class choice. This was admittedly a decision I wasn’t sure about once I started playing, as its skill was somewhat lost in the waves of relentless enemies blocking my path at almost every turn. After reaching a certain point though, I was gifted with my secondary class and this is where I felt my Fatemaker really come to life. I’d toyed with the idea of picking Stabbomancer, a sneaky assassin with swirling blades, as my primary class. To have the chance to combine my classes, work along two skill trees, and double up on character Feats was a great addition to the game.

The customisation goes far deeper than just your class, though. You can choose your pronouns, you can pick the spacing and angle of your eyes, and you can even pick the symmetry of your mouth. All of this is changeable once you reach the Tavern, I later learned. A relief really, since I played it incredibly safe the first time around. Whichever class you do choose though, you can be assured that you’ll need to go hard and heavy with every battle you get thrown into. And, much like Tiny Tina’s own zealous nature, there’s a lot going on. 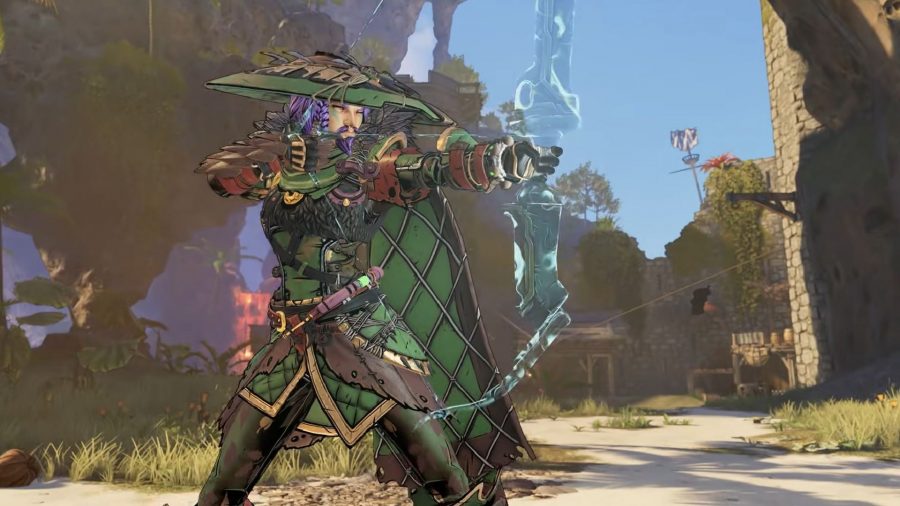 The choice of weaponry, for example, is bountiful. In Tiny Tina’s Wonderlands, the way you equip your weapons is pretty similar to previous Borderlands games. So, as you work your way through the game, you open up slots meaning more weapons to go between.

However, while having a sniper, a shotgun, and a pistol in your arsenal is a godsend at times, it’s also a nightmare. It’s easy to become overwhelmed by the sheer choice in Wonderlands, especially since it’s difficult to know which weapons reign supreme. I found myself constantly flitting between my guns, trying to work out what was best in battle – and this is only made more difficult by the fact that looting anything below a purple becomes a hindrance.

But if you know your Borderlands games, you’ll feel at home with the combat. There are a lot of similarities to be drawn from the combat of the other Borderlands games in that you’re going to be firing like crazy and enjoying the big flashy numbers bop out of your opponent’s wounded body. And much like the Borderlands franchise, you’ve also got to focus on levelling up your Skill Tree and spending your precious points on bolstering your strengths. 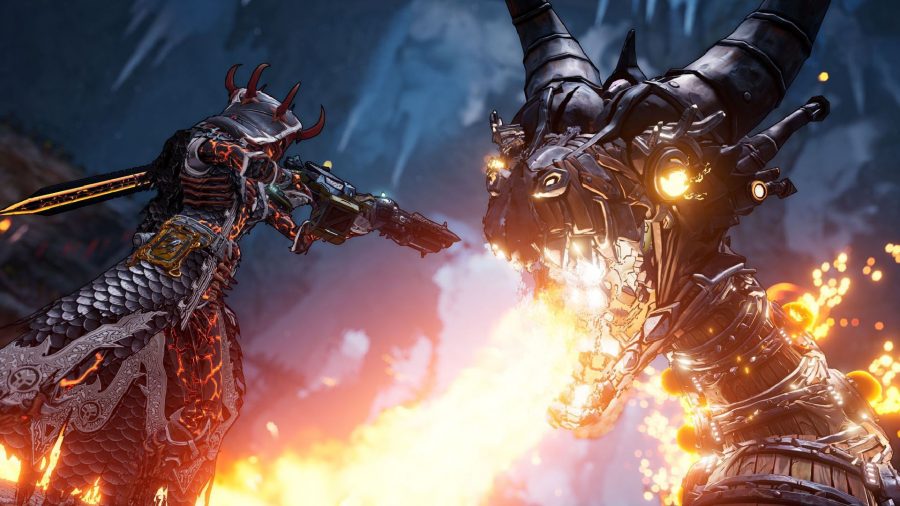 As a Clawbringer armed with my spectral hammer and Wyvern, I opted to focus on my guns and fire elemental damage with my skill points. Alongside skill points, you can also shape your Fatemaker with hero points that can be spent on areas such as strength, intelligence, and dexterity.

So as I crafted my character and divvied out my points, the adventure continued through the Wonderlands. I meet Queen Butt Stallion, a shiny, majestic unicorn who is also the ruler of the Wonderlands – because why not? With Tiny Tina crafting the shape of the land, anything can happen.

After weaving my way through the first few missions, I’m also introduced to a very important addition to the game, the Overworld. It’s a game within a game, but it’s also a map within a map. The overworld is where you control a bobblehead figurine of yourself, moving from place to place. A welcome addition, I’d say, as previous Borderlands games have felt a little disjointed with each map feeling divided. The Overworld really helps to bring Tiny Tina’s Wonderlands’ multi-faceted world together. 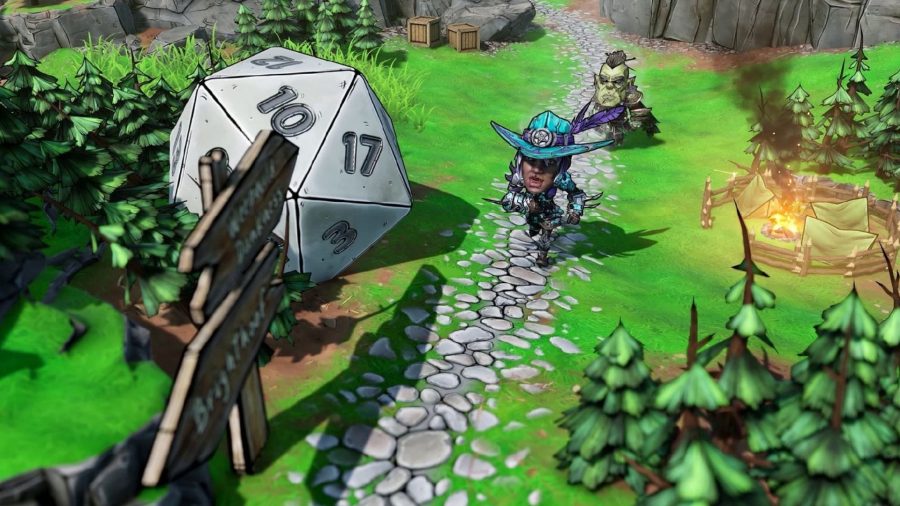 It’s the living tabletop area where you travel between maps, filled with combat encounters, activities, quests, and exploration. And exploring equals better loot, right? Random combat encounters are offered up when you come into contact with a random figure on your Overworld map – figures that I found myself quite early on dodging because while there is potential for better loot, there was no storyline to them and so failed to capture my interest. One moment in the Overworld did find me come across a rogue cheese curl that had been left on the board by Tiny Tina and quickly transformed into another majestical mission that helped bring into focus that the game is dictated by “real-life”, but yet full of imagination.

From the Overworld, I drop into different maps, embarking on campaign missions and side quests, finding Lucky Dice (which increase your chances of good loot in the area) and looking out for yellow paint marks that signify parkour loot finding. The missions though, much like the Borderlands franchise as a whole, offer little outside of just shooting and looting.

While it’s a staple of the series, it’s something I’ve found, at times, to be a little repetitive. That’s not to say it’s not an excellent way to hammer through a game, but sometimes in Tiny Tina’s Wonderlands, I found myself looking for respite and hoped for some slight variations to the Borderlands formula. 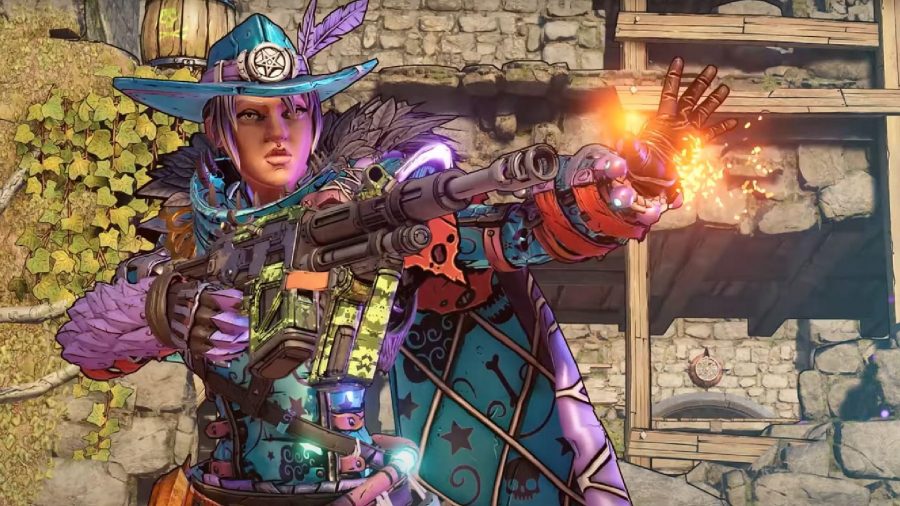 You can find occasional respite thanks to the storytelling, but more often than not, it’s short-lived. Understandably so really, considering once I get into a co-op playthrough with friends – as is how I most enjoy Borderlands games – I’ll be paying less attention to the story and more time arguing over what loot everyone grabbed. From the outset though, I’ve been set up with the narrative arc that there’s a big bad boss called the Dragon Lord who I’m set to take down, once I eliminate his minions. For a game so diverse and dramatic, it is a tale too easily told.

The true shining star of Tiny Tina’s Wonderlands, as I’ve alluded to before, truly is the game within a game concept. Having your narrative change on a dime (or a dice roll) is an extremely enjoyable and humorous journey to go on, even if the overarching storyline is a tad basic. 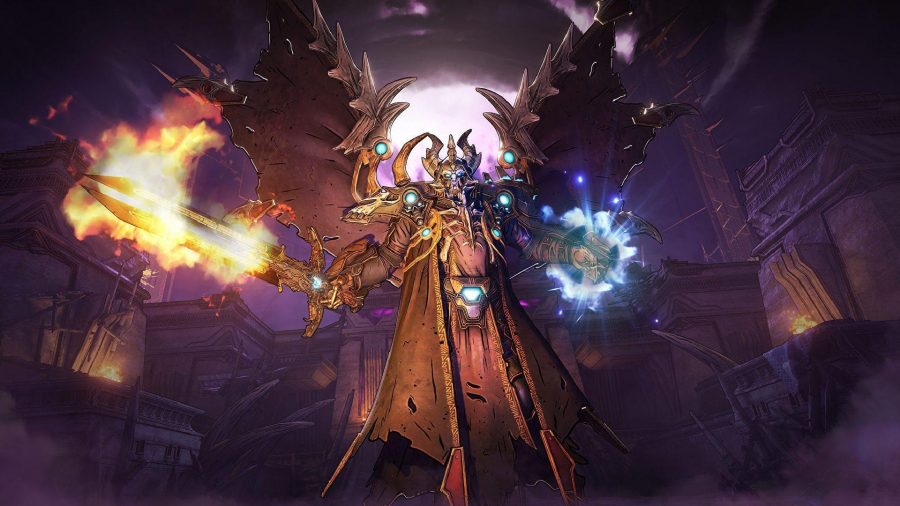 Andy Samberg’s character, for instance, is the self-obsessed Valentine who at one point suggests I seduce a drawbridge to get it to drop. Tiny Tina can decide mid-narrative that the area is too simple and instead flood it with hoards of the undead storming towards a village under siege.

It is worth noting too that Tiny Tina’s Wonderlands has been technically impressive too. Playing on Xbox Series X, I can only applaud the visual capabilities and smooth gameplay I’ve experienced. Only in rare moments did I suffer lag from the sheer amount of things going on at the time, but it has also handled some truly epic moments with ease. Hopefully, this performance continues throughout the rest of my playthrough.

Overall, I’m loving Tiny Tina’s Wonderlands because, well, I love Borderlands. It’s quite difficult for me to judge it as a separate entity because it does very much feel like Borderlands wrapped in a fantasy skin without many unique or revolutionary aspects on offer. 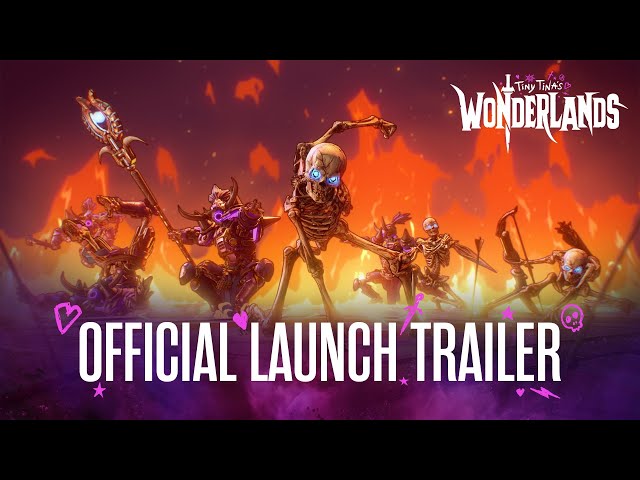 You can’t help but feel there are some missed opportunities though. A fantasy game is something developer Gearbox has been wanting to do for a very long time. I wonder if its creation was somewhat skewed by the games that came between Gearbox’s early vision and Tiny Tina’s Wonderlands arrival, becoming heavily influenced by Borderlands’ tried and tested recipe, rather than a unique one of its own. But with a formula so popular, it’s totally understandable, and it does translate well into this fantasy world.

Tiny Tina’s Wonderlands offers an excellent shoot and loot experience set to the backdrop of tabletop gaming in an ode to D&D. Unfortunately, if you’re looking for something different, it feels far too similar to any Borderlands’ games that came before it and fails to take risks in a fantasy genre that welcomes them.