Remember Tiny Tina from Borderlands? Well, she’s got her own spin-off game from developer Gearbox, and it promises to be filled to the brim with looting, shooting, and a hell of a lot of magic. This fantasy realm RPG looks set to marry high-powered weaponry with mystical spells and the ultimate goal to defeat the Dragon Lord and save the Wonderlands. Even if you’ve not played Borderlands previously, Tiny Tina’s Wonderlands offers a standalone experience that can be enjoyed regardless.

A big decision at the beginning of the game will be which class you choose to play as. There are six individual Tiny Tina’s Wonderlands classes to pick from, each equipped with their own unique abilities and badass names like Clawbringer and Stabbomancer.

There are six classes in Tiny Tina’s Wonderlands:

In Tiny Tina’s Wonderlands, you’ll pick your primary class when you begin the game’s campaign. Later on in the game, you’ll unlock the multiclass system which gives you the opportunity to pick a secondary class, harnessing both classes’ powers and, in some cases, doubling up on your sidekick companions.

Each class possesses its own skill tree, two action skills, and a class feat. The class feat is an always-on passive ability that can affect your playstyle and where you shine in battle. The action skills, which we’ve outlined for each class below, are unleashed during fights and have relatively short cooldown times, but you can only equip one at a time.

Whilst your primary class pick is a forever choice, the secondary class choice once you’ve unlocked multiclass is interchangeable and something you’ll get more to grips with as you figure out how you want to play Tiny Tina’s Wonderlands. So, without further ado, let’s take a look at the classes on offer. 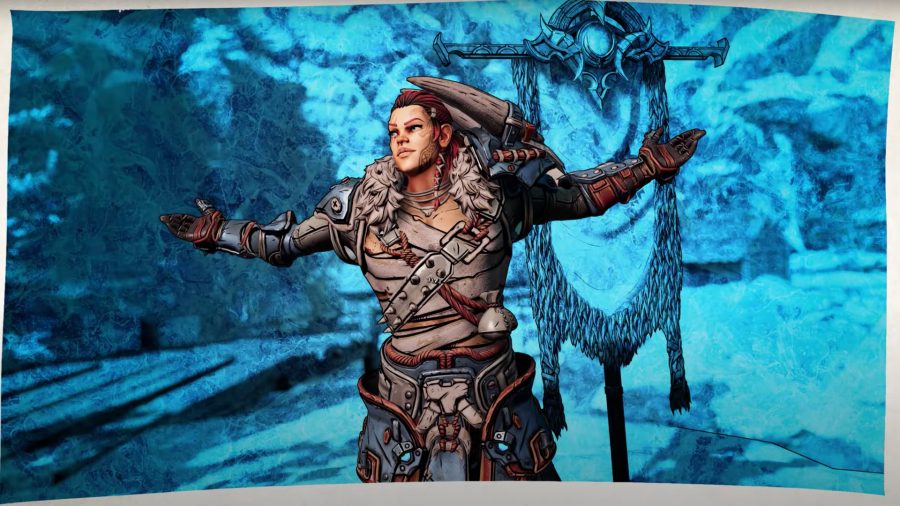 With the Brr-Zerker class, it’s all about getting up close and personal, turning enemies into popsicles and punching their way through battle. With the Feral Surge and Dreadwind skills, Brr-Zerker’s use the power of frost and melee to deal damage, freezing and shattering their enemies, and emit area of effect attacks that can take down multiple enemies at a time.

According to Gearbox, Brr-Zerker’s are also able to “become Enraged via their Action Skills” as well as being “able to channel their bloodthirst by leeching life from fallen foes using a dash of occult magic”. This is a real bruiser of a character class in Tiny Tina’s Wonderlands. 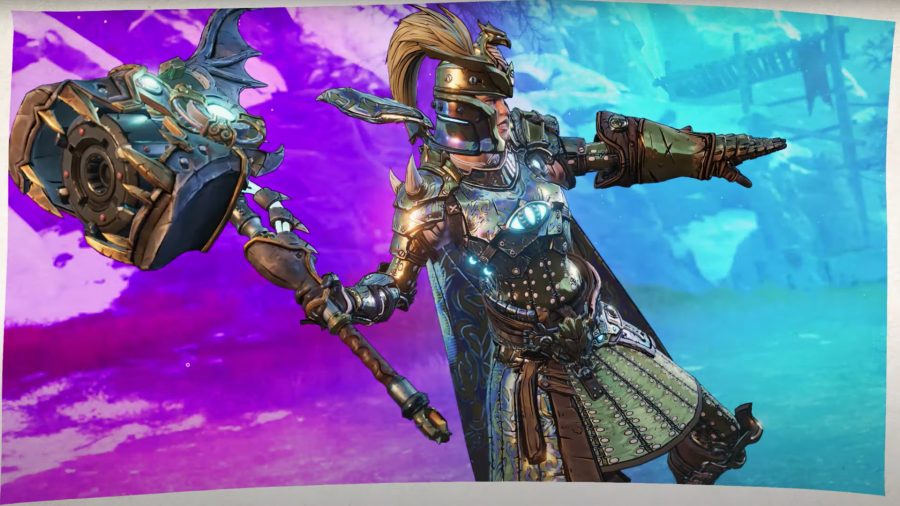 With the Clawbringer class, players can embrace the thunder-fuelled hammer magic akin to Thor. Focusing on fire and lightning damage, Clawbringer comes equipped with their own magical hammer as well as a dragon companion, via the class feat, that deals its own secondary fire-breathing damage attacks. Whether it’s slamming enemies with lightning damage from the hammer or creating a massive fire nova to take down enemies, Clawbringer brings the, erm, fire.

According to Gearbox, the Clawbringer carries an additional ability to unleash the Dragon Aura that empowers their whole party with additional fire damage and more. 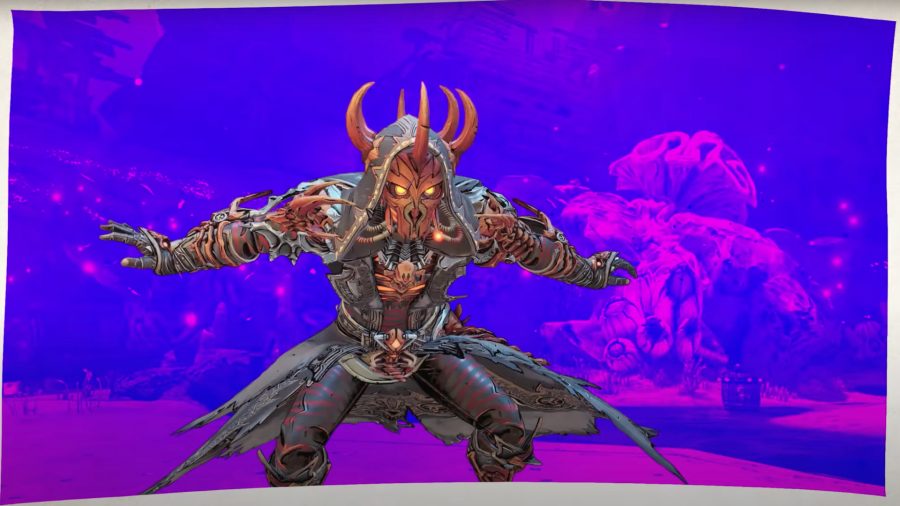 The Graveborn class is high risk, high reward and focuses on turning health into dark magic. Both skills, Reaper of Bones and Dire Sacrifice, play into Graveborn’s specialties by sacrificing health to deal magic damage to nearby enemies.

Graveborn also has a sidekick in the form of the powerful and ancient flying skull, Demi-Lich, that deals additional spell damage. Additionally, when Graveborn casts a spell, it triggers Kill Skills to summon hellish minions to join the fight. 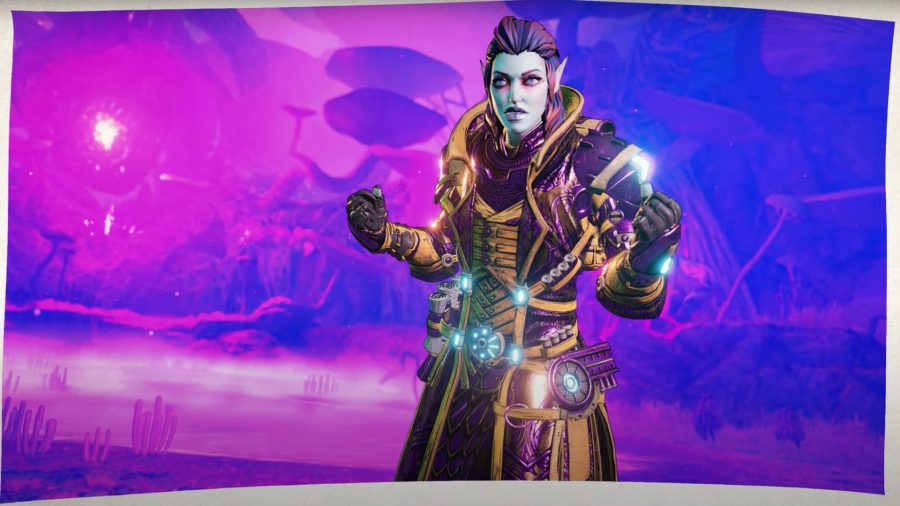 The Spellshot class is the ultimate combination of magical spells with physical bullets, slinging spells and shooting shells in Tiny Tina’s Wonderlands.

Described by Gearbox as “gun-toting wizards”, Spellshot’s can equip two spells at once with their Ambi-hextrous skill, turn enemies into fluffy, useless Skeeps, and an additional Spellweaving class feat increases spell damage and fire rate as they cast spells or reload. They also wear a fantastic wizard hat and cape that add to the deadly wizard aesthetic. 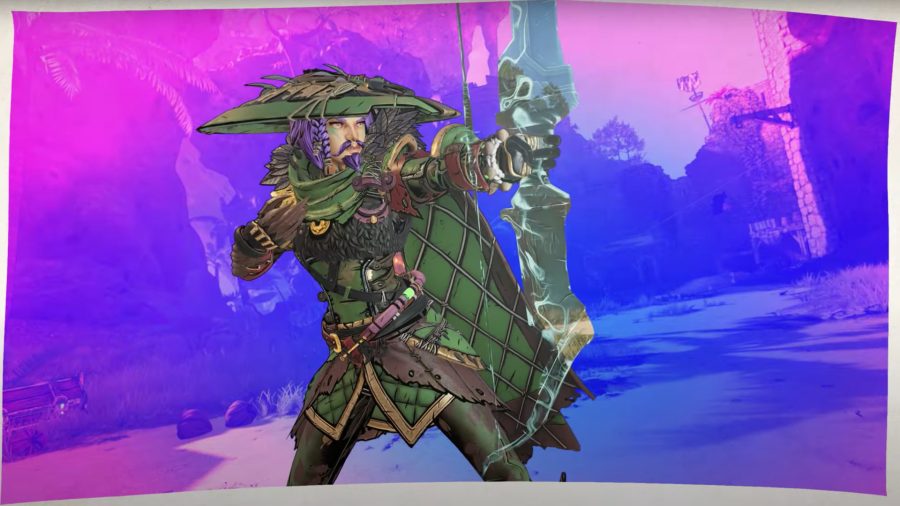 The Spore Warden class embraces nature only to weaponise it by summoning tornadoes and launching volleys of arcane arrows at enemies. The Spore Warden has a mushroom sidekick that can spew its own toxic spells alongside their master class.

Unlike the Brr-Zerker class, Spore Warden’s choose to fight from distance equipped with a mystical bow and arrows and using speed to escape danger. Alongside core skills, Barrage of Arrows and Blizzard, the Spore Warden’s can also significantly boost the abilities of their companies and allies around them. 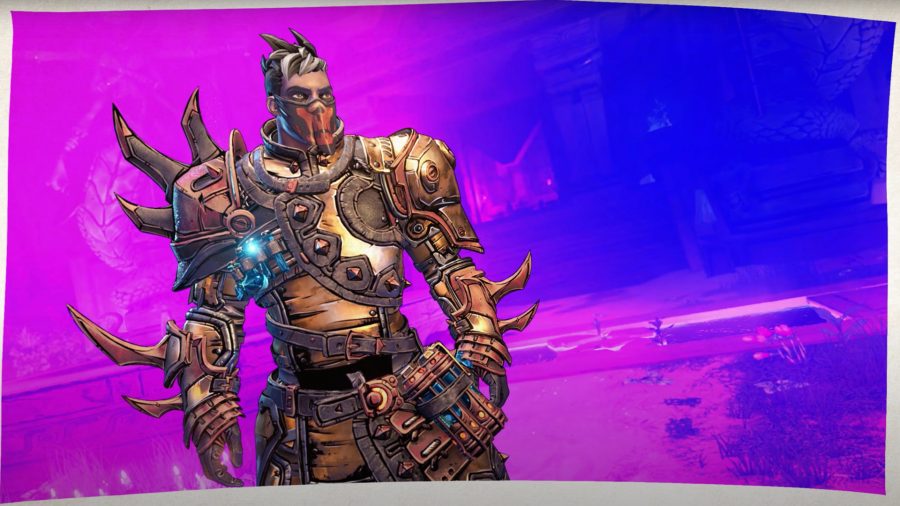 Finally, the Stabbomancer is a Jack of all trades class that uses an array of skills to target enemies’ weaknesses with great movement and the abilities to swap in and out of stealth mode whilst alternating between guns, melee, and spells.

Like the Spore Warden, Stabbomancer benefits from using great speed to avoid enemies, but also possesses the ability to deal damage and fire guns whilst in sprint mode. Their Dirty Fighting class feat, for example, increases your critical hit chance.

So, whether it’s the Thor-esque nature of the Clawbringer or the arrow-shooting Spore Warden that has lured you in, the decision is yours for the making. When it comes to Tiny Tina’s Wonderlands, we’ve got you covered. So, be sure to check back for more content.