Am I pretty pissed that Guy ‘Dr DisRespect’ Beahm’s interviews yesterday ended up being a weird part of a wider PR campaign to tease a potential return? Yes. Were they as worthless to figuring out why he was banned as some are making out? No. Does it still leave me confused about why he was banned from Twitch and with more questions than answers? Yes.

Dr DisRespect’s interviews with The Washington Post, CNN Business, and PC Gamer gave us a lot of information to mull over. While we still don’t know why the streamer was banned, the interviews certainly aren’t without value as some online have made out. A lot of the new information about Doc’s case gets us closer to that answer, but there’s also still plenty of holes in this mystery and it’s utterly baffling.

Before donning my metaphorical scuba gear and diving into all of this, I guess I should disclose that I am a fan of Dr DisRespect’s content. A fan of the man himself? That certainly wavers. But I’m a fan of his brand, his streams, and his unique style on a platform where almost every other well-known streamer’s broadcasts look the same.

Despite this, I’m trying to remain objective here. I want to hold him to account.

My appreciation of his work jaded my view of the interviews initially, I have to admit. But as soon as that teaser video dropped a few hours after with a silhouetted Doc singing off-pitch in front of his trademark Lamborghini like nothing had ever really happened, it certainly gave me food for thought about “Doc 3.0” and his relaunch.

But first, let’s dig into those interviews.

Dr DisRespect says he’s considering launching a legal challenge against Twitch, even admitting he had to be careful with what he said to PC Gamer.

He also categorically rules out a return to Twitch. Even if a legal battle results in a win for The Doc, it looks as if that bridge is well and truly burned. “I will not be returning to Twitch, so, I mean, that’s it,” he says. This does throw up more questions than he answers, though. With Dr DisRespect reaffirming in these interviews that he still apparently doesn’t know why he’s been banned, it does seem odd that he would completely rule out a return – and consider launching a legal case against the platform – without having some indication of what the reason for the ban was.

Another interesting nugget of new info is that progress on Dr DisRespect’s TV show deal with Skybound Entertainment is still being made. This is particularly noteworthy as it shows that projects with those outside of his own personal team are continuing. This appears to signal that whatever situation The Doc has got himself into is either Twitch-specific or is in a strange middle ground that can both violate Twitch’s TOS but not put off external partners like Skybound. 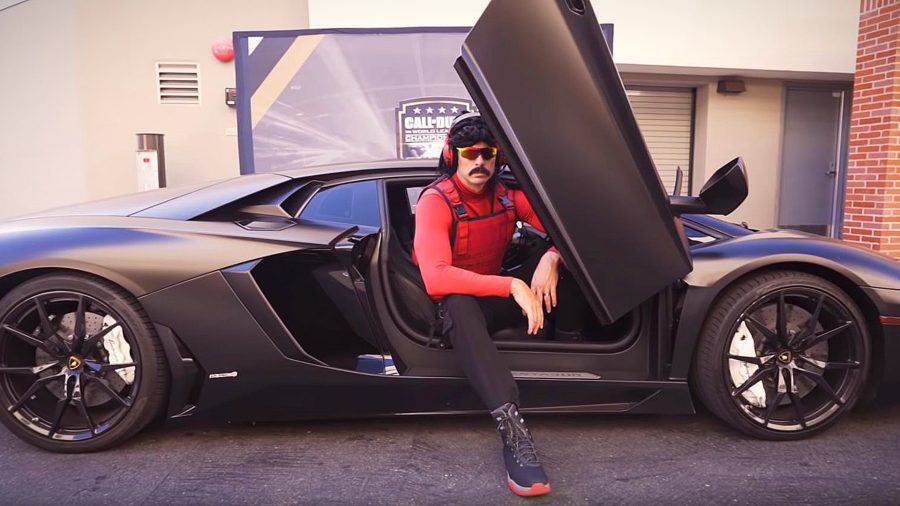 Despite it being less than three weeks since his Twitch career was suddenly ended, Dr DisRespect is also starting to tease a return in some form of another. I’ll be honest, this is likely the main reason for him going to the media for those interviews. With PC Gamer, he discussed furthering the visual impact of his productions, creating a “Doc 3.0,” and where his future streams might end up.

Initially, this suggested to me that whatever trouble he is in, it isn’t something that will massively damage his reputation. Even a fanbase as loyal as Dr DisRespect’s wouldn’t return to him if he was found to have done some heinous crime, right? Why would he try to reestablish a streaming career only for his audience to disappear entirely if the news comes out that he’s done something terrible?

Related:  Who are the biggest streamers on Twitch?

All of this, to me at least, seems to rule out some of the more serious conspiracy theories online. A production company would surely not continue making a show with someone without digging into the allegations, and you would think The Doc and his team would not waste their efforts relaunching his brand and streaming career only for it to come crashing down again.

We know from Slasher’s previous intel that this was not some under the table streaming deal negotiation gone wrong. But it is something worthy for Twitch to severe its relationship with one of the biggest streamers out there.

So while breaking his silence will have excited his fans, we still have a lot of ground to make yet. His black and white answers in his most recent interviews narrow down the grey area surrounding the mysterious ban of Dr DisRespect, but we’re still a long way off from learning the true story.