Stray is packed with collectibles and items. And, one of those collectibles is B-12’s long-lost memories. They are key to helping them recover their past life before our feline friend met them. So, if you want the full picture you are going to want to know where all the Stray Memories locations are.

Luckily, this guide will be the article you need to find them all. Only five of them are found as a part of the story and the rest are completely missable if you are not looking in every corner of the city for secret passages and pathways and the green shimmers of the memories.

As such, be sure to read on for the Stray Memories locations so you can find them all. This guide is split up into chapters, so you can easily go back and find them in chapter select or play the game again from the start.

There are 27 Memories to collect in Stray, with five being found as a part of the story and the rest being missable. These can all be found by looking around each of the levels are signified by some green shimmering effects. They are in the following locations: 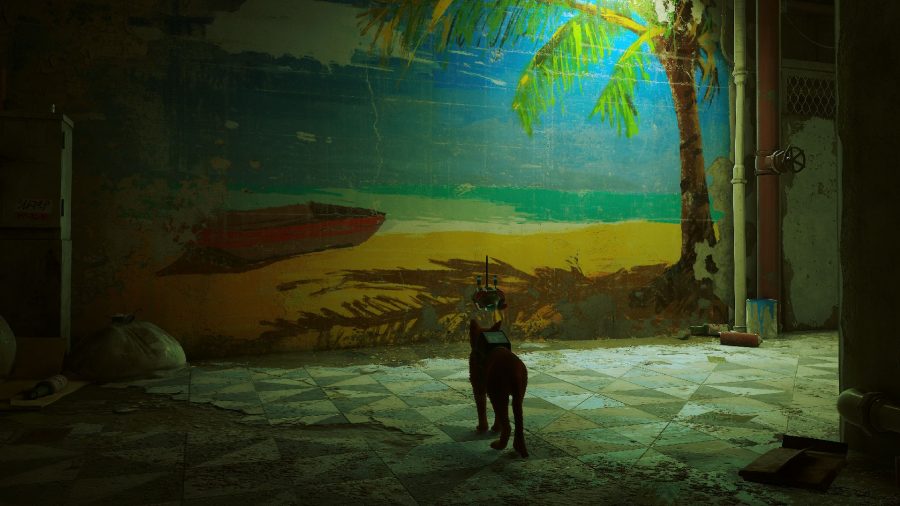 The first memory is found automatically as a part of the story after you leave the flat. It is impossible to miss. 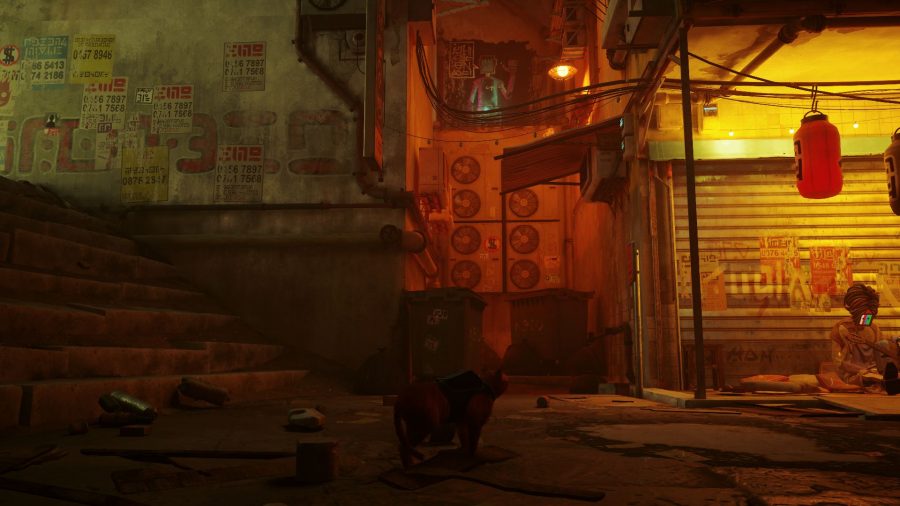 The first memory in this chapter is found after the robots have come out from hiding. From the garage where the Guardian is, head to the left and just next to Morusque you will see a graffiti painting on the wall.

Jump up to that wall and then interact with it to grab the memory. 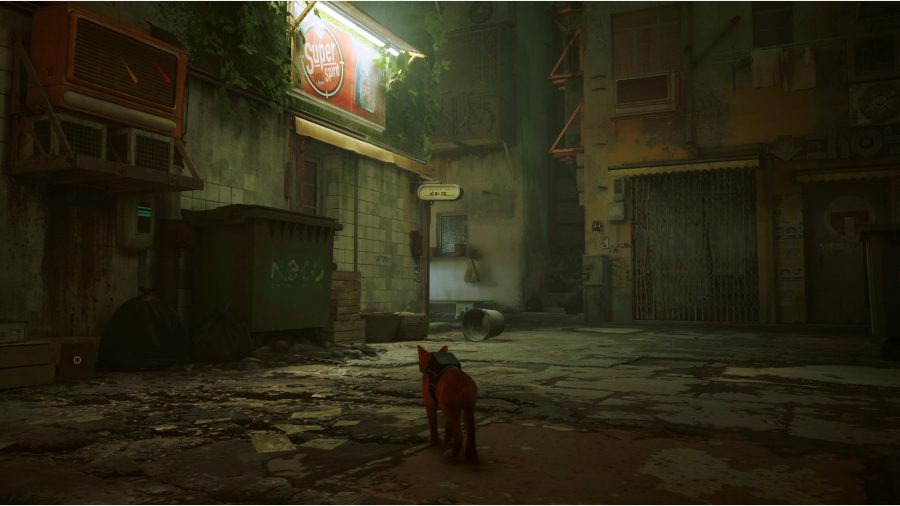 The next memory can be found by walking down the set of steps opposite the Guardian. Look to your right and you will see an alleyway with a robot called Zoe in the corner and a Super Spirit billboard on a shop.

Head down the alley and walk all the way to the end and up the steps to find a memory on the wall which says ‘RIP humans’. Interact with it to add it to your collection. You can also find a vending machine location here as well. 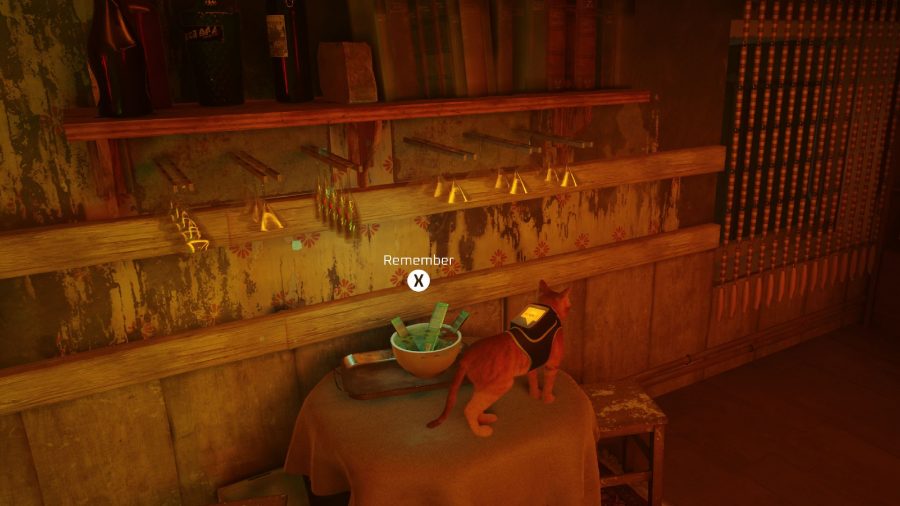 The next memory can be found in the bar. To get here, go back to the Guardian and walk down the alley opposite them. You will pass Teddy leaning against a vending machine and see the door on your left.

Go up the stairs and jump onto the small table to see the memory and interact with it to add it to B-12’s recollection. 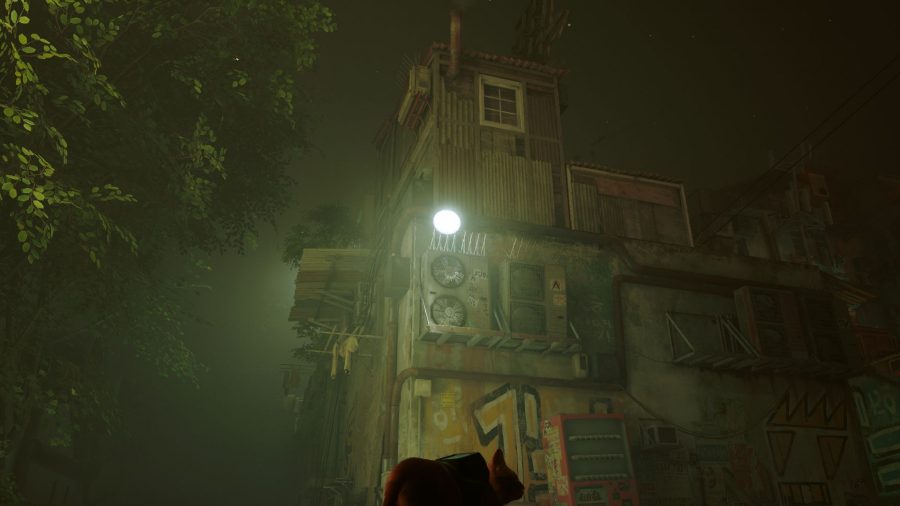 From there, head back to the Guardian and look to the building next to you with the red vending machine. By the large sign on the top of this building, you can find the next memory.

So, climb up using the vending machine and the ventilation shafts to find a robot which holds the memory. 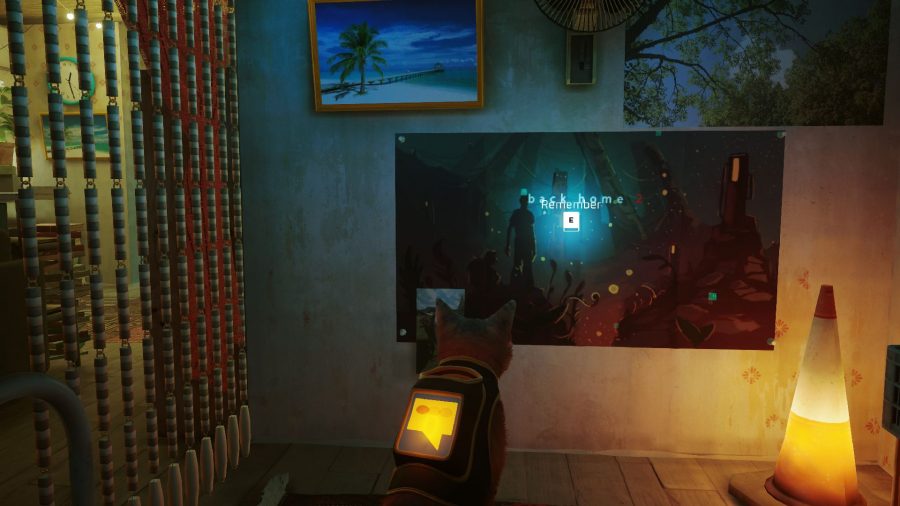 When you head up to Momo’s apartment, look behind him to find his bed.

Opposite the bed is a poster which you can interact with to get the next memory. 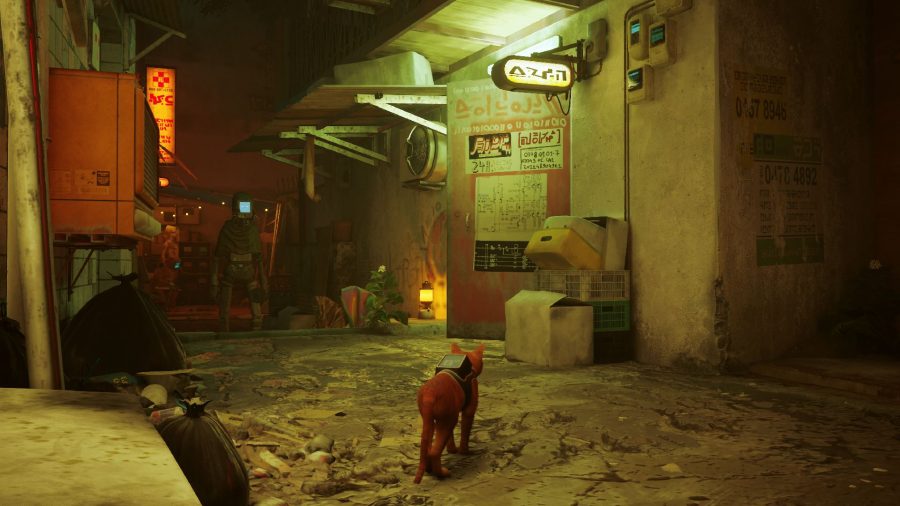 The next memory can be found in Elliot’s Programming on the top floor.

Elliot’s Programming can be found between the main bar and Grandma’s clothing. You will see the red door with a translatable poster on it on the corner of the street. Scratch on the door to get a friend to open it and head upstairs to find the memory on a chair. 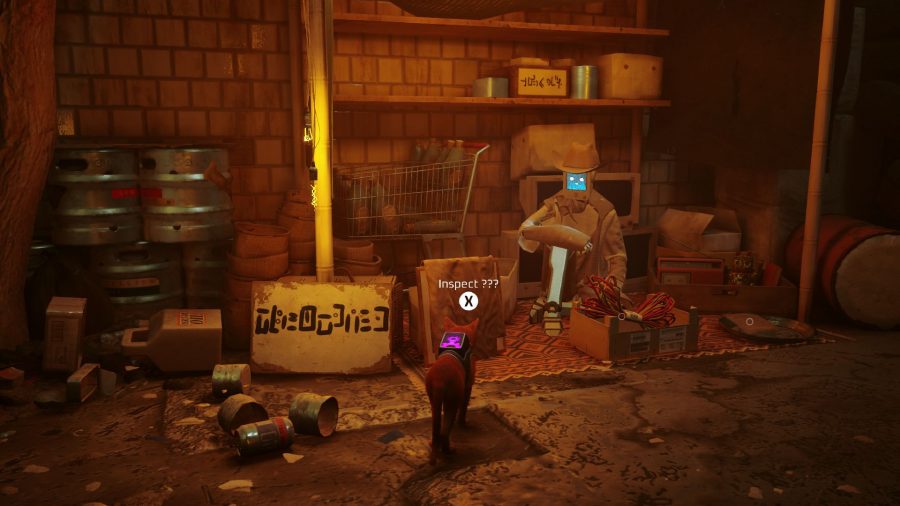 Finally, head back to the Guardian and look to the right of him to find a Merchant. He will sell you a mysterious gift for three energy drink cans.

If you don’t know how to get energy drinks, read our guide and look out for Vending Machine locations in The Slums. Once you have three energy drinks, come back and buy it from him to get the memory. 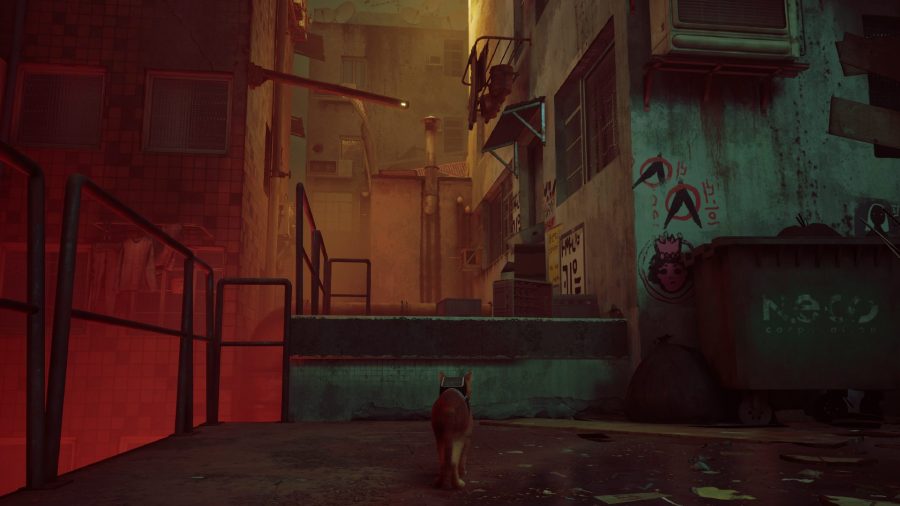 After your first two encounters with the Zurks, you will see a set of jumps that lead up to a rooftop in the corner of the area.

Jump up here and ignore the pole hanging out. On the rooftop in the corner, you can find the memory, which is a large sign. 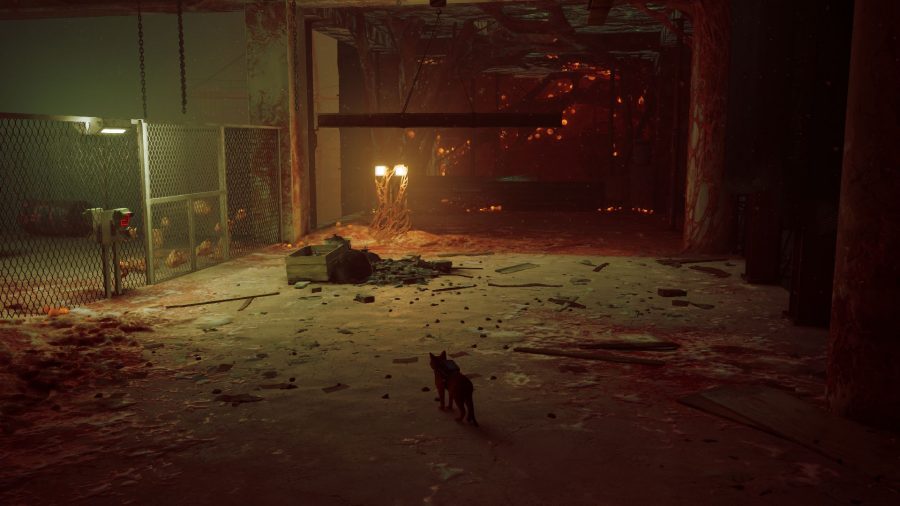 When you get to the upper levels of the construction sight about a few minutes after the previous memory, you will see a gate with a number of Zurks in it.

Before you open it, walk to the end of the level of the building to find the memory tucked behind some building materials and against the Zurk nest wall. 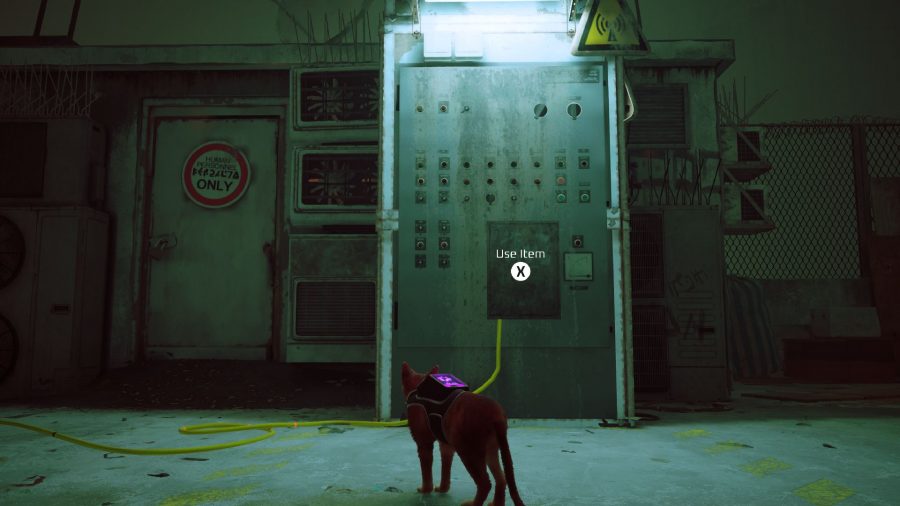 The next memory is another one that is unmissable.

Once you attach the transceiver to the antenna you will automatically get the memory once B-12 looks out at the city in the cutscene. 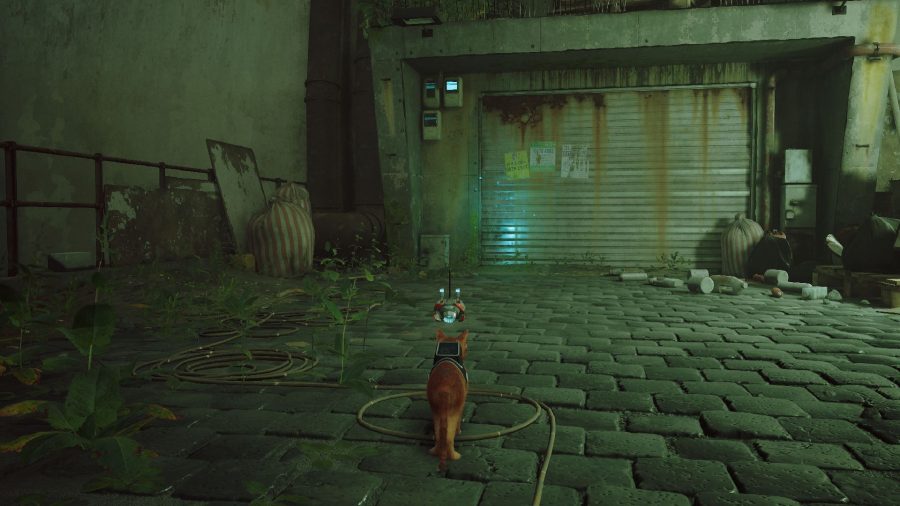 The first memory in this chapter is found before you head down the path with all the Zurks. Instead, look behind you and you will see a garage door to the left of where you walked down. The memory is here and can be picked up. 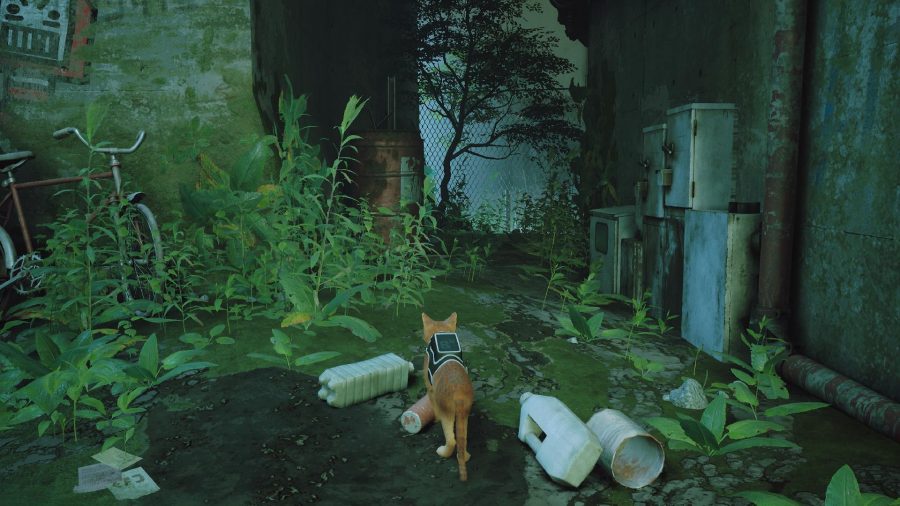 After passing all the Zurks and crashing off the cart, you will need to climb up a set of pipes. After that climb, you will see two paths in front of you.

Instead of jumping up to the left, walk over to the fence ahead and through the gap to find a robot and the memory. 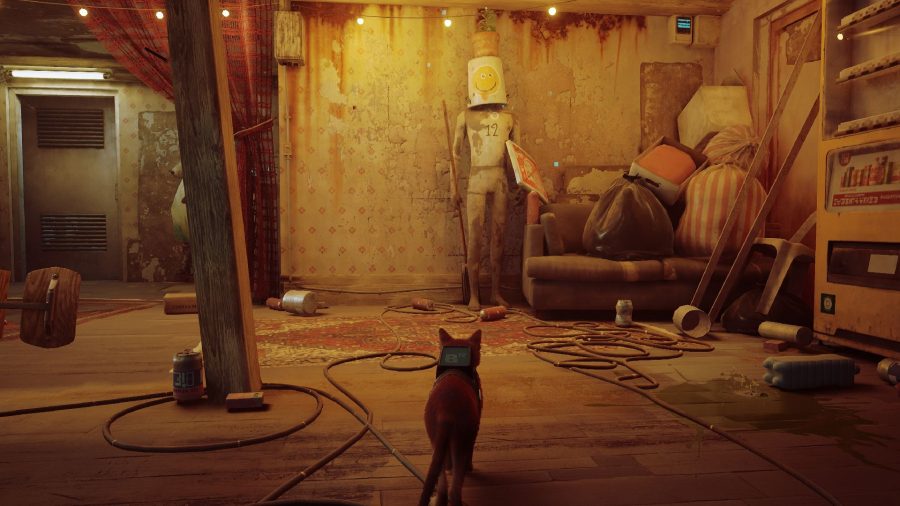 The final memory in this chapter can be found in Doc’s house after you fend off the Zurks.

Go to the bottom floor and look opposite the kitchen to see the memory on a wooden dummy. 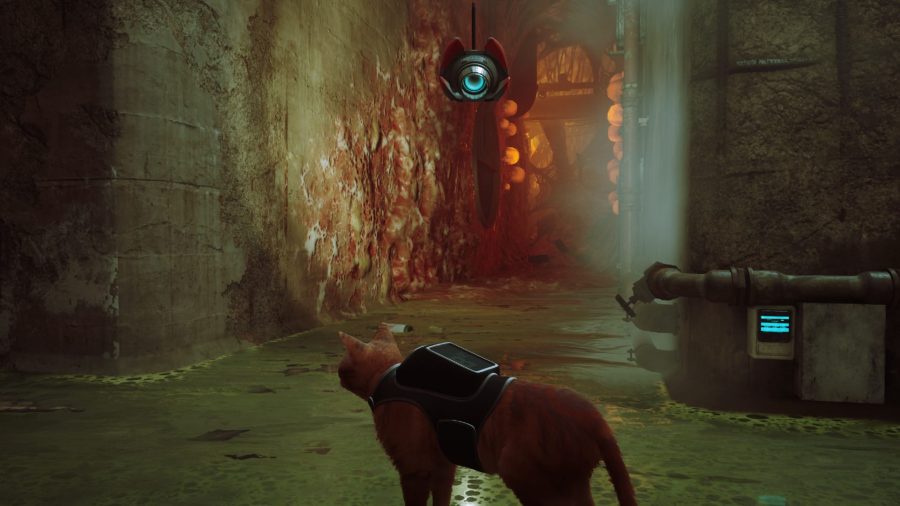 The Sewers’ first memory location can be found after you hop off Momo’s boat and the large door shuts behind you leaving him behind.

You will eventually go down a narrow passageway, with a path opening up to your left. Destroy the Zurk nests around you and hop through the pipe to find the memory on the other side. 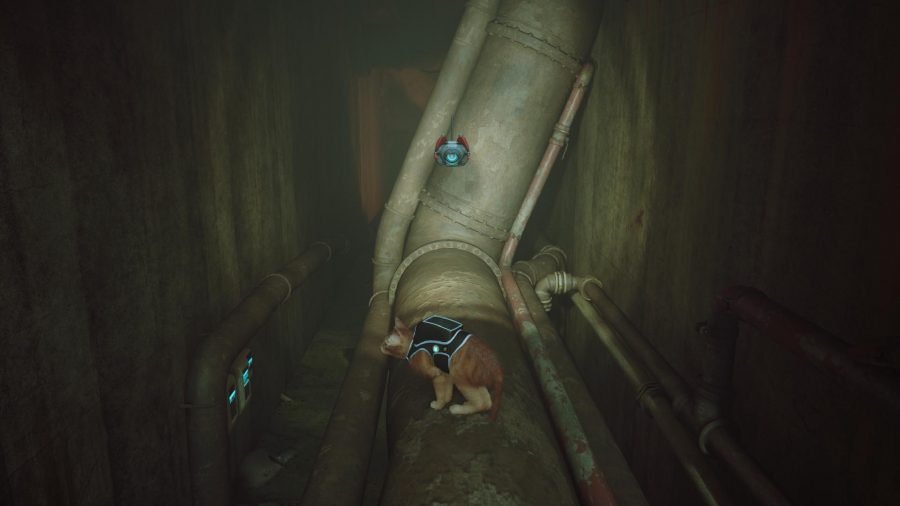 After you pass the first section with red eyes, you will jump onto a pipe. Before progressing onwards, look in the direction with the large pipe leaning against the wall.

Jump onto the nearby small pipe and follow the path through the drain to find a memory in front of a set of eyes. 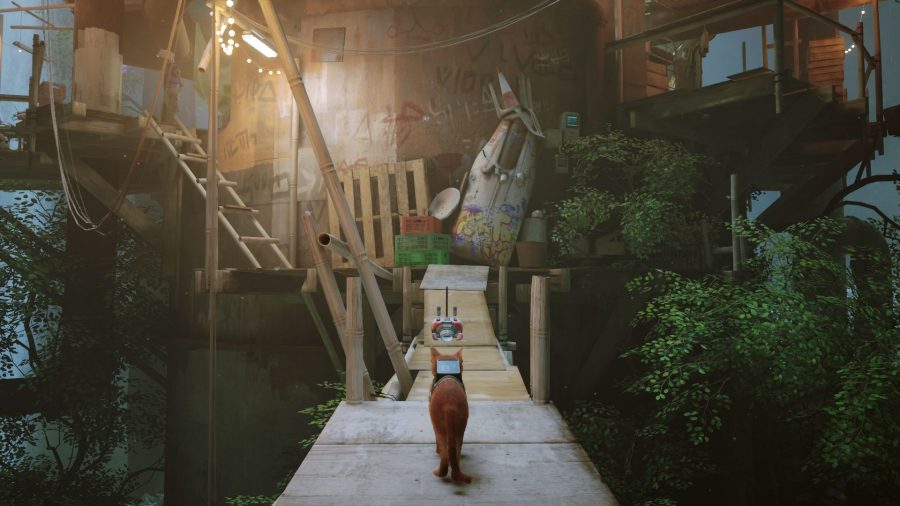 The first memory is a story memory and therefore it is unmissable.

As soon as you cross the bridge to the tower, B-12 will remember something upon looking at a machine, adding this memory to your collection. 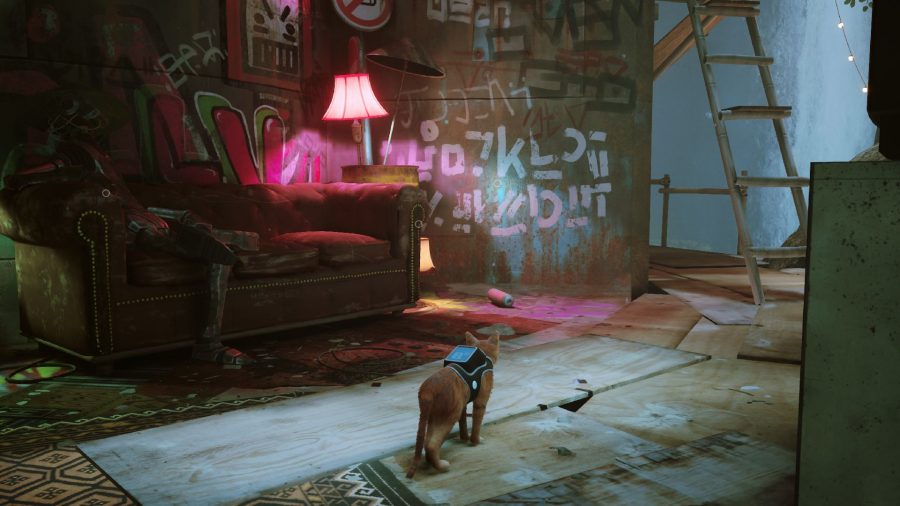 From there, head all the way up until you are told to reach Midtown. Before continuing up the Antvillage, go down two levels of the tower and you will find a robot on a couch.

Just next to him, on the wall is the memory to collect. 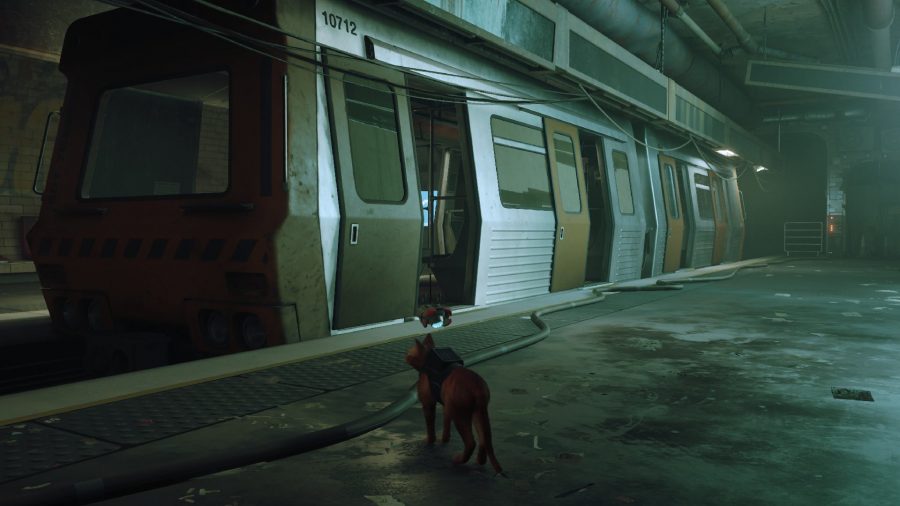 After climbing to the top of the Antvillage, you will come across a train car. B12 will then remember more details about their past.

This will give you another story memory that is unmissable. 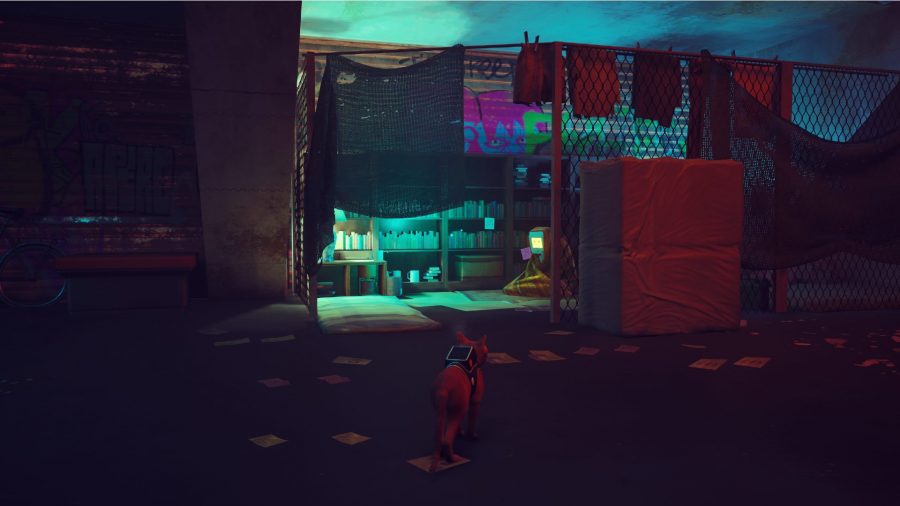 After passing the train car and going up the stairs, look to your right to see a robot and a memory on the bookshelf.

Head on over to pick it up. 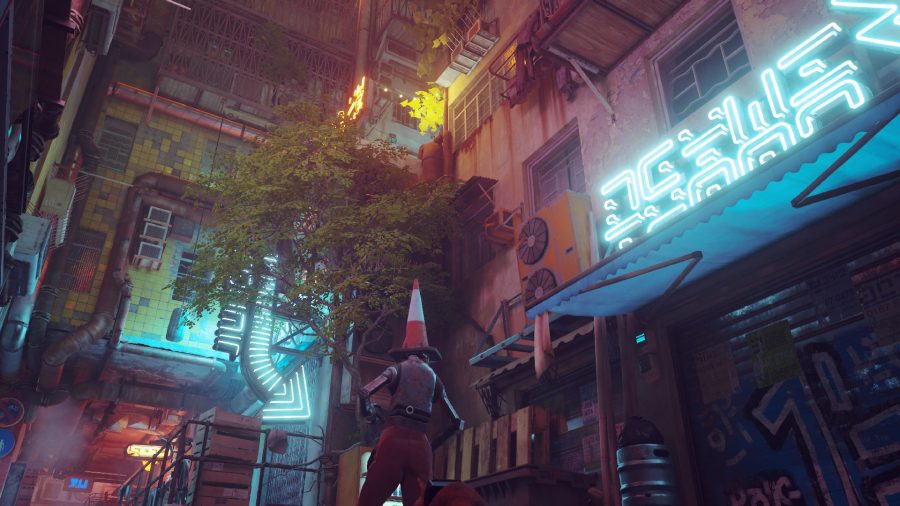 Head up the path until your reach the bouncer outside the club. Just before him, you can find an alleyway.

Go down this alley and then look up by the shop sign to see some ventilation boxes you can climb to a rooftop in the corner. Climb up then by jumping on the wastebin first to find a memory at the top. 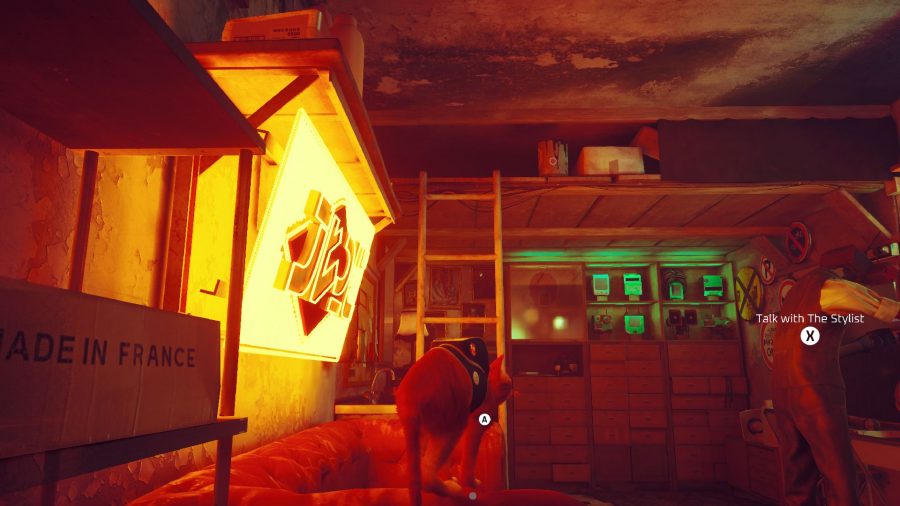 Next, head to the man who is sleeping on a couch, just before the residency. Opposite him, you will find a barber’s shop.

Head inside through the window and then look up to see a small gap in the ceiling you can jump to. Jump up here using the sign to find the memory location. 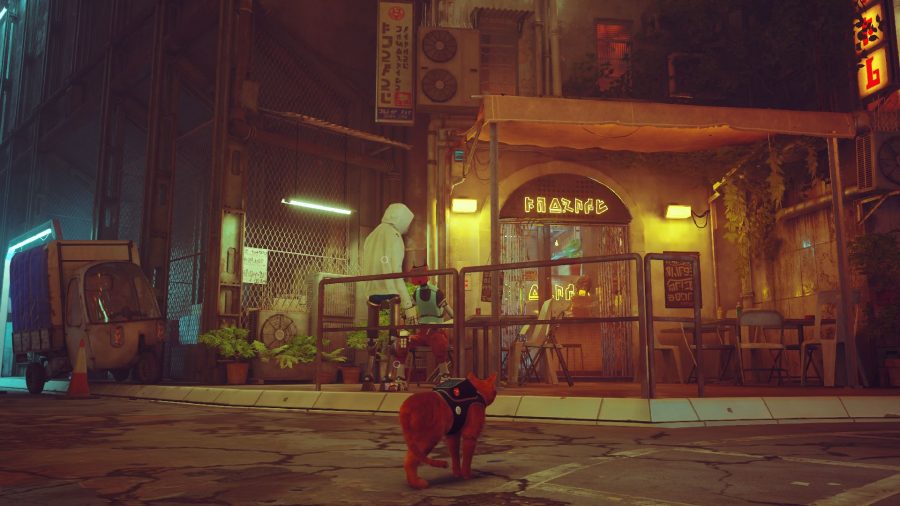 From the last memory, head to the central hologram in Midtown. Look for the small cafe with an orange sign.

Head inside and jump up to the ceiling in this building to find another memory up here to grab. 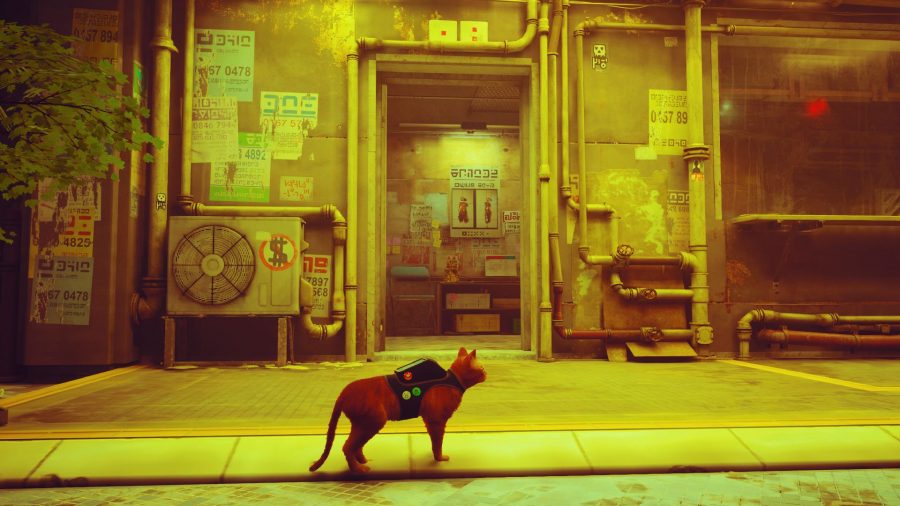 After you have entered the facility and visited Clementine and found out she is at the club, head back to the central hologram. Here you will see the security station is now open.

Head inside to find the memory as a picture on the wall. 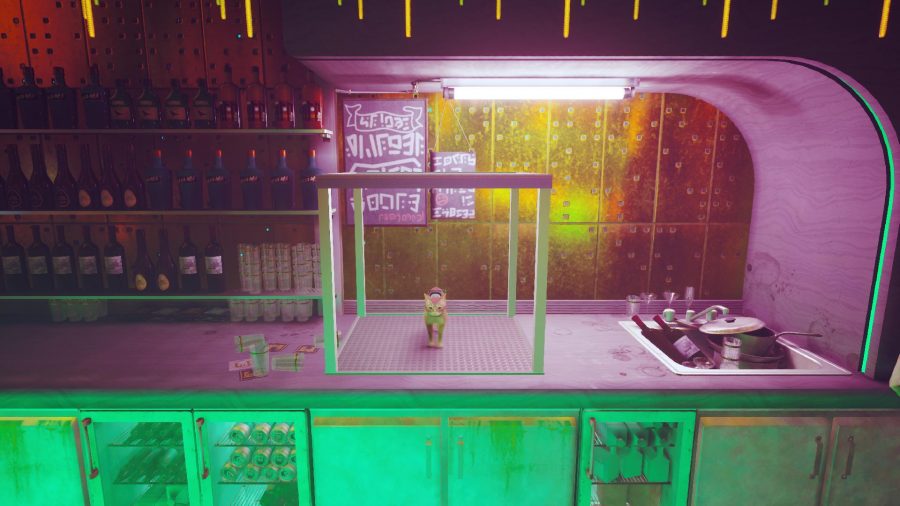 Next, head to the club and sit on the device in the bar that takes you to the kitchen. Down here, you can find the final memory in the chapter.

Pick it up to collect it and add it to your collection. 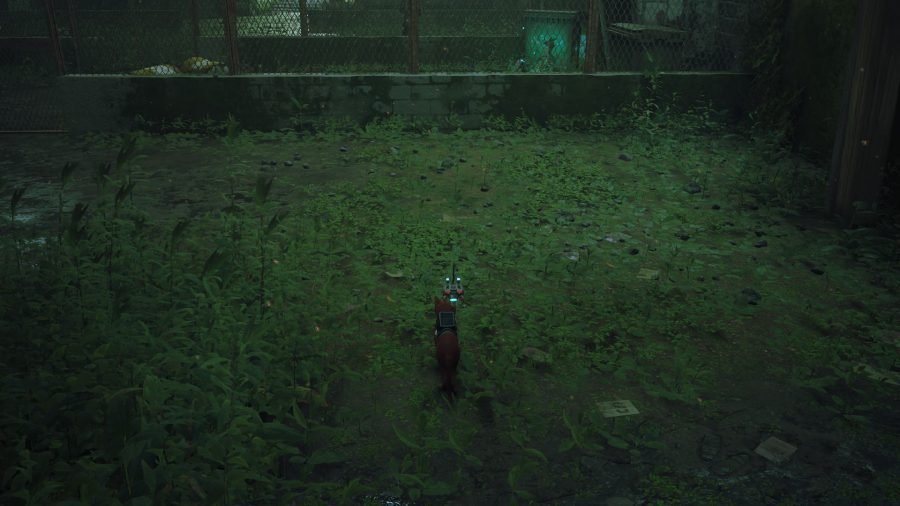 The only memory in the Jail chapter can be found once you retrieve B12 and head outside.

You will need to guide a Sentinel over to the jail cell and lock the door, at which point your buddy will then open a gate, with the memory being on your right. 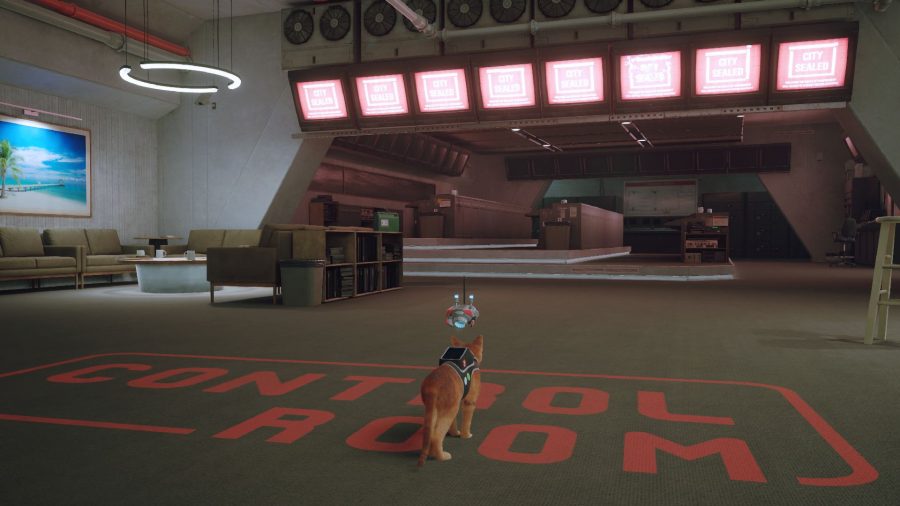 Upon entering the control room in the chapter, B12 will remember what happened to his family and to humanity.

Once this scene has played out, the final memory will be added to your collection.

That covers all the B-12 Memories in the game. For more collectibles, check out our guide on the sheet music locations in Stray and more in our Stray walkthrough.