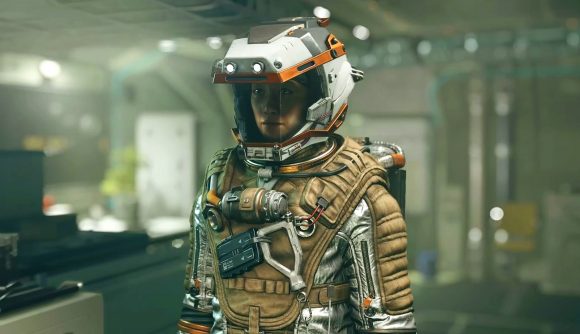 A fan project collating every morsel of Starfield information we have has finally finished documenting everything we learned from the Xbox and Bethesda Games Showcase, and has roughly tripled in size as a result.

Started by Reddit user ‘Gokamo’ prior to the showcase, the Starfield Compendium was a 120-page document that pulled together every leak, announcement, trailer, interview comment, and screenshot that had been released into the wild about the upcoming space game. Following the showcase’s massive information dump and gameplay reveal, Gokamo has now updated their compendium – and it was no easy task.

In a new Reddit post, they share the updated version of the document, which has now swelled to 409 pages and over 45,000 words, plus loads of new trailer screenshots, concept art, and more. This pulls together all the new information we got about the Starfield planets, religions, skills, and so much more.

As well as breaking down the 15-minute gameplay reveal, Gokamo has also broken down interviews given by the likes of Bethesda’s Todd Howard and Pete Hines, and examines new assets and concept art too. The total file size of the document is now around one gigabyte.

“I thought last time was a lot of work, this made 120 pages seem like a breeze,” Gokamo jokes.

If you think there are any gaps in your Starfield knowledge, treat yourself to some light reading with the Starfield Compendium. If you don’t find what you’re looking for, chances are it just hasn’t been announced yet.

We don’t know how long it’ll be before we get more information about Starfield, but Gokamo pledges to do at least one more major update to their compendium before the Starfield release date.