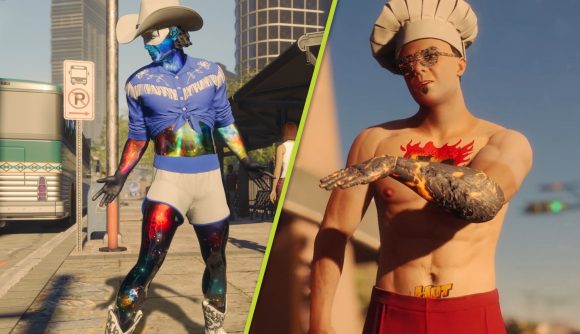 Saints Row gets a reboot in August, and while the developers behind the ludicrous series’ latest instalment insist it is more grounded in reality than previous games, it’s rather hard to believe them after seeing the game’s character creator, which is bigger and barmier than ever.

In a presentation, Volition breaks down all the crazy customisation options you have in Saints Row. While you can do a hell of a lot to make your vehicles, weapons, and HQ look unique, things get turned up to acid trip levels of madness when it comes to creating and customising your character – or should we say, your Boss.

While Saints Row games have always had fairly decent levels of customisation to make you stand out from the crowd, the chances of you bumping into a similarly-looking Boss in this game are about the same as winning the lottery, twice. As well as all the expected options, such as sliders to change your body shape and build, or conjure up eccentric hair dos and colours, Saints Row lets you get as weird as you want to with things like freaky contact lenses that’ll give you eyes like a lizard, and the ability to give yourself a wonky face. While there are the usual sliders for adjusting things like ear size, jaw structure, or eye shape, each side of the face can be edited separately.

Add to this dozens of different makeup, facepaint, and scar options, and you’re pretty much guaranteed to create a Boss that is unique to anyone else’s.

On top of this, there are some truly bonkers skin tone options. These range from what kind of sun tan pattern you want all the way to applying trippy, dynamic skin effects that resemble things like kaleidoscopes or galaxies.

There are also, of course, a wide array of clothing items or whole outfits, ranging from sleek and stylish to just straight up bizarre. 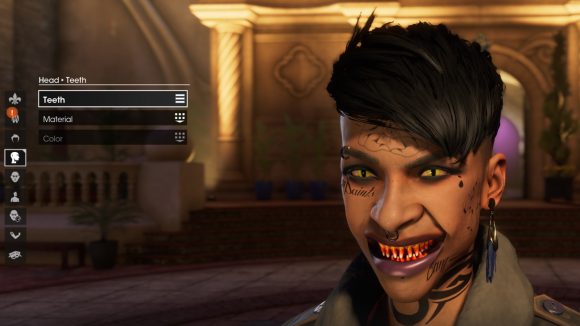 Despite all this madness, it appears from what we’ve seen so far that Volition has done this all in a pretty tasteful way. While there are still options to adjust your chest and groin size, gone are the ‘sex appeal’ sliders from past games. Sure, you can still cut about in your birthday suit if you want, but nudity is optional, and can be covered by modesty stickers – essentially little emojis that will block out anything that’ll get you banned on Twitch.

Volition also clearly has inclusivity in mind. Saints Row incorporates options for prosthetic limbs, and, as was reported late last year, customisation options are not tied to choosing a male or female character type – nothing is gender-specific.

But if all of this choice and the prospect of spending hours making the perfect character sounds like your indecisive soul’s idea of hell, fear not, as you can make a quick start to life in Saints Row by simply picking up one of eight preset character models that will be presented to you at the beginning of the game. 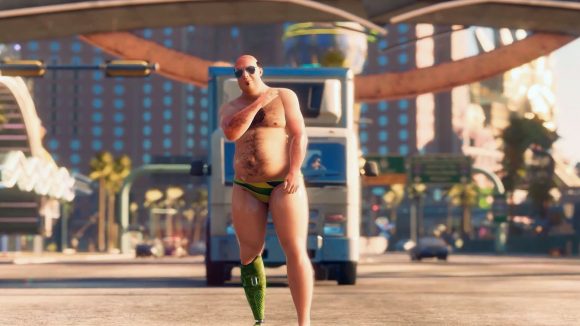 Volition has also teased in a preview presentation that you’ll be able to start creating your Boss before Saints Row fully releases in August. While exact details on exactly how you do this weren’t given, it’s likely that there will be some form of companion app or website that will let you access the extensive character creation tools before you dive into the game.

For those that love to create unique characters, or use creation tools to cosplay as other pop culture icons or celebrities, today’s reveal will likely get them pumped for the Saints Row release date.