The co-op shooter genre feels like it’s going through a bit of a resurgence lately, but, Rainbow Six Extraction, Ubisoft’s latest game isn’t a senseless horde slayer like Back 4 Blood, The Anacrusis, or Call of Duty Zombies. Instead, it takes the tactical gunplay from Rainbow Six Siege and merges it with an excellent, character-oriented layer of planning and strategy that makes Extraction stand out from its rivals.

It’s clear from the start that Extraction has been designed to be far more engaging and challenging than simply running through a map and killing everything in your path. You have to think about your approach, plan how to enter a room, and complete your objectives in the most effective way possible. Simply battling Rainbow Six Extraction’s Archaeans in open combat with a barrage of bullets is usually not a successful strategy and you’ll have to think on your feet if you want to survive. Ubisoft encourages tactical play by making clinical actions like takedowns and stealth kills through destructible surfaces award more XP than blowing an Archaean away with an unsilenced shotgun.

After spending several hours with Extraction practising various strategies, I eventually settled on a solid plan for each Incursion: clearing all enemies in a sub-zone before tackling the main objective.

This helped make sure that I met less resistance during my Incursions, but it also meant that I could tackle each of the tasks in the sub-zones. These tasks often form a strange looking to do list: kill the enemies, complete the objectives, grab any supplies, interact with points of interest, and work your way towards completing Rainbow Six Extraction’s Research Studies, which are mini-challenges.

And while the cadence of these tasks in each Incursion is similar, it hasn’t yet felt repetitive or tedious thanks to randomised structures, enemy placements, and objectives Ubisoft’s development team has put in place. As someone who frequently spends his time wandering around open-world games clearing the map of things to do, Rainbow Six Extraction actually scratches my completionist itch surprisingly well. 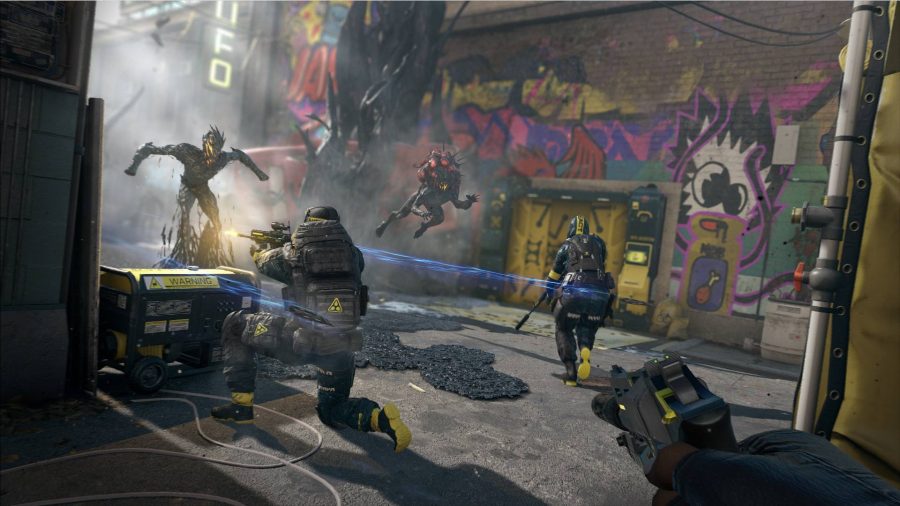 I’ve found it remarkably addictive to grind through this checklist formula solo, but the game certainly ramps up a gear when you team up in groups of three operators. When playing with other players, operators have a whole new sense of importance. While Doc is useful in his own right and Lion is perfect for scanning enemies, others shine when used in co-op thanks to the intricate tactical combinations you can create.

Team composition in Rainbow Six Extraction is incredibly important – as it is in Siege – allowing you to build squads that not only work well together, but can clear entire sub-zones of an Incursion in minutes. For example, Sledge’s hammer, Rook’s armour plates, and Vigil’s cloaking device all work excellently together, especially as Vigil’s cloaking gadget will hide nearby teammates when fully levelled up.

As a result you can armour yourself up with Rook, cloak with Vigil, and then use Sledge’s hammer to stun a high level Archean, such as a Smasher or Apex, before Vigil or Rook then approaches them from behind for a takedown attack. 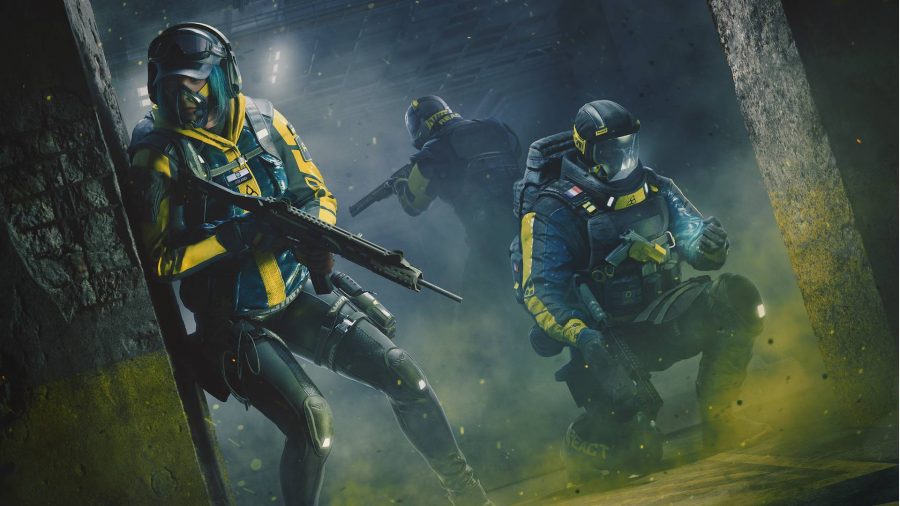 The possibilities are endless in Extraction due to the fact everyone’s kit has a specific use. This also makes building a squad in co-op a vital consideration when it comes to attempting the toughest difficulty levels in Extraction.

While this game is certainly at its greatest when playing as a squad, what’s mightily impressive is that you can still really enjoy this game on your own. Solo-grinding through all the objectives and working your way through each difficulty is actually a fun experience, and while teammates are definitely needed to tackle the super difficult endgame activities, it’s surprising how much of this tactical, co-op-focused game you can enjoy as a lone operator. 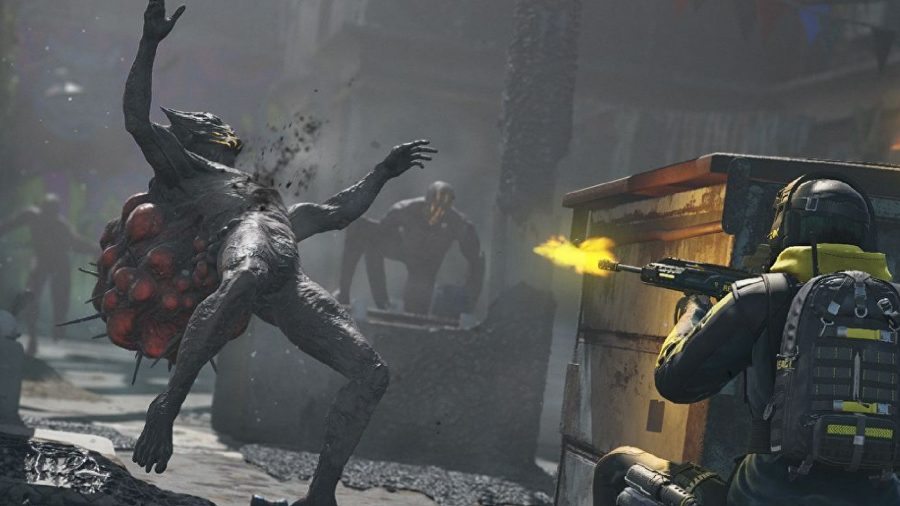 Taking a step away from gameplay, I also appreciate the amount of lore Ubisoft has baked into Extraction. This could have been filled with bland, cookie-cutter locations, but the team has managed to find a way to wrap locations like a police station, high rise apartment, and gas station in an aura of mystery, creating an atmosphere that enhances the alien feeling of the world you are traversing through.

If you want to dig deeper, there is also a great amount of log entries to sift through that detail more about the Parasite, how the Archaeans evolved, and how REACT (the name of the operators’ task force) went about exploring each of these zones, from the cold mountains or Alaska to the dilapidated and desolate casinos and bars of San Francisco. You get hints of previous Incursions that took place, experiments they are running, and the group’s failures at times all by exploring, reading, and interacting with points around the map. 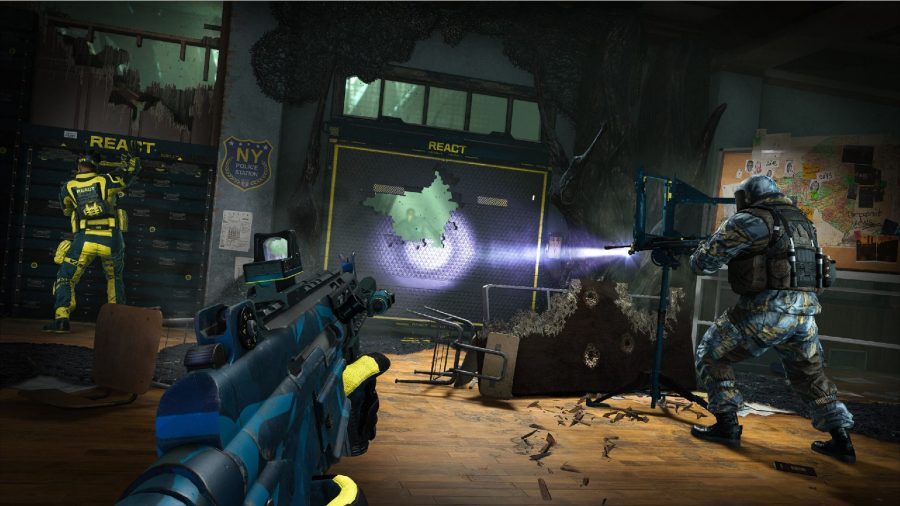 However, it’s a double-edged sword. Building out the narrative in this way results in Extraction’s biggest disappointment: it is devoid of worthwhile character moments. These great operators – who have their own and relatively expansive lore from Siege – rarely interact with one another or talk openly about the horrors they’re confronted with. All you get are your standard combat quips and callouts you’d expect to see in competitive FPS games these days.

It’s a shame that Ubisoft seems to have forgotten most of the back stories it has expertly weaved for these operators in Siege. This lack of reinvention – alongside the lack of innovation regarding gadgets – was one of the biggest complaints about the game early on and exploring these stories, their relationships with one another, and their views on the post-apocalyptic world they now find themselves in would really take the game to the next level. 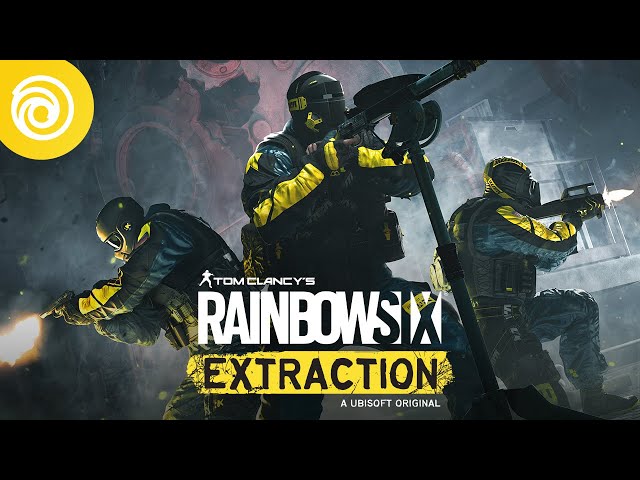 Aside from this pain point, it is rather hard to fault Rainbow Six Extraction. This is a game that will need to stand the test of time, releasing regular new content to ensure it remains fresh. But as someone who is 30 hours in and has played countless hours of both solo and co-op, Extraction is a delightfully refreshing co-op shooter that puts a real focus on tactical play.

During the 2019 reveal of Extraction, which at the time was known as Rainbow Six Quarantine, then-lead game designer Bio Jade Adam Granger said that “what Siege is to the PvP shooter genre, Extraction will be to PvE co-op”. While Siege took years to earn its reputation as a top tactical shooter, Extraction is close to the top of its class already.

Rainbow Six Extraction is a refreshing addition to the co-op shooter genre that ditches endless horde slaying for refined, tactical, and stealthy gameplay. With enough support and new content, Extraction could set a new benchmark for co-op games.