Rainbow Six Extraction might finally scratch that PvE itch fans have clamoured for since Rainbow Six Siege released back in 2015. Unfortunately, the spin-off has an identity crisis that’s best solved with less recycled gadgets and investing in more unique operators that are specifically designed to combat hordes of aliens.

Inspired by Operation Chimera’s limited-time Outbreak event, Extraction features a sea of familiar faces with nine revealed operators and a total of 18 expected at launch. Each one is already an established member of Team Rainbow, and while Ubisoft tinkers with their abilities to make them a better fit for PvE gameplay, most of the gadgets used by the Rainbow Six Extraction operators get lost in translation.

Hibana and Sledge are prime examples, with their breaching roles proving ineffective in Extraction’s wave-based gameplay. While Hibana’s X-Kairos pellets stick to just about anything and deal armour piercing damage to enemies, she’s still primed to open up walls. Similarly, Sledge’s hammer can stun most of the Rainbow Six Extraction Archaeans, but it isn’t lethal, it doesn’t do well against multiple parasites, and it simply isn’t as satisfying as a bona fide sledgehammer kill in Siege.

Ignoring the glaring point that opening walls might be more detrimental to the team by forcing you to fend off extra angles, it’s actually the support role that’s causing the most problems in Extraction.

While Lion’s return fits the game’s lore – he is, after all, the operator who orchestrated the campaign to contain the original outbreak – his EE-One-D drone makes little sense in PvE. Just like in Siege, it detects all moving enemies and briefly makes them visible through objects, but if Archaeans are moving in Extraction, chances are you’re already fighting them.

The recon drone is another legacy gadget that just doesn’t quite blend with the gameplay. Using one reduces the pacing by taking you out of the action in a co-op game that’s already distinctly slower. Plus, Ubisoft has practically made it redundant with the new scan grenades, which highlight enemies automatically within a certain radius to all players. 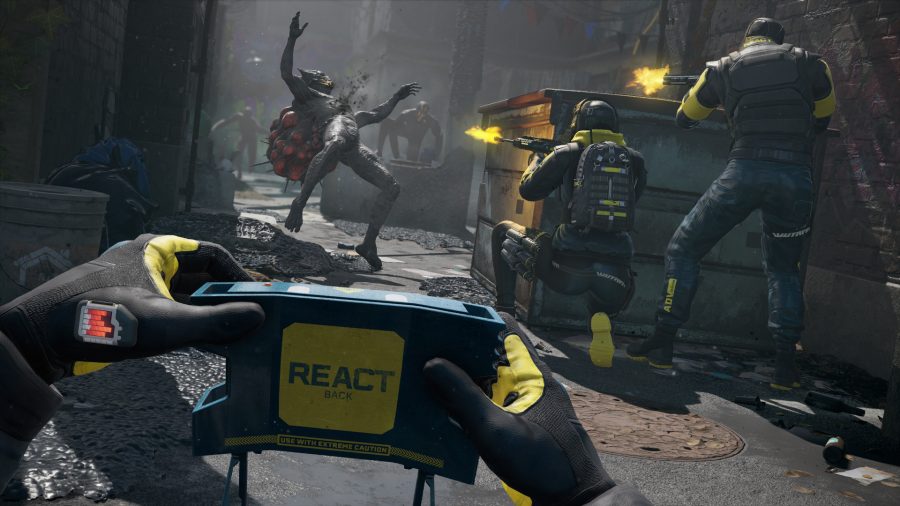 In fact, the game’s biggest triumphs come from its innovations with this React technology: Extraction’s brand new gear that offers multiple ways to deal with the different Archaean tiers.

This technology includes a flashlight that highlights Archaean bioluminescence at a distance and through walls, a Field Wall that protects your entire team from incoming projectiles, and Paralysis Grenades, which do exactly what they say on the tin. There are also Arc Mines, which are futuristic claymores that can target multiple enemies from a distance.

These gadgets have all been designed solely with Extraction in mind and, unlike reused operators, aren’t bogged down by too much of Siege’s DNA.

The game's biggest triumphs come from its innovations

There are some operators that successfully make the jump from Siege to Extraction with some minimal tweaks, such as Vigil, Alibi, and Ela. But seeing what Ubisoft can do when not anchored to Siege’s foundations leaves me wondering what operators would look like if they were made specifically for Extraction.

Much like how Ubisoft walks the fine edge of a knife trying to balance operators in Siege against one another and the destructible terrain every season, an Extraction-exclusive operator could be fine-tuned to interact directly with the horde and the surrounding environment.

This could be as simple as giving an operator unique interactions with the black goo on the ground, such as lighting it on fire for an area of effect attack and clearing a path, or something a little wackier. What if an operator possesses an ability to inject nests with a gadget that spawns a friendly Archaean to fight on Team Rainbow’s behalf? Or, better yet – and hear me out – what if you could briefly transform into one of the seven Archaean types? 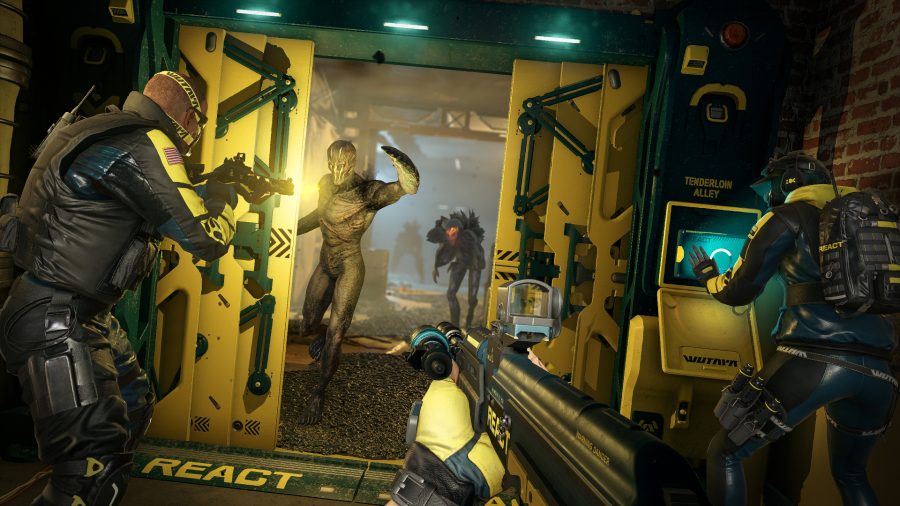 Ubisoft also has more room to play with weapons in Extraction, but instead it’s stuck largely to the primary weapons Siege operators are known for. Some of my favourite weapons in Killing Floor and its sequel are melee-based, and while they don’t have a place in Siege, they do in Extraction. This doesn’t even need to be baked into an operator’s ability, given that Ubisoft has implemented weapon progression to let you play about with loadouts as you level up.

For now though, we’re stuck with Team Rainbow in Extraction. Only time will tell if Gridlock, Capitao, Nomad, Rook, IQ, Fuze, Tachanka, and Smoke are better fits than the operators I’ve played so far, and it’ll be interesting to see the changes agents like Jager will go through to make the switch.

There’s still a lot we don’t know about the game, such as the alternate abilities you can unlock and if they’ll change how the game plays. But with operator gadgets that hinder your team rather than help, there’s no doubt in my mind that Extraction would be a better game if Ubisoft stopped shoehorning Siege operators in and developed unique characters that could actually interact with this strange new world.

Damien usually has electric coursing through his veins as PCGamesN’s hardware writer, but when he’s not playing with new gadgets, he lives and breathes Rainbow Six Siege.