Fans have finally got the fully open world Pokémon game they’ve been craving, thanks to Pokémon Legends Arceus. Announced alongside remakes for Pokémon Diamond and Pokémon Pearl, Arceus Legends is set in the Hisui region, which is the ancient land that would later become the Sinnoh region of the Generation 4 games.

Despite this, many of the Pokémon we’ve come to love in both Sinnoh and further afield will still feature in Arceus Legends – including the Alpha Pokémon itself. In trailers, we have seen plenty of Pokémon roaming around the vast landscapes of Hisui, so we’ve decided to bring them all together into one handy place. From franchise favourites like Pikachu and Snorlax, to new Pokémon like Wyrdeer, Basculegion, and the noble Kleavor, Hisui is brimming with ‘mons for you to catch.

As more information and footage is released between now and its early 2022 release date, we’ll update this guide. But for now, here’s every Pokémon in Pokémon Arceus Legends we know of so far.

The starter Pokémon for Pokémon Arceus Legends will be Rowlet, Cyndaquil, and Oshawott. This marks the first time a main series game has featured starter Pokémon from different regions, and the usual Sinnoh starters of Turtwig, Piplup, and Chimchar will not be available at the very start of this game. 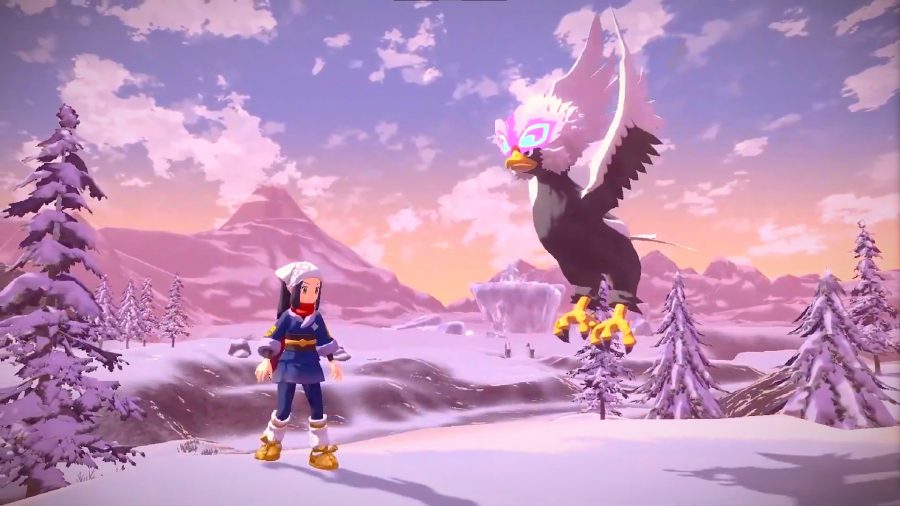 These Pokémon are confirmed to be in Pokémon Arceus Legends. They have all been spotted in official gameplay trailers and will be in the Hisui Pokédex.

Remember, these are the Pokémon that have been seen in actual gameplay. It is almost certain the rest of their evolutionary lines will be in the game, but until we see them, we can’t be 100% sure.

While these Pokémon didn’t appear in gameplay footage, they did appear in Pokémon Legends Arceus artwork or were depicted in different ways in the gameplay. For example, Galarian Weezing can be seen in statue form on the Galaxy Expedition Team building.

That’s all the Pokémon we know will be in the game ahead of the Pokémon Legends Arceus release date. As more trailers and gameplay emerges, we’ll be sure to update this list.