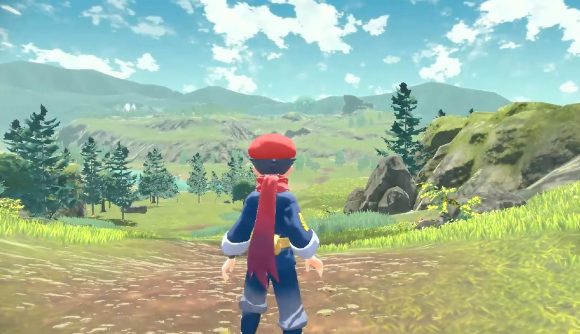 Two new Pokémon games have been announced as part of the Pokémon 25th Anniversary celebrations, and one is a fully open-world experience that fans have been craving for years.

Pokémon Legends Arceus is an all new game that takes place in the Sinnoh region, but hundreds of years before the events of the Diamond and Pearl games (the remakes of which, Brilliant Diamond and Shining Pearl, were also announced). Your character lives in one of the first settlements in Sinnoh, which was created by trainers from all over the world. The Generation 4 starters of Turtwig, Chimchar, and Piplup will take a backseat here though, as the three starters for Legends Arceus will come from different generations: Rowlet, Cyndaquil, and Oshawott.

With the settlement as your base, you will venture out into a region that appears to be a fully open world. This expands on the open environment showcased in Sword and Shield, the Wild Area. Pokémon will roam free throughout the region, and catching them is also done in the overworld, rather than in battle.

You will be able to sneak up on these roaming Pokémon and throw Pokéballs – there appears to be no need to battle them in order to make them weaker. 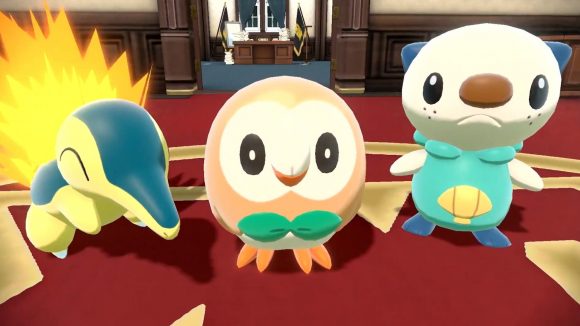 There is still battling though, and they do appear to remain turn-based, as is the norm in main series Pokémon titles. Some battles even look to take place in the actual overworld.

The game holds many resemblances to the universally revered Legend of Zelda: Breath of the Wild, which set the benchmark for open world games on the Switch. Even the music in the Pokémon Legends Arceus trailer has an air of Breath of the Wild to it.

The Pokémon Company has remained tight-lipped on the storyline of this game, and what role its mascot, Arceus, will play. Expect there to be a lot of digging into the origins of the Sinnoh region and the wider Pokémon universe though.