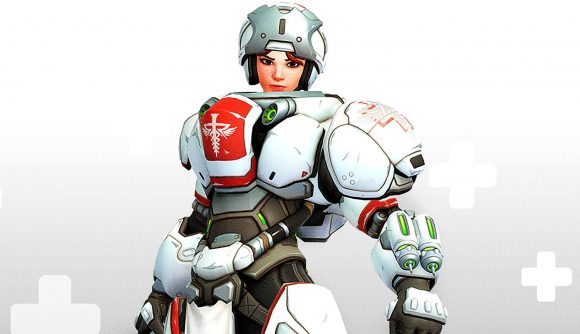 Ahead of the next Overwatch 2 beta start time, Blizzard has announced that Overwatch players will be able to get their hands on the new Medic Brigitte skin by participating in Twitch’s Support A Streamer promotion. While the requirements for this promotion are simple enough, eagle-eyed fans have spotted something in the small print that’s leaving a sour taste in their mouths: “reward redemption codes available only for the PC versions of Overwatch”.

Yep, that’s right. The new Medic Brigitte skin is only going to be available to redeem if you’re playing Overwatch on PC. We might have confirmation that Overwatch 2 crossplay will allow players to share cosmetics between PC and console, but if you’re not playing on PC right now, you simply cannot get your hands on this cosmetic.

With Overwatch 2’s next beta testing period bringing console players into the mix, this feels like a major misstep for the developer. Not to mention, it’s going to annoy a lot of players who want to get the skin for themselves.

If you are one of those players who want to get your hands on the Medic Brigitte skin, you’re going to have to pay for it. Players will need to gift at least three Twitch subscriptions of any tier to one of the Support A Streamer participating streamers – which you can find listed on this Blizzard news page. The subscriptions can be any tier, but you can’t do it anonymously – those don’t count, apparently.

It’s clear that Overwatch saw a dip in popularity over the last twelve months, if not longer, but news of the approaching Overwatch 2 release date has clearly seen a resurgence in support for this iconic hero shooter. However, after such a long time without any real content updates for Overwatch, it doesn’t seem right to introduce what is essentially a pay-to-win promotion in an effort to rebuild the game’s streamer base. To further that, it makes even less sense to completely obscure console players from the equation.

Still, it’s safe to say that excitement is growing for Overwatch 2 and the refreshment of Overwatch’s multiplayer systems. If you want to know more, check out all the Overwatch 2 new looks and redesigns here and more on the Overwatch 2 Season 1 roadmap here – it’s good to know what’s on the way.