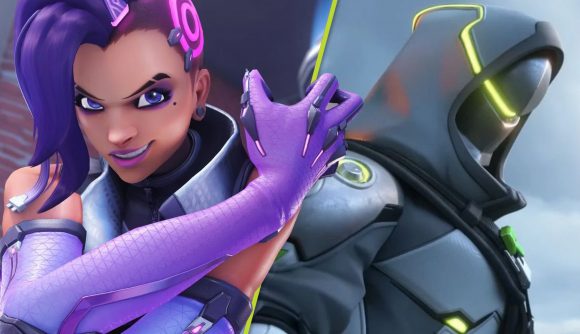 With the Overwatch 2 beta set to drop next week, a community manager at Blizzard has taken to the Overwatch community forums to warn eager fans that several hero redesigns will not be ready in time. The clarification was given in the wake of changes to characters Orisa and Doomfist, neither of whom will debut with their new designs this month.

The forum post, which was first reported by Dexerto, is clear to emphasise that only a few heroes will be missing their new designs, as Blizzard are “not quite ready” to show the changes off. Recently, eagle-eyed fans have been quick to spot redesigns for heroes Ashe and Wrecking Ball hiding in plain sight in the latest Sojourn gameplay trailer, but it remains unknown if they too will sport their new looks in the beta.

This update comes amidst several news stories for the much-hyped hero shooter sequel, including the introduction of new character Soujourn – who has proven to be a “balancing nightmare” for Overwatch 2 devs – and a battle pass leak that suggests the game might be going free to play.

This latest influx of stories suggests that the devs have been focussing their efforts on finishing core features and hero kit reworks, rather than updating in-game content like skins. The news, however, comes as something of a sore spot for fans of the series, who have been waiting nearly three years since the official reveal of Overwatch 2 at BlizzCon 2019 for a chance to get hands-on time with the game.

After a disappointing Lunar New Year event this year, which saw the addition of only two new legendary skins (as opposed to the usual five or six), as well a mixed reception to the Anniversary Remix event’s recolouring of old Legendary skins, the drought of new skins for the current version of the game raises questions regarding how much content will be readily available when Overwatch 2 launches potentially later this year.

It is currently day 900 since Overwatch 2 was announced pic.twitter.com/PhUFwD4gTg

It’s not just fans unhappy with the lack of new content, as even Blizzard’s own staff have decried the Overwatch 2 delay and its effects on the content they enjoy making for it. In an interview with USA Today, lead hero designer Geoff Goodman says: “As much as the players love to have that content…It’s hard for us to have these ideas that we want to get out there, big changes, and we’ve sort’ve locked ourselves away a little bit. We’re really hyped to get back to it, get back to giving players awesome new stuff much more frequently.”

The steady stream of new Overwatch 2 information recently, compounded by the Overwatch League getting access to the new game early in time for the new season launching in May, has started to drum up excitement for the sequel and its beta. However, with missing features like updated character looks, and the PvE mode missing the beta, it’s fair to say that Overwatch 2 still has a lot more to show before fans can feel confident in the series’ direction.