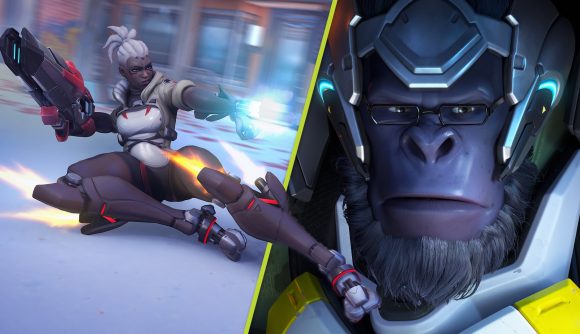 Overwatch has been out for almost six years, but the Overwatch 2 beta is finally right around the corner. That’s not enough for some players, though, as one has now data mined a leaked version of the game ahead of its release – and they’ve found some very interesting information.

‘Helba,’ the founder of Blizztrack, a website dedicated to collating all the latest game version information for all Blizzard games, has taken to Twitter to announce their findings after datamining the leaked Overwatch 2 files.

“Look, OW2 has a Battle Pass system,” they say in their tweet, attaching an image of a line of code apparently from the game. The code mentions a “battle pass,” which will presumably have to be paid for if Blizzard follows the suit of other live-service games like Call of Duty Warzone. We haven’t had confirmation that Overwatch 2 will be a traditionally paid-for game like the original, so this could indicate a free-to-play aspect to the zany team-shooter sequel.

“The member x9 in my Discord discovered some strings in the binary that look to be linked to PvE in Overwatch 2,” Helba continues in another tweet. The mined code reveals sections tracking which heroes have been unlocked, hero progression, new unlockable “talents,” and more, alluding to the notion that the Overwatch sequel will have more RPG elements than the original, and that collectibles called “shards” might go towards your progress no matter if they’re earned in PvP or PvE.

Finally, Helba has also managed to get to the title screen of the leaked version of Overwatch 2, saying “awww me sad” as a response to trying to log in to the game. The UI looks rather bland at the moment, but that may change.

These are very interesting finds indeed, and hopefully we’ll get to grips with the new systems when the Overwatch 2 beta release date rolls around in a few days. But the real question now is whether Overwatch 2 will be free to play – will we have to fork out the dosh up front to smash people with Reinhardt’s hammer? Or, will Blizzard just want us to buy the battle pass that has shiny new outfits for him in it?