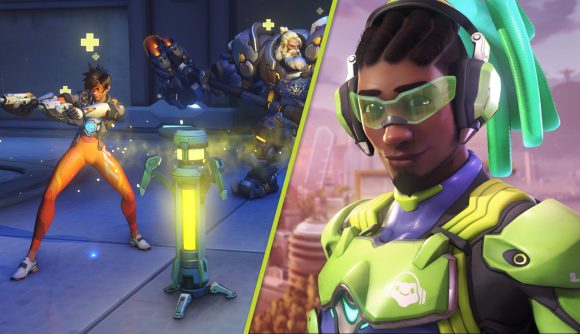 There’s still been no official announcement about when Overwatch 2 will finally emerge from the dark recesses of Blizzard’s underground vault, though we know it will bring significant alterations to gameplay when it does. But a tweet from a professional Overwatch League coach might just hold the key to the changes coming when the second game eventually sees the light of day.

Jordan ‘Gunba’ Graham, the head coach for OWL team Florida Mayhem, has tweeted out a Google Docs link and says: “If anyone is interested in the workshop that OWL teams are using to prepare for OW2, here is a link including the code and patch notes.” Essentially, these changes are what the OWL teams will be using in lieu of having a working build of Overwatch 2.

The most sweeping changes are that 2CP has been disabled – something players have long complained about, as it’s near impossible to dislodge the defending team on the last capture point unless you’re playing at a high skill level – and respawn time has been reduced by 20%, making the game play much faster. There also seems to be provision in place for hero bans, which could shake up players who only ever play one hero.

There are also adjustments to classes in general. All tank heroes now receive reduced knockback and give the enemy 25% less ult charge when attacked, meaning that tanks can actually act like the hulking behemoths they were always meant to be. The support class has passive healing that regenerates at a rate of 10 HP per second when out of combat for three seconds, letting them stay in the fight for longer and negating the need to spend team healing each other. Lastly, DPS characters will see an overall buff of 8% to movement speed to enhance their glass-cannon nature.

If anyone is interested in the workshop that OWL teams are using to prepare for OW2, here is a link including the code and patch notes: https://t.co/sGy9AD5gOu

Specific heroes themselves see thorough changes on issues that have been long vocalised by the community. Ana has had a nerf, with her grenade damage reduced and sleep dart cooldown increased. Reinhardt has been reworked so that he can now use two Firestrikes, and his charge can be better controlled or cancelled altogether. And D.Va has had a buff to her Matrix, reduced shot spread, and reduced movement penalty while firing. These are only some of the prominent changes outlined in the document.

There are also several other “speculative” changes that are currently implemented in this workshop mode. These are changes that are presumed to be going ahead for Overwatch 2, based on comments by developers and Reddit AMAs, but haven’t been confirmed.

If these modifications that the OWL players are using do end up being the changes coming to Overwatch 2, then we could be in for a wildly different game. It will double down on class roles, better defining them. It will be snappier to play. And maybe it will finally bring the death of 2CP.

The Overwatch 2 beta might be right around the corner, so we could be playing the new Overwatch sooner than we think.