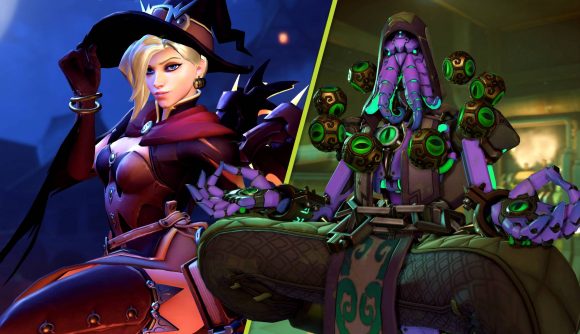 Blizzard is making some changes to how Overwatch seasonal events work and, in the build up to the hero shooter’s highly anticipated sequel, is doing away with standard events like Summer Games and Archives in place of Overwatch Anniversary Remix events. Ahead of the Overwatch 2 beta release date, fans can look forward to new legendary skins and the return of brawls – such as Lucio Ball and Mei’s Snowball Challenge – through this new remixed event.

The first of three Overwatch Anniversary Remix events is scheduled to start on April 5, lasting three weeks. Overwatch community manager Andy Belford has taken to the Overwatch forum to explain what players can look forward to next week – and in the future.

“For each Anniversary remix,” Belford says, “three popular mini-event skins will make a limited time return and can be obtained by completing their specific challenges… Just like standard Anniversary events, we’ll be enabling brawls on a rotating schedule over the next three weeks.”

Players disappointed with Blizzard bringing back old skins in place of new ones will be pleased to know that the Overwatch Anniversary Remix event will also see a set of “remixed” legendary skins released alongside them.

Belford explains that “these [remixed legendary skins] offer a spin on [Overwatch’s] ‘greatest hits’ with new looks for some of the most popular skins ever released”. The upcoming Overwatch Anniversary Remix 1 event will see six of these skins released – including a lighter variation of Witch Mercy and Ana’s Bastet skin.

What does this all mean for Overwatch’s future? Well, it means that “events like Archives, standard Anniversary, and Summer Games will not make a return this year”, according to Belford. Instead, a series of Anniversary Remix events will take place – and introduce more recoloured legendary skins and returning brawls.

This change to Overwatch’s seasonal events – which have been largely the same for several years now, already – is being made to help the Overwatch team “allocate more time and attention to the upcoming PvP beta, while simultaneously providing the community with the chance to earn unique variants of your favourite legendary skins”, Belford explains.

If you’re looking for something to do while you wait for the Overwatch Anniversary Remix 1 event, why not check out this OWL-themed Wordle spin-off and the list of anticipated changes for Overwatch 2 here.