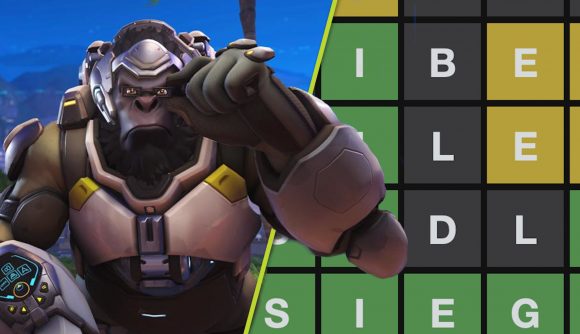 The word-guessing game Wordle has become something of a phenomenon recently, with various clones and spin-offs of the daily puzzle. Now, there’s even a version that fans of Overwatch esports can get excited about which should tie you over nicely while you wait for the start of the 2022 Overwatch League. Yep, someone has created an Overwatch League Wordle called OWLEL, which tasks you with guessing the correct OWL player instead of a five-letter word.

Brought to our attention by a Reddit post in the Competitive Overwatch subreddit, an individual known as ‘Zusor’ created the OWL-themed Wordle spinoff that you can play on their website. Seeing as OWL players names are of different lengths, OWLEL uses a clever mechanic to guess player names.

To play, you first have to guess the name of an Overwatch League player. However, instead of telling you what letters you got right or wrong and whether their order is correct, OWLEL tells you whether the player you guessed is in the same role, conference, team, and from the same country as the correct answer.

The game is also being updated with accessibility features after one Reddit user reported not being able to enjoy OWLEL due to their red/green colourblindness. But the game’s creator was quick to respond to the Redditor. “I just pushed an update which adds a colorblind mode to the settings,” Zusor says. “I’m colorblind myself so I had picked colours which I felt were already accessible to colorblind people but I guess those colours still don’t work for everyone. Let me know if the new colour scheme is better or if I should change the colours more.”

OWLEL resets every day and gives you eight tries to guess the correct answer. It’s a good way to spend some time brushing up on your Overwatch knowledge as you wait for an Overwatch 2 release date, or the Overwatch 2 beta, which appears to be coming soon.