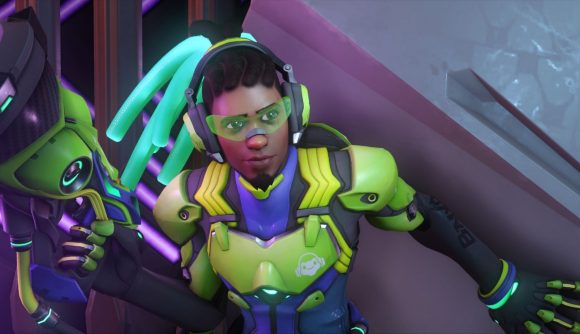 Even though a full release of Overwatch 2 isn’t set to come until 2023, new evidence suggests players might be getting their hands on a playable build much sooner than that. Activision Blizzard has been quiet on the sequel to its original hero shooter game originally released in 2016. Now, after a significant patch, it seems that the Overwatch 2 beta might finally be near.

As spotted by ‘OverwatchNaeri’, yesterday the dev version of Overwatch was suddenly updated from version 1.68 to version 2.0, and this large skip in numbers has led Overwatch fans to ponder whether this relates to the Overwatch 2 beta being released soon.

“It obviously makes very little sense for them to jump straight from 1.68 to 2.0, if not for them testing for Overwatch 2,” Reddit user ‘SonOfGarry’ points out. Salient Overwatch YouTuber ‘mL7’ was also apparently given the option to choose “Overwatch 2 (2023)” when selecting a category in which to upload their YouTube video.

Last year, Blizzard stated its intent to debut an early version of Overwatch 2 at 2022’s Overwatch League, which is set to launch in April, so it only adds fuel to the fire of rumours that this 2.0 dev build does indeed relate to the release of some kind of beta or early build of Overwatch 2.

However, sources recently told Dexerto that Overwatch League teams hadn’t had access to any kind of Overwatch 2 build yet, despite the fact that the title is supposed to be played by them at the OWL in mere months time. Could there be substance, then, behind these recent events and rumours that a build of Overwatch 2 is being rushed out for at least professionals to play, if not a full on public beta?

Overwatch 2 has been in the works for years now, and in light of recent events, it might not be too much longer until we have a concrete Overwatch 2 release date, or at least some more information on what it will look like and how it will play.