Naraka Bladepoint is the 60-player PvP gamer that merges the worlds of battle royale with martial arts inspired melee together with a vast range of distinctive weaponry in one highly-addictive hybrid title.

Each playable character has their own strengths and weaknesses and with 12 unique heroes to choose from, picking the right one to take to battle is obviously very important. Whether you’re a healer, a fighter, or fancy yourself an elemental guardian, there’s a wide variety of choices to suit your playstyle in Naraka Bladepoint, but which is best?

In June, the game made its way onto Xbox Series X|S and Xbox Game Pass for the first time having been previously exclusive to PC. Check out our feature on how Naraka Bladepoint holds up on console for more details on the game’s performance on Xbox. For now, let’s jump into our Naraka Bladepoint tier list for everything you need to know about each of the game’s 12 characters.

A big part of Naraka Bladepoint is movement and Matari is top tier when it comes to traversing the map. Her Silent Flutter skill means she can teleport a certain distance in a set direction, escaping tricky situations with ease and finding precious time to regain lost HP.

Throw in her Unseen Wings ultimate and she appears as only a faint outline when in motion making her near invisible to spot. For any opponents that don’t know Matari is nearby, this ultimate can allow her to complete devastating attacks without them even knowing she’s coming.

Our second pick for Tier 1 is a master of damage with a powerful kit to boot. Yoto Hime’s skill and ultimate are focused on attacking with her blades. Her Spirit Slash skill releases the blade into battle, hangs in the air for a few seconds, allowing Yoto Hime to teleport to the blade and attack again. If her attack is successful, Spirit Slash automatically resets cooldown meaning it can be used again and again.

When it comes to her ultimate, it’s even better. Ominous Blade is bigger and better, launching a gigantic sword at opponents, teleporting, and dealing out her own series of slashes causing massive amounts of damage. Success here also restores Yoto Hime’s health and armour. 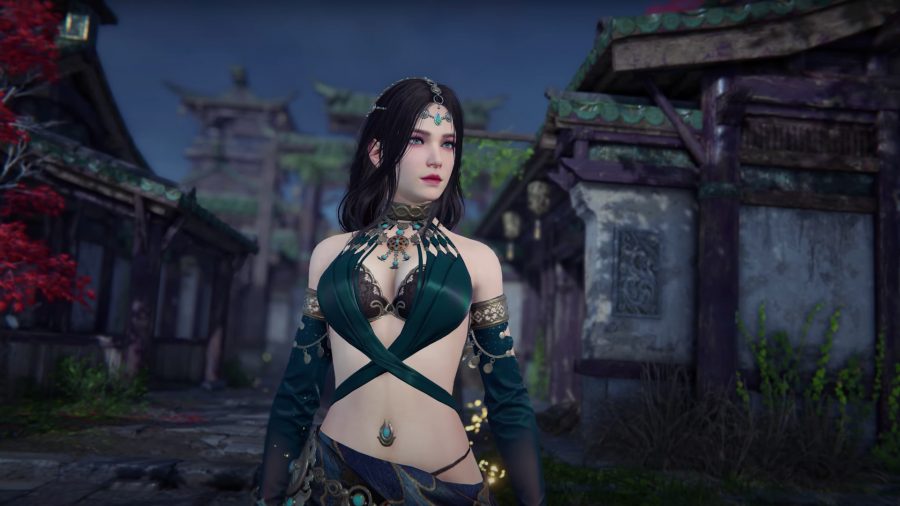 Whilst Takeda Nobutada is still a very strong character pick in Naraka Bladepoint, this is a choice for a player with a little more experience in timed attacks. Depending on your playstyle, Takeda is geared more towards taking care and having patience when you release your attacks rather than going all out.

His skill, Mythic Grab, is a great defensive move that can counter focus attacks, but that’s only useful if the opponent is using them and if Takeda is not under attack when he tries to counter. His Demonic Aid ultimate summons Furen, a sealed demon, to attack enemies and allows Takeda to teleport to him.

Tarka Ji suits a player looking for an offensive tank; blocking melee attacks, incoming projectiles, and launching fireballs to knock back enemies. His Blackout ultimate is varied allowing him to recover energy faster, increase agility by setting him on fire and burning opponents that get in his way, consuming rage, and blocking projectiles whilst sprinting.

He’s great in defence, but if you’re looking to play the offensive, he’s not built as well as the options higher up on our tier list.

Tianhai is powerful and works great in support, but where this character really shines is with his ultimate, Titan’s Call. Arguably one of the coolest ultimate abilities in the game, Titan’s Call transforms Tianhai into a massive six-armed Vajra that can grab and smash opponents dealing out tonnes of damage. Plus, he can grab teammates and restore HP for them too.

It only lasts for a short period of time and makes for an easy target for the opposing team, but that’s still enough to create a distraction for allies to carry out their attacks. Tianhai also has Divine Bell which can deflect enemy attacks and can also be used whilst under attack or as a counter.

Last but not least in our Tier 2 picks, Yueshan. If you’re looking for versatility in both defence and offence then Yueshan is a great choice. His Line Breaker skill makes him dash into enemies, knocking them back and dealing damage.
Plus, his Troop Decimation ultimate turns him into a spear-wielding Almighty General for 25 seconds that can break through blue charged attacks and deal out some great damage. A great fighter in battle.

Justina is one of the newest additions to the Naraka Bladepoint roster and alone with just her attacks she is a less prominent pick, placing her in Tier 3 of our character tier list. Using her Arctic Wraith ultimate increases her attack and freezes enemies and her skill is pretty handy too, in the right situations. She can freeze herself and wait out attacks as well as freezing fellow teammates alongside her.

It’s helpful for restoring some armour and buying sometime, but ultimately if an opponent decides to charge an attack and unfreeze her or her teammates then the move is over.

Kurumi is the only medic hero in Naraka Bladepoint making her an alternate pick for a player looking to play a more supportive role. Whilst her healer skills are impressive, she ranks lower on our list as a character that is harder to play with unless you spend some time honing your skills as well as hers.

Throw in the fact that her skill doesn’t work unless you’re playing duos or trios, players become more limited with their use of Kurumi. As mentioned, her skill and ultimate are focused on healing, placing healing circles that benefit both herself and allies.

Temulch is a tank that can slow down enemies, summon wards with his skill Zephyr Wisp that block ranged attacks, and leap up into the air releasing wind projectiles with his ultimate, Zephyr Prison. He’s good at causing a storm but his actual damage output is nothing to write home about and something Temulch relies on his fellow teammates to execute. Unfortunately, given his size and stature, his agility is also sub-par to other picks on our list.

Viper Ning’s skill and ultimate are focused on interrupting opponent’s focused attacks as well as literally stopping them in their tracks for a few seconds. In order to use these attacks successfully though, she must rely on her team to protect her making her a weaker ally to have.

Her Yushan Enigma skill can throw back enemies and interrupt their attacks and her Twilight Crimson ultimate summons Moonbane’s Eye, disabling her character for five seconds, making her vulnerable to attacks, but if used successfully stunning marked enemies for five seconds too. 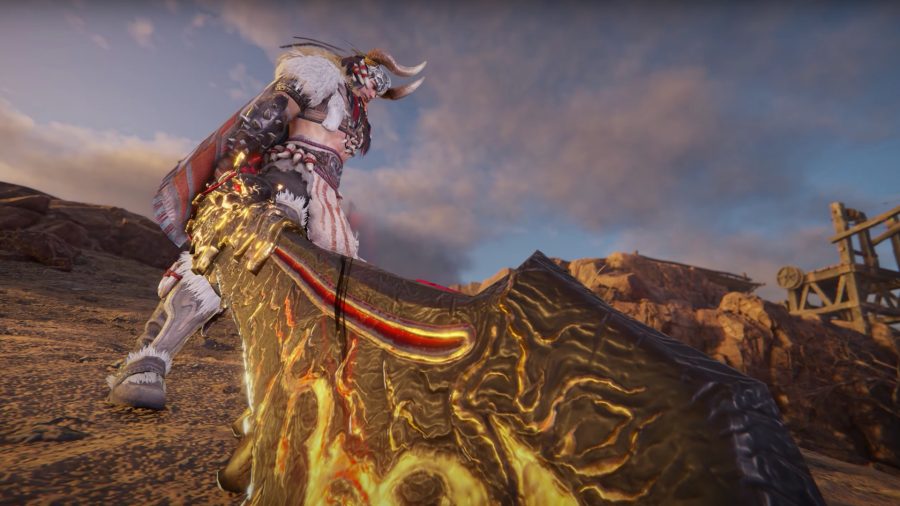 Valda Cui works best in a team due to her lack of DPS and with skills geared towards buffing enemies’ attacks and immobilising them. Used best in conjunction with another character, Valda Cui takes longer to master but once done can be great for crowd control, if that suits your playstyle.

Queen of the ocean, Valda’s skill and ultimate are water-based using Tide Trap to send out a huge water bubble that encapsulates any opponent that hits into it and her Nether Nightmare ultimate sends out a massive tidal wave, which she can then follow-up by launching into the air to throw a water spear at an enemy taken down by the wave.

Finally, similarly to Valda in that he struggles in solo play, is the support character, Wuchen. Base skill, Spirit Blades, summons five spectral blades that can be fired at enemies or alternatively used to create a shield around fellow allies. While his Tai Chi Rift ultimate can teleport the team 120 metres away and grants a damage buff or reduction depending on teammates’ health.

Unfortunately, Wuchen’s biggest downfall is that his ultimate cannot be used whilst in combat making it complicated to use as it requires a break in battle or to be used before a fight has even commenced.