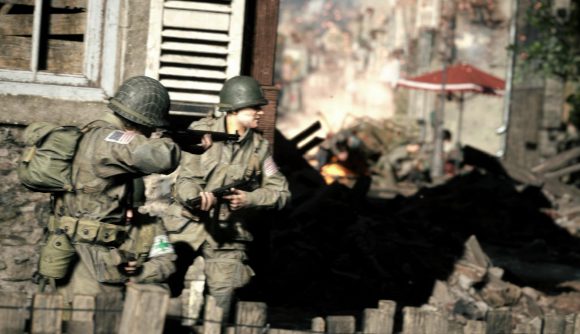 Since its launch into the PS Plus October 2021 line-up last week, praise has been given to Hell Let Loose for its PS5 DualSense haptic feedback. However, it turns out that the game’s main developer, Black Matter, didn’t even work on it, leaving the team surprised when its development partner, Flix, showed them what it had been working on.

In fact, the first time that Black Matter’s CEO, Max Rea, experienced the new-gen feature was during the recent testing phase. “I experienced it [haptic feedback] only recently in the closed testing and it’s absolutely phenomenal,” Rea tells The Loadout. Apparently, he had told the team at Flix, which has worked on a number of other third-party titles, like Sea of Thieves and Zombie Army 4, that it could be “as creative” as it wanted with the DualSense controller and that he was “blown away” by the result.

While the team is currently fine-tuning some of the haptic feedback, the utilisation of it is incredible. Currently, players can feel the explosions around them and feel the bolt of their weapon slide through their hands, which was Flix’s intention when crafting the haptic feedback functionality.

”It’s staggering just how successful they’ve been with creating something that really stands out,” Rea says, adding that the feature is “almost on another level” in comparison to other PS5 games.

If you’d like to experience the haptic feedback yourself, Hell Let Loose is free on PS5 right now with PS Plus.

Black Matter says that being on the service give players a low barrier of entry to the tactical shooter, but concedes that the lack of a tutorial is an enduring frustration for both the developer and new players alike.