One of Far Cry 6‘s more mysterious collectibles is the Triada Relics, which are three unique and mysterious items that can be found throughout Yara. You’ll need these relics to get the Triador Stealth Supremo, La Varita Resolver Weapon, and Oluso Amigo, as well as complete the Triada Blessings Operation.

As these relics unlock a powerful weapon and Supremo backpack, you are going to want to hunt them down so that you can be even more powerful as you attempt to liberate Yara from Castillo’s grip. This gear is some of the most powerful in the game, so the earlier you have it the stronger you will be.

Read on for our guide on all the Far Cry 6 Triada Relic locations and where to find them within Treasure Hunts across Yara so you can deck yourself out with a new Amigo companion, Resolver Weapon, and Supremo.

The three Far Cry 6 Triada Relics, Oku’s, Ida’s, and Mimo Abosi can be found across three parts of Yara and are tied to treasure hunts.

Here’s a more detailed explanation on how to find them in these three areas. 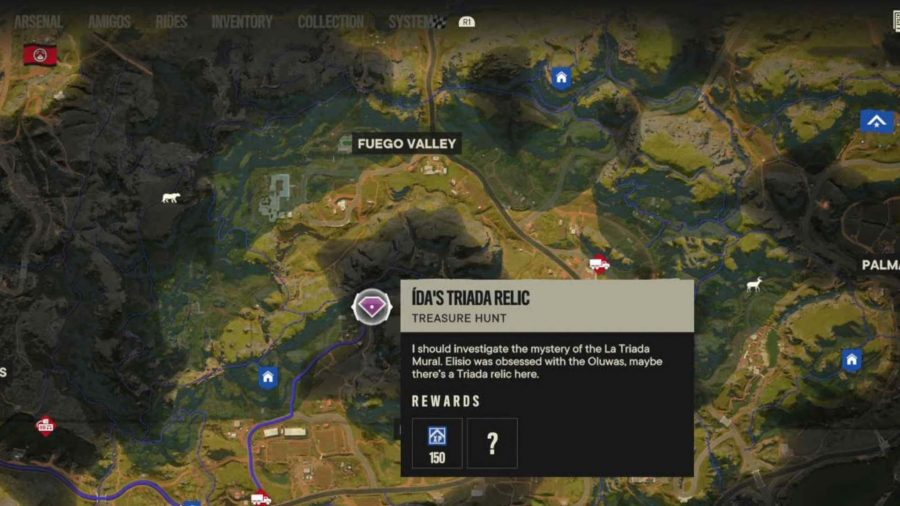 Ida’s Triada Relic can be found in Madrugada, in the province of LozanÍa, south of Fuego Valley. To nab the relic, complete the treasure hunt here and follow the path to find it at the end. 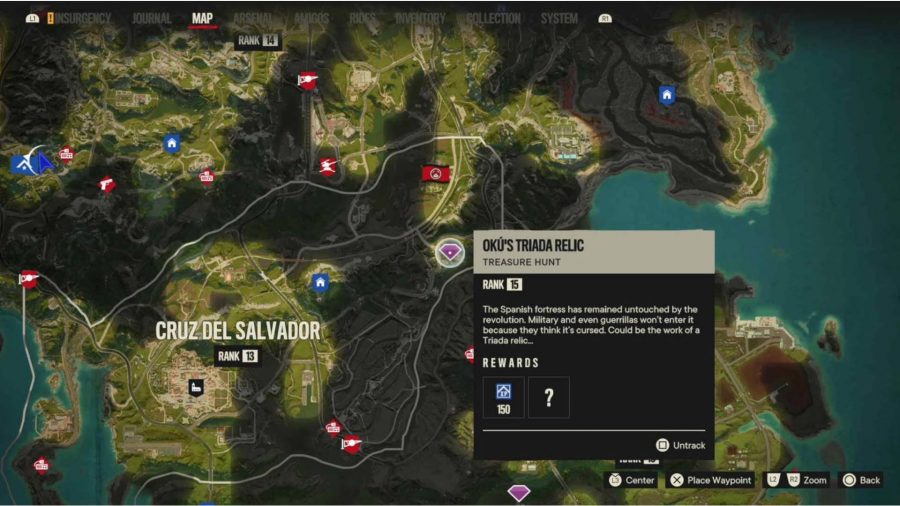 Oku’s Triada Relic can be found in the Valley de Oro region in the province of Cruz Del Slavador. It is in the far east of the province. You’ll need to complete the treasure hunt here by going through the haunted house and entering the well outside. In this well, you will find the Relic. 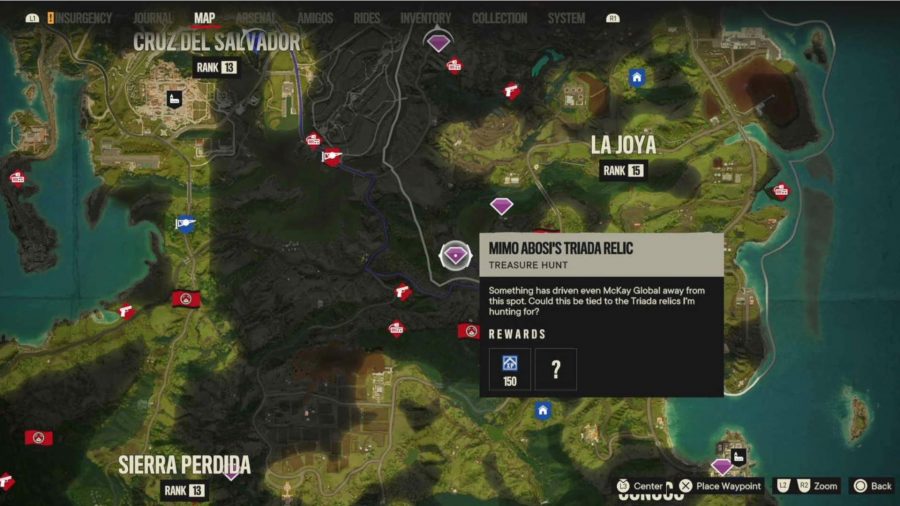 Mimi Abosi’s Triada Relic can be found in El Este, in the far west of the La Joya province. Complete the treasure hunt here by destroying the generator outside to get the final relic at the end.

Now that you have all three relics take them to Oluwa Cave, which can be found on the starting island in the game, Isla Santuario. Track the Triada Blessings operation to follow the exact path. Once you have completed the mission, you will be granted your new gear and Amigo to add to your arsenal.

That covers the location of the Far Cry 6 Triada Relic locations. For more help with hidden secrets in Far Cry 6, be sure to check out our Far Cry 6 walkthrough.