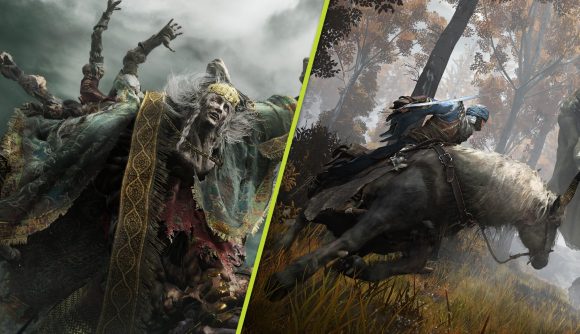 Elden Ring’s been getting fantastic critical praise – so much so, it’s one of the best-reviewed console games of all time. But just because Elden Ring is a good game, a fantastical game even, doesn’t mean it’s an easy game.

In fact, it is deliberately not an easy game to play – that’s the FromSoftware formula after all. There is little to guide you after you’re thrown into the world of The Lands Between, and it’s inevitable that players end up wandering just that little bit too close to nasty creatures that will take hours to defeat – even with the best Elden Ring weapons in hand.

And it’s for this reason that FromSoftware’s games always provide plenty of entertainment for those observing their favourite personalities trying to beat the series’ bosses – and it’s no different for Elden Ring. Following Elden Ring’s opening weekend, there is a vast and hilarious collection of Twitch clips of notable streamers absolutely losing their minds over some of the first Elden Ring bosses you encounter.

For example, take a look at Maximilian ‘Maximilian Dood’ Christensen. For a fighting games streamer, you’d expect Maximillian Dood to not be afraid of a scrap. However, even his “tactical runaway” strategy backfired when taking on the Tree Sentinel. If this clip doesn’t show you why you’re never truly safe in Elden Ring, we don’t know what will.

It’s clear that the difficulty of Elden Ring’s bosses are leading to severe communication breakdown. Here’s ‘Asmongold’ doing his best impression of Animal from The Muppets while trying to take down the two Demi-Human Chief bosses. Let us know if you work out what he said.

Jeremy ‘Jerma’ Elbertson, meanwhile, is clearly brimming with confidence that Elden Ring will be a walk in the park. However, he instantly regrets trying to finish off Margit, the Fell Omen with an eyes-closed trickshot. As you’d expect, that didn’t work out too well for him.

But what happens when a streamer finally gets the better of a boss? Pure elation, that’s what. Especially when you’ve been battling the same boss for an eternity.

Brandon ‘Atrioc’ Ewing went hysterical after finally defeating the Tree Sentinel, which he had been duelling against for the vast majority of his nine hour stream.

That’s just a small selection of the dozens of clips out there of streamers losing their minds at Elden Ring’s bosses. If only they’d read our Elden Ring walkthrough… Even though FromSoftware has in many ways catered to new players with Elden Ring, it’s nice to know its notoriously tough bosses are still just that.