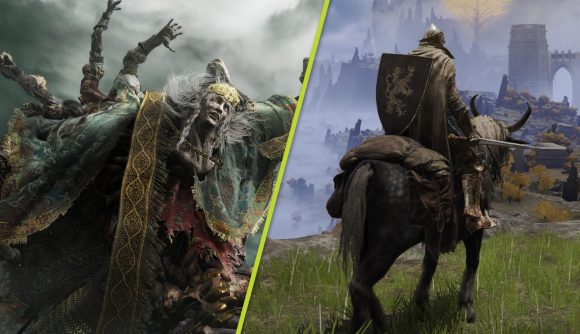 Surprise, surprise – the game we’ve all been waiting for, Elden Ring, is a smash hit in the eyes of the critics, and very soon gamers everywhere will be able to get their hands on it. While it’ll take a few days to gauge the general public’s perception, review scores on sites like OpenCritic and Metacritic are remarkably high – there are more tens being thrown about than the final week of Strictly Come Dancing…

On current-gen consoles, Elden Ring’s scores are so impressive that it is currently the highest-rated game on both the PS5 and the Xbox Series X|S, and there only a couple of games that have achieved higher scores in console gaming history. Depending on which review aggregator you look at, the numbers are slightly different, so we’ll break them down a bit here. Also, it’s worth noting that due to its size, there are still plenty of Elden Ring reviews in progress out there that are yet to slap a score on it (ourselves included), but this is how things stand at the time of writing.

Let’s start with Metacritic, where Elden Ring currently sits at an average score of 97. On both the PS5 and Xbox Series X|S, this puts it well clear of the previous top-rated game on both platforms, Hades, which achieved a score of 93. It also sees it blast past essential current-gen experiences like Forza Horizon 5.

When looking at the Metacritic scores for past generations of PlayStation and Xbox consoles, there are only two that have managed to achieve higher averages than Elden Ring’s 97 – Tony Hawk Pro Skater 2 on the original PlayStation, and Grand Theft Auto 4 on the Xbox 360. Both of these games sit at 98.

Elden Ring joins several classic console games in the 97 club too, including Red Dead Redemption 2, Grand Theft Auto 5, and The Legend of Zelda: Breath of the Wild. Not bad company, eh?

While Elden Ring tops the charts for current-gen consoles, its PC score of 95 is slightly lower. This is still enough to put it into the top ten PC games of all time though. Disco Elysium: The Final Cut remains the top-rated title on PC with 97.

It’s a similar story over on OpenCritic, where Elden Ring currently sits on a score of 96. Only one game across all platforms in Open Critic’s review records (which do only date back to 2013) has a score of 97 to beat Elden Ring, and that’s Super Mario Odyssey on the Nintendo Switch. Elden Ring shares its 96 average review score with only the three games mentioned earlier: Red Dead Redemption 2, GTA 5, and Breath of the Wild.

So, that’s pretty conclusive evidence that Elden Ring is one of the greatest console games ever made. Even if it’s rating does slide a point or two as more critics complete their reviews in the coming days, it will still be considered a classic and essential title.

If you’re planning on plunging into Elden Ring, our Elden Ring walkthrough is the place to be, as we have dozens of guides to help you out.