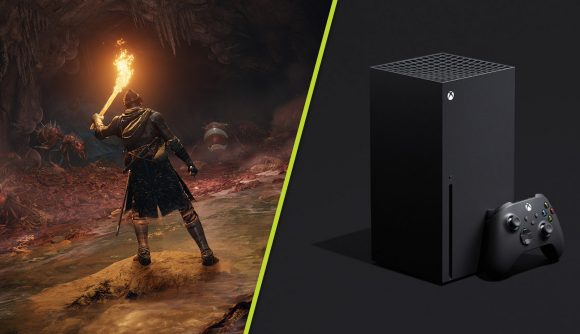 If you’re like us, you’re already counting down the days until you can finally boot up FromSoftware’s latest adventure and get to grips with it. If so, we’ve got great news for you: the Elden Ring preload has started – at least on Xbox One and Xbox Series X|S consoles.

The preload is available for anyone who’s pre-ordered Elden Ring, so if you’ve already put your order in, you can head to the Microsoft Store and get that bad boy downloading. Given the pretty hefty requirements on PC, you’ll be pleased to know its footprint isn’t too big either – at 49GB, its certainly kind on your storage space, despite being a vast open-world game.

It’s unlikely this’ll be the final size of the game though – most triple-A’s have day one patches to fix any niggling problems before you get your mitts on it, so expect that size to swell somewhat.

Either way, this is exciting news for Elden Ring fans. As far as we know, Xbox is the only platform that’s got access to the preload, so it’ll be interesting to see how the file sizes racks up against the likes of PlayStation and PC later on this month.

Oh and if you haven’t pre-ordered yet, make sure to have a peep at the best Elden Ring pre-order bonuses.