An age-old problem for Pokémon players since the very first games has been how to choose between the multiple Eevee evolutions. Back then, of course, there were only three choices, but nowadays you have to choose between eight different Pokémon, known as Eeveelutions.

Finding an Eevee is easier in the modern games than in the original Red and Blue, but knowing how to evolve Eevee is another question altogether – and the answer is slightly more complicated than you might think. You see, Eevee doesn’t evolve like most Pokémon simply through levelling up and each of the Eevee evolutions have a unique way to obtain them. Depending on the Pokémon you want Eevee to evolve into, you’ll have to try a different tactic.

We’re here to help you choose which Eeveelution you want and help you get it! Don’t worry, it’s not as complicated as it sounds.

Eevee evolutions: how to evolve Eevee in Pokémon Sword and Shield

You’ve got a choice of eight potential Eevee evolutions in the modern games, each representing a different type. You’ll need one of each to complete your Pokedex, so the first thing you’ll have to do is catch enough Eevee! 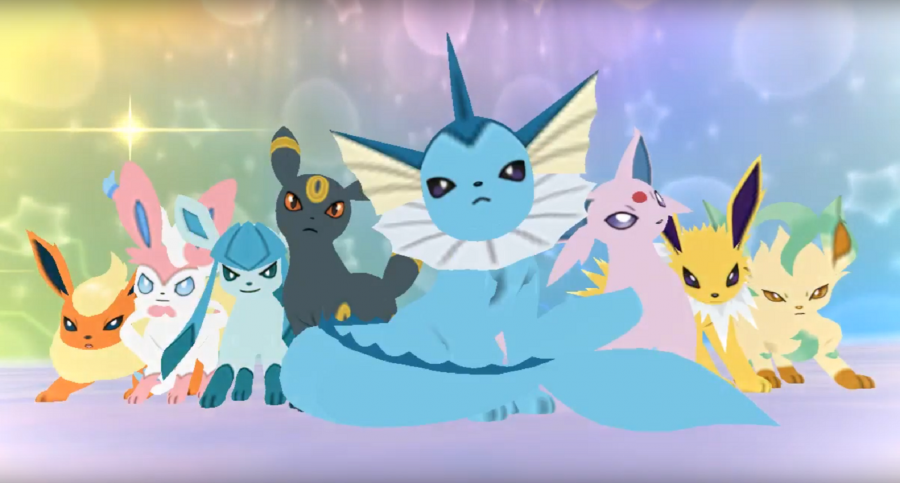 Where to catch Eevee in Pokémon Sword and Shield

In Pokémon Sword and Shield, you can find Eevee on Route 4. After you exit Galar Mine, you’ll come across some rolling fields that lead to Turffield. Eevee will appear randomly in the tall grass in this area.

Alternatively, head to the Wild Area and take part in some Max Raid Battles to get your hands on an Eevee. Jumping into battles in Bridge Field, East Lake Axewell, Motostoke Riverbank, or Rolling Fields could land you an Eevee. Defeat the powerful Dynamax Eevee using Fighting-type Pokémon (more on this in our Pokémon type chart guide) and then throw your best ball to capture it. We find Dusk Balls or Ultra Balls work best on Dynamax Pokémon.

How to evolve Eevee in Pokémon Sword and Shield

Now, you’ve got the chance to evolve your new Eevee. Here are all of Eevee’s evolutions, their types, and how to evolve them. 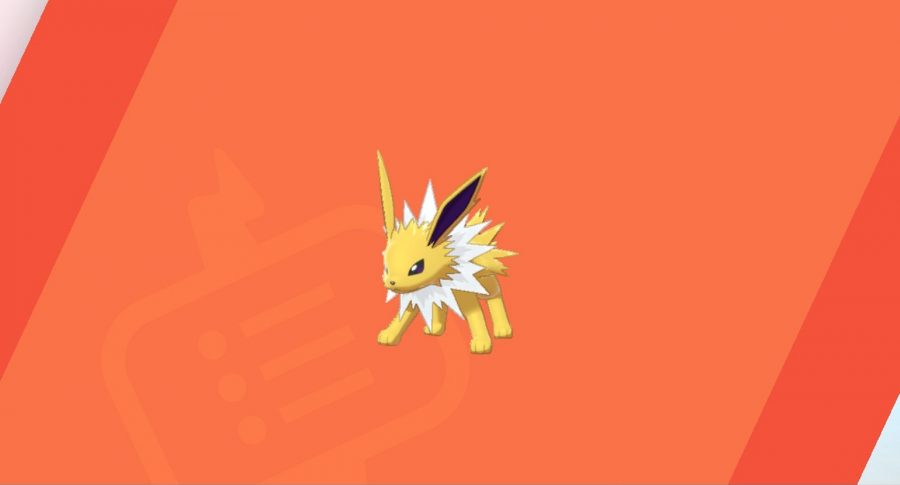 Evolve Eevee into Jolteon, the electric-type Pokémon, using a Thunder Stone. To use it, open your item bag and navigate to the Other Items pocket. Select the Thunder Stone, press ‘use this item’, and select Eevee from your Pokémon. Confirm you want to use the item, and let the evolution commence.

You can find a Thunder Stone at the highest point of North Lake Miloch, overlooking the water. It will look like a Poké Ball on the ground. 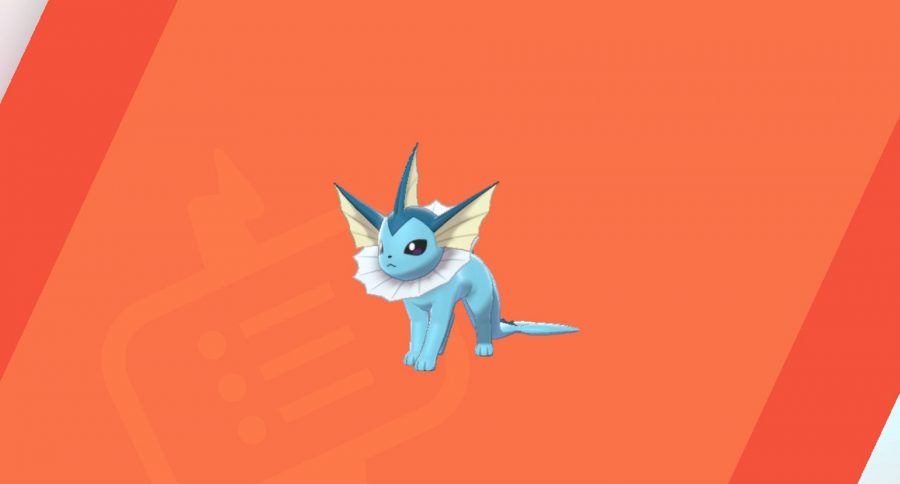 Evolve Eevee into Vaporeon, the water-type Pokémon, using a Water Stone. Follow the same steps to use it as you would with Jolteon.

You can find a Water Stone in the most western part of Bridge Field. Navigate to the Nursery (or take a Corviknight Taxi if you’re able) and head directly away from it. Keep the large bridge on your right-hand side and head towards the cliffs in front of you. Travel through the long grass to what appears to be a dead end, and pick up the Water Stone right in the corner. It will look like a Poké Ball on the ground. 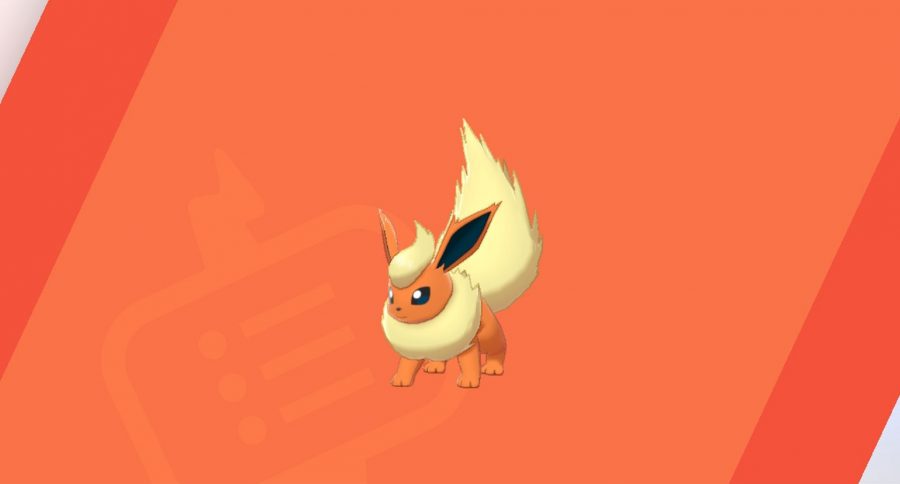 Evolve Eevee into Flareon, the fire-type Pokémon, using a Fire Stone. Follow the same steps to use it as you would with Jolteon.

You can find a Fire Stone in Motostoke Riverbank. After crossing the bridge from North Lake Miloch, take an immediate left before you hit the Snorlax. Keep between the two patches of grass and you’ll see the Fire Stone ahead of you, between some large pipes and the red brick wall. It will look like a Poké Ball on the ground. You can also find one at the northernmost spot in Potbottom Desert if you have the Isle of Armor DLC. 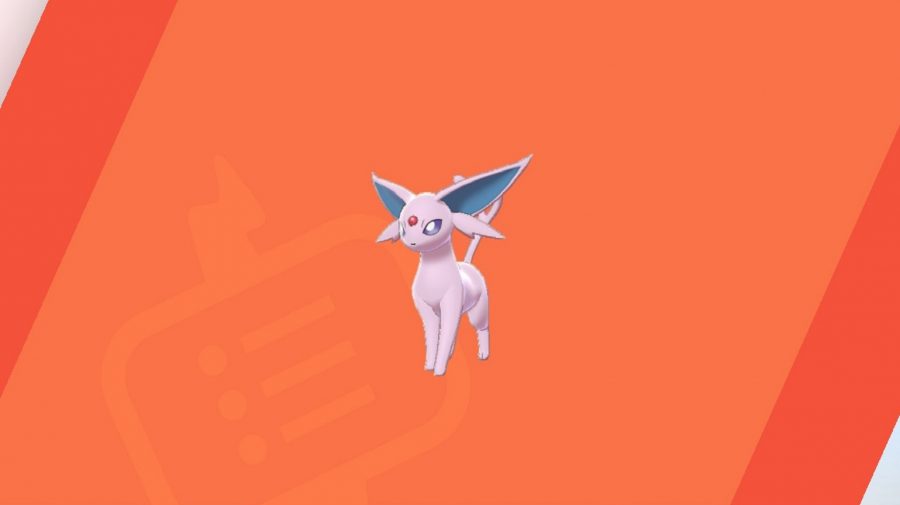 Evolve Eevee into Espeon, the psychic-type Pokémon, by levelling up during the day when Eevee has reached 160 happiness. Happiness is a hidden statistic in Pokémon Sword and Shield based on how much your Pokémon likes you. Putting Eevee at the front of your party, battling with them, and never letting them faint will gradually increase their happiness, but there are other ways to manipulate the stat.

If you’re still looking for your Eevee, try to catch it in a Luxury Ball or Friend Ball to increase its base happiness. If not, don’t worry, give your Eevee a Soothe Bell to hold as this will gradually increase its happiness as you go about your normal actions. Next, you can try making Eevee some curries in Pokémon Camp, or feed it certain berries. The berries you’ll want are: Pomeg Berry, Kelpsy Berry, Qualot Berry, Grepa Berry, Hondew Berry, and Tamato Berry. Be careful, as these will slightly lower Eevee’s stats – but if you use them as soon as you catch it, there will be no adverse effects.

You can check on Eevee’s friendship by talking to the boy opposite the first Pokemon Center in Hammerlocke. If he says any of the following things, your Eevee is friendly enough to evolve:

Make sure to level Eevee up in the daytime to get Espeon – and visit the Move Deleter in any Pokemon Center to forget any Fairy-type moves before levelling up or you’ll find yourself with a Sylveon! 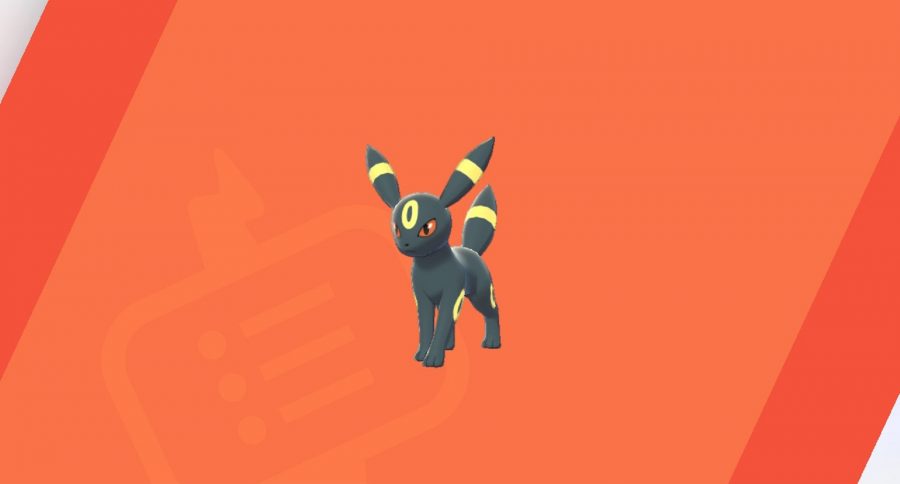 Evolve Eevee into Umbreon, the dark-type Pokémon, by levelling up during the night when Eevee has reached 160 happiness. See Espeon’s entry for full details of how to increase Eevee’s happiness.

Make sure to level Eevee up in the nighttime to get Umbreon – and visit the Move Deleter in any Pokemon Center to forget any Fairy-type moves before levelling up or you’ll find yourself with a Sylveon! 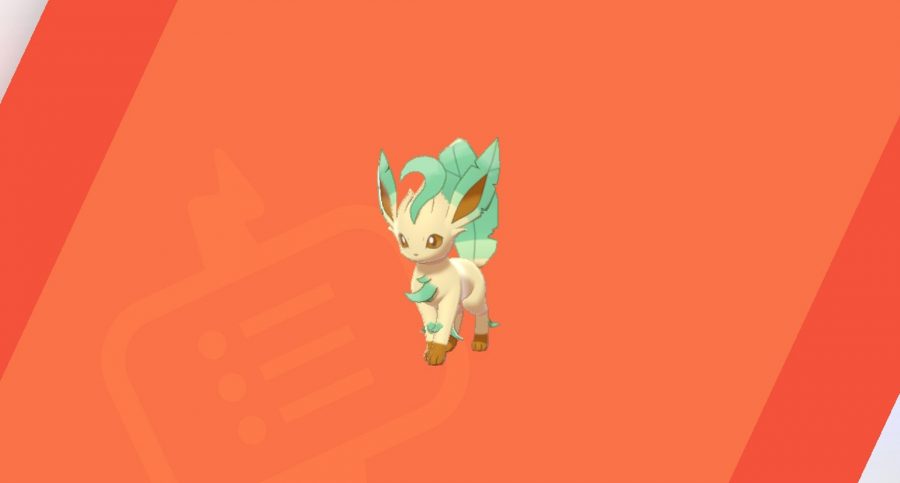 Evolve Eevee into Leafeon, the grass-type Pokémon, using a Leaf Stone. Follow the same steps to use it as you would with Jolteon.

You can find a Leaf Stone in Turffield. Start at the Pokémon Center and head left towards the huge chalk artwork of Gigantamax Toxitricty on the eastern side of the city. Just before you arrive at the neolithic hillside art, turn left and left again (going back on yourself) into a tiny cul-de-sac. There should be a sparkling item on the floor – your Leaf Stone. 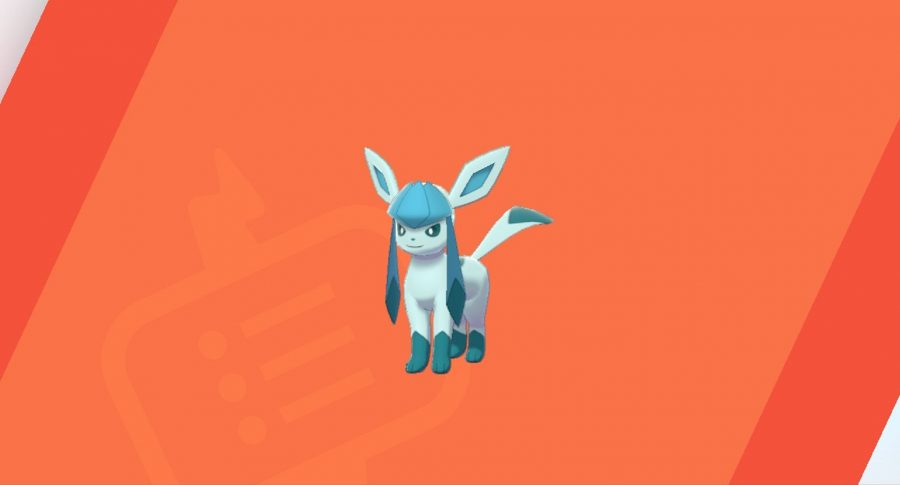 Evolve Eevee into Glaceon, the ice-type Pokémon, using an Ice Stone. Follow the same steps to use it as you would with Jolteon.

You can find an Ice Stone on Route 9. Head south from Circhester onto Route 9, and follow the road until you come to some water. Hop on your bike and follow the water to the right – watch out for the Grapploct that will try to pounce on you. Keep your eyes peeled for a sparkling item in the water to your left – this is your Ice Stone. 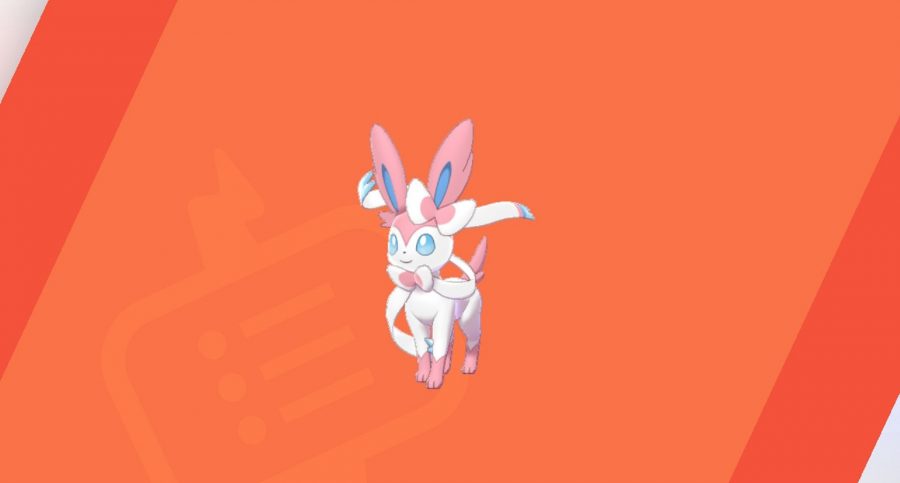 Evolve Eevee into Sylveon, the fairy-type Pokémon, by levelling up with a fairy-type move when Eevee has reached 160 happiness. See Espeon’s entry for full details of how to increase Eevee’s happiness.

You can teach Eevee TM29 Charm if you have it, or level them up to Level 15 when they’ll learn Baby-Doll Eyes. If you accidentally overwrote or deleted Baby-Doll Eyes, head to the Move Relearner at any Pokemon Center to teach Eevee the fairy move again.

One final tip for getting those evolution stones: you can also find any of them at the foot of the standing stones in the Lake of Outrage. Here, they’ll look like glittering items on the ground, and respawn every 24 hours. There’s no guarantee of which stones you’ll find, so keep checking back until you find the one you’re after.

You can also receive evolution stones from the Digging Duo – head to see the brothers near the Nursery in Bridge Field. Pay either of them 500 watts to dig up some items for you, and you might be rewarded with an evolution stone.

Eevee evolutions: how to evolve Eevee in Pokémon GO

There are completely different rules for evolving Eevee in Pokémon GO. First, you’ll need an Eevee and 25 candy to evolve it. But before you press evolve, make sure you know which evolution you want Eevee to evolve into.

Read more: Everything you need to know about Pokémon GO ranked battles

However, there is one handy trick for each Eevee evolution: using specific nicknames. If you use one of the following nicknames, your Eevee will be guaranteed to evolve into the corresponding Pokémon. However, this is a one-time only trick for each nickname, so be sure to save it for your best or most-loved Eevee.

However, if you’ve used the nickname trick already – or you’re saving it for a shiny or something special – there are some other ways to guarantee which Pokémon Eevee will evolve into.

For Espeon and Umbreon, set Eevee as your buddy and walk 10km. You need to have earned two candies while doing this, so it’s easiest to do it all at once, but can be completed in two separate 5km bursts. Then, with Eevee still as your buddy, evolve during the day to guarantee Espeon or during the night to get Umbreon. 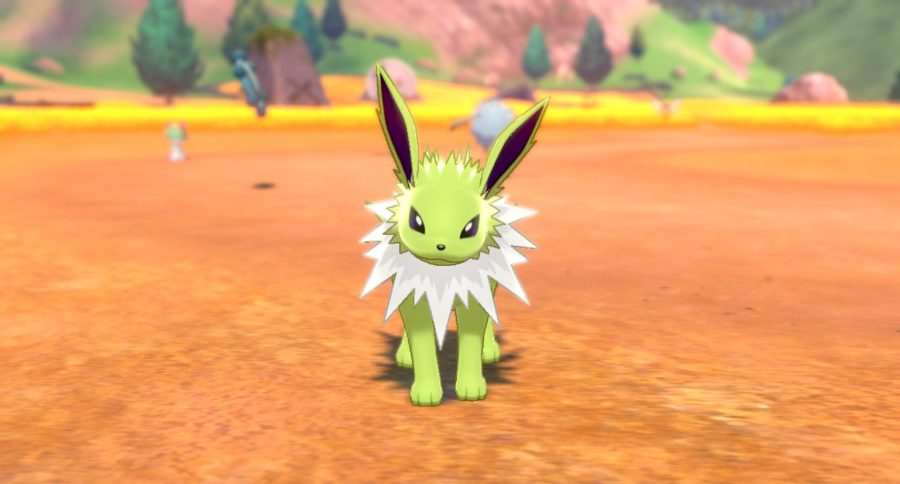 Similarly, you can guarantee to evolve Eevee into either Leafeon or Glaceon using special Lures. If you spot a Pokéstop with a Grassy Lure – or put one there yourself – spin the stop and stay in range, and Eevee will evolve into Leafeon. The same goes for Glaceon with a Glacial Lure. You’ll notice that the shadow next to the ‘evolve’ button on Eevee turns from a question mark signifying a random evolution, to a silhouette of Leafeon or Glaceon.

The final eeveelution to come to Pokémon GO, Sylveon, arrived on May 25, 2021. To evolve Eevee into Sylveon, you need to set it as your buddy and earn 70 hearts – enough to get to Great Buddies.

Unfortunately, there is no way to guarantee Eevee’s evolution into Jolteon, Vaporeon, or Flareon other than the one-time nicknaming method. You’ll just have to keep your fingers crossed and hit that ‘evolve’ button.

Getting to Level 42 in Pokémon GO

Since increasing the level cap to 50, each level after 40 has certain requirements in addition to the mountains of exp required to level up each time around. This is relevant, we promise…

To get from level 41 to level 42, one of your tasks is to evolve Eevee into all of its evolutions. There are only seven sections to this challenge as Sylveon wasn’t available when Pokémon GO Beyond (level 50) was released, but we’ll let you know whether Sylveon counts as one of the evolutions as soon as we know.

To complete the challenge, just follow the steps above to evolve Eevee seven times. Be warned: if you’ve already used the nicknaming trick on Jolteon, Vaporeon, and Flareon, it could take you a lot of tries to get all three evolutions as they are entirely random. But once you do, you’re well on your way to the big four-two.

Now you know how to evolve Eevee into all of its different evolutions in Pokémon Sword and Shield and Pokémon GO, all that’s left to do is choose which you’d like! Our vote goes to Jolteon…