Sylveon is one of the top Eevee evolutions by our estimations – it would be in S-tier if we were making a tier list based on how cool the elemental foxes look, and not many people would disagree with us. Our personal favourite, Jolteon, is a much more controversial pick, but Sylveon’s adorable design and strong Fairy typing immediately secured its place in fans’ hearts when it was released in Pokémon X and Y.

Despite having first graced the screens of a generation’s 3DS consoles back in 2013, fans are only now seeing signs of the release of Sylveon in Pokémon GO. Developer Niantic recently confirmed that Sylveon will release with the Luminous Legends Y event, which celebrates the sixth generation of main series games.

As well as shaking up the Pokémon GO egg pool, introducing shiny Galarian Zigzagoon (which is an excellent, if eye-watering, red and blue colour), and adding the next raid boss to Pokémon GO, Yveltal, the event will see Sylveon’s first appearance in the mobile game.

Whether you’re a big fan of the Fairy-type fox, or just want to catch ‘em all, here’s how you can go about doing just that:

Sylveon will release in Pokémon GO at 10:00 local time on May 25, during the second half of the Luminous Legends Y event. 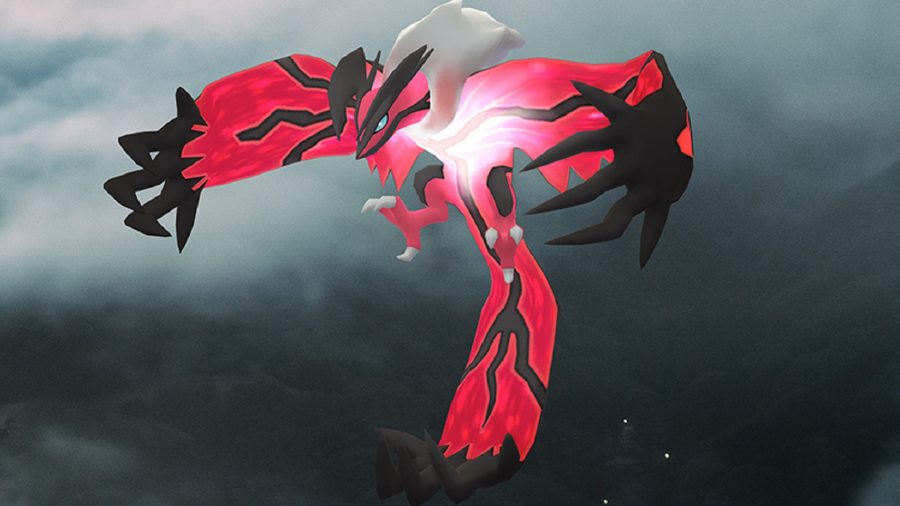 How to evolve Eevee into Sylveon in Pokémon GO

You have to set Eevee as your buddy and 70 earn hearts together in order to evolve Eevee into Sylveon in Pokémon GO. Earning 70 hearts should only take a couple of days – it’s the same number you need to get to hit Great Buddies, so use that as your marker. It’s worth noting that hearts earned before Sylveon went live don’t count, unfortunately, so you’ll have to earn 70 after 10:00 on May 25.

This goes live at 10:00 local time on May 25, but some players have found that they need to restart the app before the Sylveon evolution works. Make sure that you can see the silhouette of Sylveon on the evolve button before clicking, or you may end up with one of the other eeveelutions!

In the main series games, you have to evolve Eevee into Sylveon by showing it plenty of love in Pokémon Amie or raising your friendship, so it makes sense that getting Sylveon in Pokémon GO would involve the buddy system.

To evolve Eevee into Sylveon in Pokémon GO, name it Kira. As always with the Eeveelutions, there’s a one-time naming trick you can use to guarantee which Pokémon your Eevee will evolve into.

The silhouette of Sylveon should appear on the “evolve” button, and you won’t have to complete the buddy-based tasks. We recommend saving this evolution for a shiny or an Eevee with really good IVs.

Sylveon, the Intertwining Pokémon, is making its Pokémon GO debut during the upcoming Luminous Legends Y event! You’ll be able to evolve your own Eevee into Sylveon by earning hearts when it’s your buddy. pic.twitter.com/smsfzTAA38

Speaking of good IVs, Sylveon can hold its own in PvP, especially against those pesky Dragon-types. As one of the best Pokémon in Pokémon GO, Togekiss is generally a better option, but Sylveon is still a strong pick and is at least bulkier than other Fairy types like Gardevoir.

Most importantly, according to datamines, Sylveon learns Charm, the hard-hitting Fairy-type fast move that you shouldn’t leave home without.

For charged moves, you’ll want to set up with Dazzling Gleam if you’re taking on a gym or raid boss, but Moonblast is probably the better option in GO Battle League. Of course, you could also splash the stardust and get a second charge move slot so you’re Sylveon will be ready for anything – but then in PvP you’d probably want to use an Elite TM to get Last Resort in that slot anyway.

With fewer weaknesses than Togekiss or Gardevoir, Sylveon is perfect for tackling Dragon, Fighting, and Dark-type Pokémon. Just remember to switch out if you see a Poison or Steel-type take to the field.

That’s everything you need to know about Sylveon’s introduction to Pokémon GO.