Diablo 2 Resurrected is here, remastering the beloved RPG for both PC and consoles and delivering a visually gorgeous monster-slaying adventure. The game’s classic feel has been retained by Blizzard, and as such both fans of the original and new players want to know if they can check out Diablo 2 Resurrected on Game Pass.

Alongside remastered graphics, the game will feature a classic art style that allows you to flip the game’s visuals back to how you remember it. The RPG also has updated Battle.net support, with full cross-progression between all platforms as well, including between consoles and PC.

Diablo 2 Resurrected is currently not on Game Pass. The title is only available to purchase at retailers via a digital code or digitally from the Microsoft Store.

Still, there is always a chance this could be the first Activision Blizzard game to find itself on the service.

That covers everything you need to know about the situation surrounding Diablo 2 Resurrected on Game Pass. For games that are on the service, check out some of the new games being added to the service in our rundown of the Xbox Game Pass September 2021 lineup. 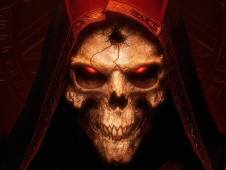