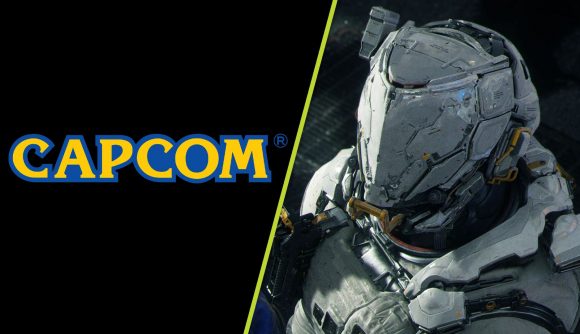 Capcom has just released its 2022-2023 fiscal year outlook and plan, which runs until March 31, 2023. Tucked away, within the presentation for the report, the company revealed that it plans to release “multiple major new titles” between now and the end of March next year.

This piece of news is interesting because Capcom currently doesn’t have any major games locked in to release between now and March 2023, besides the Sunbreak expansion for Monster Hunter Rise and current-gen ports for Resident Evil 2, 3, and 7. The publisher does have two undated games for 2023, however.

First up is Pragmata, which was revealed almost two years ago at the PS5 reveal event. Very little is known about the sci-fi adventure, besides whatever we can glean from a cryptic trailer which didn’t explain a whole lot. Secondly, there is Exoprimal, which is a co-op Dino Crisis in all but name. This was revealed earlier this year and could easily come out during the quiet month of January in 2023 due to its Japanese flavour and slightly rough graphics. Finally, we have Street Fighter 6, which doesn’t have a window as of now.

So could we see a Pragmata release date and an Exoprimal release date at Summer Games Fest? Possibly. Street Fighter 6 could also release sometime this year with EVO coming up this Summer.

However, what is even more tantalising is what Capcom doesn’t have announced. We know that Resident Evil Village DLC is on the way. But, a data leak from late 2020 seemingly revealed that Capcom originally had Dragon’s Dogma 2 set to release this year, alongside the Resident Evil 4 Remake and a new Mega Man game.

Of course, the COVID-19 pandemic likely pushed this schedule back a bit, but if these games are still in development, 2022 and 2023 could be packed years for the Japanese publisher.