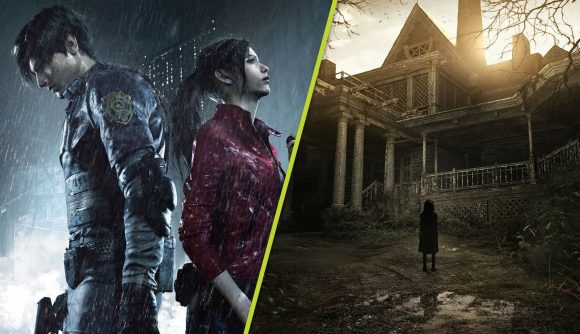 Announced by the official Resident Evil Twitter account, Capcom will be releasing enhanced versions of all three games in 2022, which appear to be more than just upping the frame rate and resolution. Although exact features and improvements weren’t mentioned, the tweet does state that they will include “visual enhancements”, which we presume includes better lighting and shadows, and possibly even ray-tracing.

On top of that, if you already own any of the games on PS4 or Xbox One, you will get a free upgrade to the current-gen versions as these upgrades will be entirely new versions of the game, rather than just a simple patch deployed later in the year.

More details will likely come in a few months time, but we can’t help but hope that additional features like DualSense support on PS5 and 3D Audio will also be added as they were implemented so well in Resident Evil Village.

Resident Evil 2, 3, and 7 are coming to PlayStation 5 and Xbox Series X|S with visual enhancements later this year! 🌿

Those who currently own these games on PlayStation 4 and Xbox One will be eligible for a digital upgrade at no additional cost. pic.twitter.com/MNPZcZBl7i

If you are planning to play their free upgrades release, you can check out some of the latest deals and savings on all of them below, so you can upgrade for free later this year.