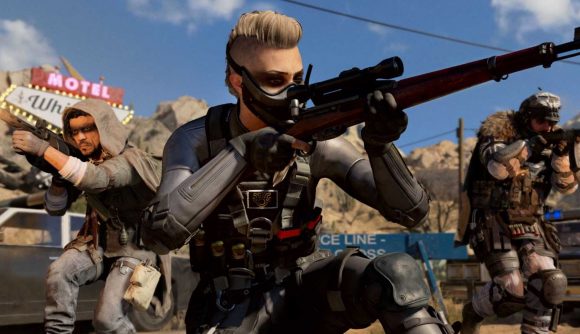 The roadmap for Season 3 of Call of Duty: Black Ops Cold War and Warzone has been revealed, and it includes six brand new weapons that will gradually be added to both titles.

Three of the six will be available straight away from the start of Season 3. First there’s the PPSh-41, a famous weapon in the Call of Duty franchise. The fast-firing SMG will be available for all players once they hit tier 15 on the Season 3 Battle Pass. A new sniper is also coming to Black Ops Cold War and Warzone: the Swiss K31. Striking a remarkable resemblance to arguably Warzone’s best sniper, the Kar98k, the Swiss K31 could well shake up the sniping meta. The gun is obtainable at Tier 31 of the Season 3 Battle Pass.

The final weapon at launch is a fan-favourite – the Ballistic Knife. This melee weapon can fire a projectile knife to one-shot opponents, and it’s one of the most iconic weapons from the original Black Ops. While it will be available straight away in Cold War through either a purchasable blueprint in the store or an in-game challenge, it will be coming to Warzone later in Season 3.

The other three weapons are all slated for release later on in the season. They include another melee weapon, the Baseball Bat, a tactical rifle that could rival the best M16 Warzone loadout, the CARV.2, and a new secondary pistol, the AMP63.

Make a name for yourself right from the start in Season Three of #BlackOpsColdWar and #Warzone.

Fans will be keeping a close eye on the AMP63, as it is billed as a fully automatic pistol. While it today received a nerf, it could become just as overpowered as the Sykov in Warzone, which has been terrorising players.

The Baseball Bat, CARV.2, and AMP63 will all be obtainable via in-game challenges or blueprints.