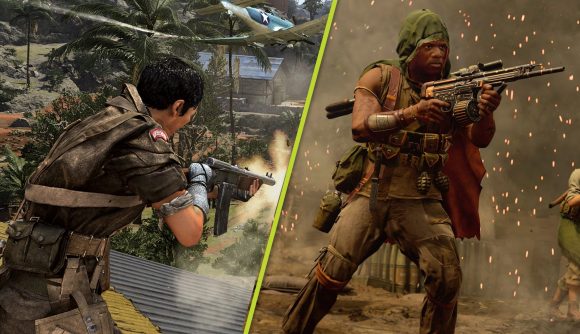 Call of Duty Warzone Season 3 will go down as the ‘season of the meta shift’ after snipers, assault rifles, and submachine guns all received extensive weapon balance passes by Raven Software.

The majority of the changes in the most recent Warzone Season 3 patch notes focused on altering damage outputs for Vanguard weapons, and weapon stats guru ‘TrueGameData’ has been checking out what that means for that all important time to kill on Warzone’s arsenal of SMGs.

His number crunching has revealed that, despite guns like the MP40 and the Owen Gun being the go-to picks in Season 3 so far, they are nowhere near the fastest-killing close-range SMG in Warzone right now. That honour now falls to the incredibly underused Type 100. At all ranges, the Type 100 will send opponents to the gulag quicker than any other viable SMG. Use TrueGameData’s combination of attachments in a Type 100 Warzone loadout, and the only thing doing more DPS will be Godzilla next week.

However, this rapid TTK build of the Type 100 does have its drawbacks, which might make some people think twice about ditching their trusty MP40 Warzone loadout.

There will be a fair amount of recoil to control – albeit, recoil was improved in the Season 3 update this week – and TrueGameData’s build comes with only 36 bullets in the mag. While this is no issue for taking on one or two enemies, if you’re looking to play Trios or Quads, you’ll have to be very tactical with your reloads and precise with your shots so that you don’t waste any precious ammo.

But, if you love playing aggressively in Caldera or Rebirth Island, and don’t mind those drawbacks, this is hands down the best SMG in Warzone Season 3 right now. It’s so good, it’s made its way onto our list of the best Warzone guns.

To see which other weapons have benefitted from the Season 3 updates, check out our Warzone meta guide.