In Call of Duty: Warzone, the guns have always been king. The main focus of everyone’s loadout is straight up slaying power and running two of the best Warzone guns side by side.

While this makes for excellent gunplay, Warzone has always lacked additional tactical layers when it comes to creating a class and team composition. Developer Raven Software has recently put huge amounts of time and effort into balancing the gun meta by tweaking 50% of the game’s primary weapons in a single, Season 4 Reloaded update. Players have always wondered why the same attention can’t be given to other aspects such as perks.

Well, it looks like the tide may finally be beginning to turn. Not only did the Season 4 Reloaded update make the first change to a perk for a very long time, but Raven has promised similar reworks and even brand new perks in the near future.

In todays update, it was Killchain – one of the least used perks in the game – that was improved, increasing the chances of finding all current killstreaks (including the new Warzone Sentry Gun) in regular loot.

In the patch notes Raven says that next on its list is High Alert. While this is already a handy perk, used by a small minority, Raven wants it to become the counter to the incredibly overpowered field upgrade Dead Silence. 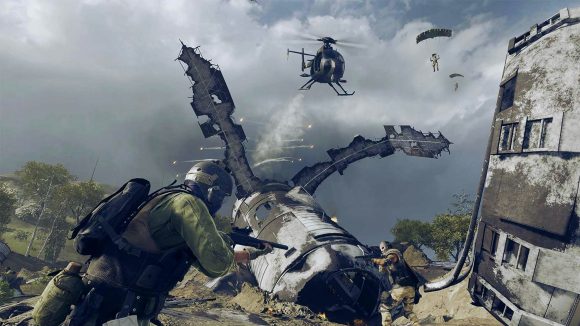 Not only are these reworks going ahead, but for the first time since the game launched well over a year ago now, we’re getting all-new perks.

“We are excited to share that we are planning the debut of two new Warzone-specific perks,” Raven says. While no timeframe was given, the start of Season 5 sounds like a reasonable time to expect them.

This is possibly the start of a major overhaul and rethink about perks and field upgrades that could make strategy and team composition just as important as the guns in Warzone.