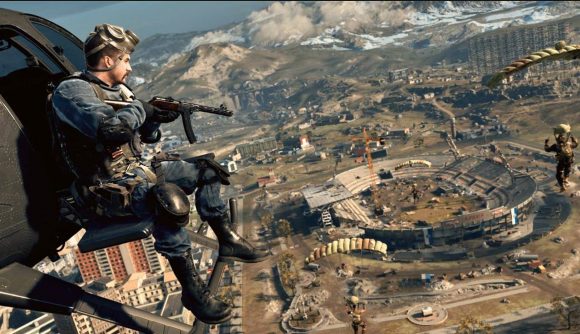 Welcome back folks to another edition of our Warzone loadout of the week series, in which we highlight a particularly broken, impressive, or straight up unusual class from the last seven days.

This week, we’re looking into the curious case of a long-forgotten SMG that, with one specific attachment, now suddenly has one of the fastest time to kills in the game right now. Look no further than the Modern Warfare AUG.

While several popular SMGs, such as the MAC-10, LC10, and Milano, all received nerfs in the recent Season 4 Reloaded update, the MW AUG escaped with a slight decrease to its headshot multiplier and a buff to its damage numbers. With everything else around it being brought down a peg, and the community remembering about a certain attachment that would improve its time to kill even further, suddenly the AUG is a pretty viable SMG choice in Warzone right now.

On the hunt for a great AUG loadout (and some disgusting gameplay to boot), we found this great build from YouTuber ‘Westie’, who certainly means business by pairing an ancient SMG (the AUG) with the game’s newest SMG (the OTs 9). It’s a surprising but strong combination.

Here are all the details for this AUG SMG Warzone loadout – including that secret ingredient that makes it one of the best guns in the game right now.

This loadout my look odd on paper – and well, I suppose in the current meta, it is. Not only are we digging up a Modern Warfare gun many of us had long forgotten about, but this AUG SMG is built out with some of your typical AR attachments.

But which one is the golden attachment that makes this gun a beast? It’s the ammo.

By giving the AUG 5.56 rounds using that NATO 60 Round Drum Mag, you seriously boost your damage output.

While you’re not going to be beaming at long range like you would do with your Krig Warzone loadout, for example, this will act a bit like your main AR in this loadout due to its decent damage and range.

Now onto the second SMG of this class… 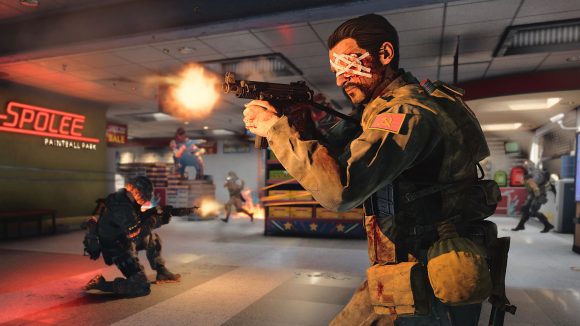 The build for the OTs 9 in this loadout is the one featured in the Undercover Agent blueprint that Westie is running. While it is a decent set of attachments, it admittedly isn’t the optimal build.

For that, consult our OTs 9 Warzone loadout guide.

While Westie runs two pretty standard perks (Overkill and Amped), he uses a less common one for his Perk 1 slot. Instead of the usual Double Time or E.O.D., he uses Quick Fix, which gives you fast health regeneration when you down a player.

For equipment, he uses Thermites and a Heartbeat Sensor.

So that’s Westies rather unusual double SMG class, featuring the incredibly powerful 5.56 loaded AUG. Is it a Warzone meta buster? Not really, but it is an unusual loadout that can still carry you to a bunch of kills once you get to grips with it.