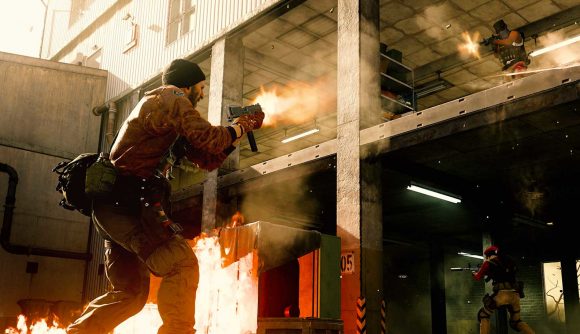 While he made a name for himself slaying on the main stage of pro Call of Duty events, Thomas ‘Tommey’ Trewren is now frying in a whole new arena: Verdansk.

The 100 Thieves Call of Duty: Warzone streamer is one of the best in the business right now and is a tournament regular who more often than not walks away with a wad of prize money and a ridiculous kill count. But what use is all that talent if you aren’t going to pair it with a ridiculously strong loadout? Well, his most recent class for big-money tournaments is one of the most powerful yet, combining two of the best Warzone guns: The CR-56 AMAX and the MAC-10.

While this has been a pretty staple loadout combination in the past, the current meta – which is the most balanced and diverse it’s ever been – has seen people branch out away from the likes of the AMAX and MAC-10. However, in the hands of a top-tier player like Tommey, you have all the proof you need that this loadout is certainly still worth running in Warzone.

Sure, it might not be quite as maverick as last week’s standout loadout (a combination of two very underused weapons, courtesy of Nick ‘NICKMERCS’ Kolcheff), but if you this class doesn’t bump up your kill count in Warzone, then we don’t know what will.

Here are all the details on Tommey’s new loadout, including attachments, perks, and equipment.

While it’s not listed explicitly in his recent content, Tommey’s AMAX build appears to use the popular, bread-and-butter lineup of attachments to turn the AMAX into a long-range beamer.

This is also the classic and highly-used build in our best AMAX Warzone loadout guide.

This is where things get a wee bit interesting, as Tommey uses a rather underused attachment in this particular MAC-10 build. The Tiger Team Spotlight has been picked here to juice up the MAC-10’s already great movement stats even more.

It is worth noting that this will require excellent recoil control as there is no grip attachment to help out. Plus, the Tiger Team Spotlight also knocks your aiming stability. If you’re struggling to hit your shots, you could swap the Spotlight out for a Field Agent Grip.

In the equipment department, Tommey uses a Heartbeat Sensor for his tactical and Semtex as his lethal.

While this AMAX and MAC-10 Warzone loadout might not be the most unusual that we’ll highlight in this series, it’s certainly one of the strongest. Be warned, that there is a high skill ceiling to this MAC-10 in particular, and while it may look deadly in the hands of a seasoned player like Tommey, it may not work out for some casual players.