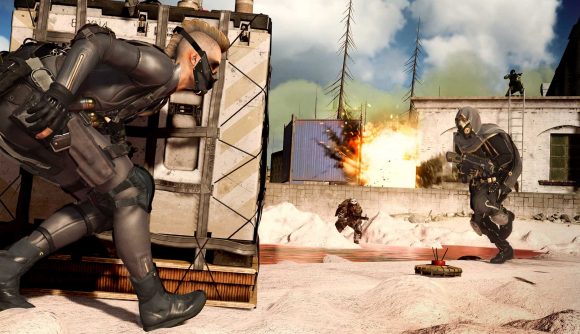 With recent updates making Call of Duty: Warzone’s meta the most balanced it has ever been, there is now more opportunity than ever to start experimenting in Verdansk and uncover some surprisingly strong loadout combinations.

Because of this, we’ve decided to launch a new weekly content series in which we scour the internet to find some ridiculously powerful or leftfield Warzone loadouts. If you’re bored of running the same loadout over and over again in Season 3 and want to change things up, this is the place to find something new. Sure, our weekly picks might not always feature the best Warzone guns (this week being a prime example) but we want to showcase some surprisingly strong loadouts being dreamt up by streamers, YouTubers, tournament regulars, and even casual players.

This week, NICKMERCS decided to run a rather experimental loadout, bringing his trusty PKM out of retirement and pairing it up with a very underused SMG, the AS VAL.

With LMG’s dropping in usage in Season 3, and the likes of the MP5, MAC-10, and LC10 all often being picked over the AS VAL in the SMG department, the odds of coming up against this loadout are very slim.

But that doesn’t mean you shouldn’t be using it – as you can see from NICKMERCS’ gameplay, this PKM and AS VAL combo packs a punch.

Here are all the details on this loadout, including attachments, perks, and equipment.

While this build will tank your mobility, who the hell cares? It’s a damn LMG, and the benefits of extra range and accuracy far outweigh the drawbacks. This is such a great build, we’ve even made it the centrepiece of our best PKM Warzone loadout guide.

This is a really balanced build for the AS VAL, making it very LC10-esque. It’s a slightly maverick pick for a close-range weapon in Season 3, but it was still putting in work in the hands of NICKMERCS.

For this loadout, NICKMERCS is running the perk combination of Double Time, Overkill and Amped.

If you’ve watched NICKMERCS in the past, you’ll know that he’s always running a Heartbeat Sensor in that tactical equipment slot. He’s also running Semtex in his lethal slot.

So, that’s our pick for our very first loadout of the week. It’s a bit of a strange one, but with how open the meta is right now, it’s the perfect time to try some wacky combinations out. Give it a try, if you’re bored of running that AMAX every day.