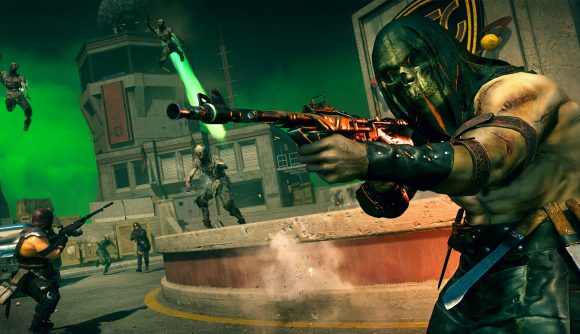 It’s been less than 48 hours since the Warzone Season 4 Reloaded update dropped, delivering a much needed weapon balancing sweep to put an end to the mind-numbing two-gun meta the battle royale game had stumbled into. Among Raven Software’s dozens of tweaks was a buff to a faithful companion for many players during the Modern Warfare era of Warzone, and as a result, its pick rate has already began to soar.

We are talking of course about the Kilo 141, an assault rifle that pretty much anybody that played during the OG Verdansk days will have had in their best Warzone loadout at some stage. The Kilo was renowned as a dependable and versatile weapon that could be built out for either long-range beaming or mid-range firepower and agility.

With Season 4 Reloaded giving the AR a decent damage boost, players have started to dig around in their arsenals and blow the dust off their old Kilos to use in the battlefields of Rebirth Island, Fortune’s Keep, and Caldera.

According to stats from WZRanked, the Kilo (which before the Season 4 Reloaded update floated at around a 2.5% usage rate) is now currently sitting at a usage rate of around 7.5%, and is tracking to climb even higher and overtake the now in-decline NZ-41 as not only the best AR, but the best Warzone gun in the game right now.

The reason for this huge spike is that not only is it now stronger, it’s also a gun that most have levelled up completely, due to so many players running a Kilo Warzone loadout back in the day.

As mentioned before, the Kilo isn’t the only gun to see a big swing in usage in the short time since the Warzone Season 4 Reloaded update dropped. After dominating the Warzone meta for what has felt like an eternity, the NZ-41 finally copped a substantial nerf and is falling in usage. It’s the same story with the Marco 5 SMG, which was the post popular close-range gun by a considerable margin.

Hopefully, the Kilo doesn’t just become another overpowered outlier like the NZ-41, and other guns will also rise in usage alongside it for the remainder of Season 4. If that doesn’t happen, expect to be transported back to the Verdansk days when you inevitably get mowed down from a distance by a Kilo-wielding enemy.