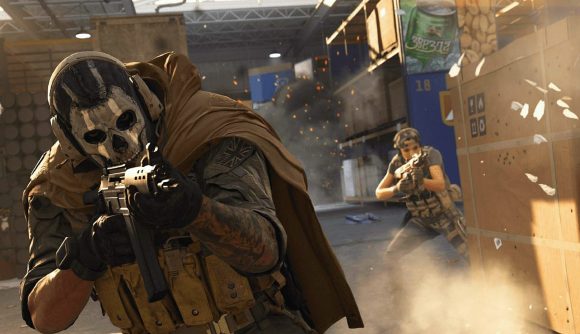 Raven Software, the developer of Call of Duty: Warzone, has banned over 350,000 cheaters to date, including nearly 50,000 in the last week alone. The battle royale game is plagued by cheating problems – as many competitive FPS games are – despite the developer enhancing its anti-cheat software back in February.

The team revealed that its internal anti-cheat software was being enhanced in a blog post, which also announced that a banwave that day had removed 60,000 cheating accounts. The blog explained that this took the number of permanently banned accounts to over 300,000 since the game’s launch 11 months prior.

In the two months since, Raven Software has added another 58,000 accounts to its banlist, including 45,000 in the last week alone – that’s over 100,000 in the last two months. The developer has also revealed three other banwaves which booted an undisclosed number of cheaters from Warzone, so the number of worldwide bans is likely even higher. Raven Software’s “zero tolerance” approach to cheaters is removing accounts at a rapid pace, but players are still finding rulebreakers in their lobbies.

The team said in February that it “will not stop in [its] efforts” to curb the rampant cheating problem, and as well as banning cheaters from the game, it is looking to “identify and address cheat providers at the source, who distribute unauthorized third party software for modding or hacking.”

The fight against cheating in #Warzone continues. https://t.co/v1SxErsUzX

Raven Software promised in February that it was committed to providing “regular communication” with players and “consistent and timely bans,” which it appears to be making good on so far.

If you’re headed into Verdansk now the latest wave of cheaters has been banned, then make sure to pick up one of the best Warzone guns. Whether you want the best MAC-10 Warzone loadout for close range or to try out the new sniper rifle with the best ZRG Warzone loadout, we’ve got you covered.