The Groza has struggled to make a name for itself in Call of Duty: Warzone, but thanks to a very generous buff at the beginning of Season 4, the assault rifle could be back on the menu.

While existing top assault rifles like the AMAX, Kilo, and Krig will all still see a lot of use, expect to see the Groza’s usage rate fly up in Season 4. While it does still have its trademark slow fire rate, this has been counteracted by a massive damage buff, which means the Groza can finally go toe to toe with its AR brethren. Is it going to rule the Warzone meta? Most likely not. But at least it can now hold its own.

So if you enjoyed using the Groza in the past, now is the perfect time to dust it off and show it some action once again. Or, if you’ve never used the Groza before but were intrigued to find out more after it featured in the Warzone Season 4 patch notes, give it a shot next time you’re dropping into Verdansk.

We’re here to bring you the best build possible for the ultimate Groza Warzone class in Season 4.

This Groza build looks to capitalise on that generous damage buff by, well, making its damage even better. Thanks to the Spetsnaz Speed Grip it is also steady as a rock and is easy to control while you unload all 60 of your bullets into an enemy team.

Of course, as a mid-to-long-range build, a 3x scope is pretty standard for any AR kitted out this way.

It is worth noting that this build really punishes your mobility, so if having super fast ADS and movement is important to you, maybe consider checking out our best RAM-7 Warzone loadout instead.

The perfect partner for the Groza would be a super versatile and dependable SMG, like the LC10 or the MP5. Check out our best LC10 Warzone loadout and our best MP5 Warzone loadout to get the perfect combination of attachments for either gun. 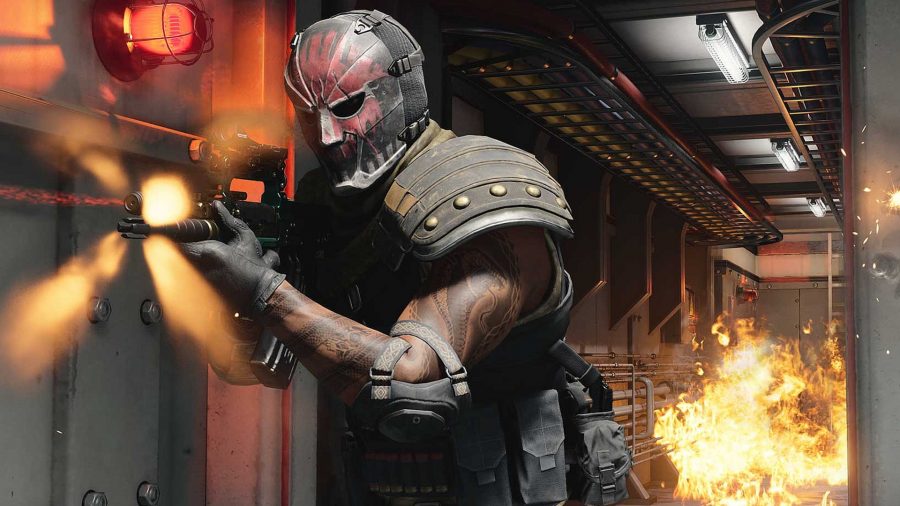 So, with guns out the way, let’s talk perks. To be honest, this is quite a standard ‘AR + SMG = success!’ class, so we don’t need anything too out of the ordinary here. Double Time, Overkill, and Amped is the tried and tested trio of perks.

For equipment, a Heartbeat Sensor and Semtex will round out this loadout.

There you have it then, a lethal Groza class for Warzone Season 4. While it isn’t the very best AR in Warzone right now, it’s certainly not one of the worst any more. Give it a try, and see what you think.