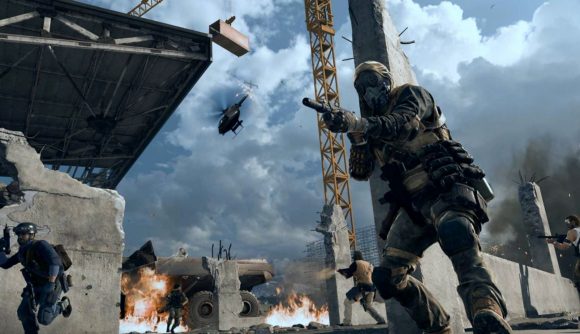 Despite its efforts in recent weapon balancing updates, Raven Software has had to once again dish out a nerf to Call of Duty: Warzone’s CR-56 AMAX assault rifle. Widely regarded as the number one long-range weapon in the game and a mainstay in most pro players’ best Warzone loadouts, the AMAX has had to be dragged down in order to balance out the meta.

While the most recent nerf is only a small one, it is clear that Raven will continuously be chipping away at the AMAX until it is in line with the rest of the game’s long-range assault rifles. This week, it’s the AMAX’s headshot multiplier that is getting taken down a peg. It has been decreased from 1.62 to 1.5 in order to increase its time to kill. Whether this will impact the best AMAX Warzone loadout too much remains to be seen.

As Raven explains in the patch notes, the AMAX has “continued to display disproportionate levels of dominance” in the long-range meta, despite it being far less powerful than it once was. The Warzone developer also admits that “it will take some time to adjust to a landscape where the CR-56 AMAX is not the undisputed king of long-range automatic weapons.”

Elsewhere in weapon tuning land, your best FARA 83 Warzone loadout for long-range has just got a tad better. The guns recoil has been reworked so it is more controllable at long distance, but hip fire spread has been increased to make it less viable at close range.

There is also a small buff to the AUG tactical rifle, which Raven says got nerfed a bit too heavily when there was the mass clamp down on overpowered tactical rifles a few months back.

Includes changes to the Cargo Truck spawn rate, Weapon balancing, and fixes to various other issues.

The Season Three Reloaded patch notes have been updated (see *May 27th): https://t.co/ArqHx0sSfX

Screenshots in thread below.

Elsewhere, a number of Black Ops Cold War optic attachments have been reworked to provide much cleaner vision when aiming down sights.

There are also a number of bug fixes, and solo players have finally had their biggest wish granted: cargo trucks (or Berthas depending on which streamer you watch) are having their spawn rate slashed in solos. Huzzah.